On Labor Day, the last day of summer before 250,000 Track R Chicago Public School students began classes, thousands of their teachers took to the streets to rally around City Hall and CPS headquarters.

As the Sept. 10 teacher strike date nears, parents, students and supporters joined the Chicago Teachers Union and other public employee unions at a Labor Day rally centered at Daley Plaza in the Loop.

As has been the case in the past, CBS reports that the rhetoric at the teacher rally emphasized the disconnect between union president Karen Lewis and Chicago Mayor Rahm Emanuel, whom Lewis accused of actively withholding resources from CPS students and teachers.

"He’s a liar and a bully," Lewis said of Emanuel while addressing the crowd, according to the Chicago Sun-Times.

On Monday, the mayor's office told WLS that the city and the teachers union had met all weekend, and would continue to talk this week about pay increases, job security and other unresolved issues. The union says the standoff is about more than salary: Lewis called it "a fight for the very soul of public education," according to WLS.

“The news media makes it out that it’s just about salary,” teacher Mike McCormick told the Sun-Times. “But really we are fighting for public education and strong neighborhoods.”

At Monday's rally, Lewis told the crowd that she remains "hopeful" that the city, district and union can agree on a new contract and avoid a walkout, the Chicago Tribune reports. The union president placed responsibility for the strike on the city's shoulders during the rally, pointing to shrinking school budgets and highlighting the impact of budget cuts on students.

While activists assembled in the streets, the district circulated their contingency plan to keep students in school if teachers leave next week. The "Children First Plan" would keep 145 schools open from 8:30 a.m. - 12:30 p.m., halting instruction but offering "positive activities" like journaling, independent reading and athletics, according to CPS. Park District summer camps will extend their hours and offer online learning opportunities at city libraries, and breakfast and lunch will still be provided.

As talks continued Tuesday, Lewis' "bully" will be noticeably absent: Emanuel is scheduled to speak at the Democratic National Convention in Charlotte, a trip that the Chicago Republican Party urged the mayor to skip due to the teacher strike talks and gun violence in the city.

The mayor ultimately decided to cut his visit to Charlotte short, according to Politico.

"If he's going to go to Charlotte, he better go make a speech and get back here pronto because he looks like he's taking his eye off the ball," journalist Laura Washington told ABC Chicago of Emanuel's DNC speech. 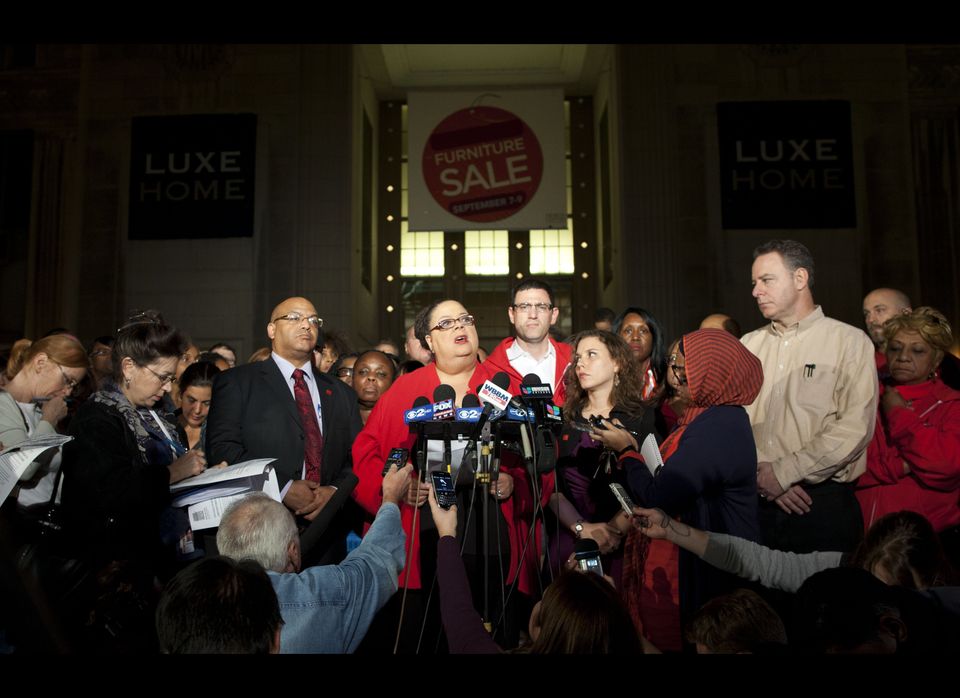