The standoff between Chicago Mayor Rahm Emanuel and the city's teachers' union appears to be nearing resolution, several sources close to the situation tell The Huffington Post.

Neither side, as of Thursday evening, was willing to declare victory, both because negotiations remained unsettled and because any triumphalism had the potential to alienate the opposition. But a source in the room in Chicago said that the thorny issue of teacher evaluations was mostly settled Thursday evening, though several other issues remain outstanding -- including teacher salaries, the school calendar and so-called recall rights.

According to both political and education officials, Emanuel is under pressure to resolve the standoff with the Chicago Teachers Union in a timely matter. Two sources close to negotiations tell HuffPost that the Obama campaign is concerned a prolonged strike would depress voter enthusiasm among teachers -- a key Democratic constituency -- in the weeks leading up to the election. Already, Mitt Romney's presidential campaign has used the strike to try to drive a wedge between the education reform community (in this case, personified by Emanuel) and the Obama White House. Seeing an opening, the Romney campaign announced the creation of "National Educators for Romney" on Thursday evening.

Randi Weingarten, head of the American Federation of Teachers, has worked with Emanuel for years and is closely involved in the negotiations. Asked if he was caving under the pressure, she told HuffPost, "It's not a cave -- everyone is working towards a settlement."

The Chicago Teachers Union is a local of the American Federation of Teachers, the nation's second-largest teachers union.

"All I can say is that the parties are working hard at the table to resolve this," Weingarten added.

Sarah Hamilton, a spokeswoman for Emanuel, said it was "absolutely not true" that the mayor had been urged by either the White House or the Obama campaign to settle the strike.

"There is no pressure from the White House," she told HuffPost, "And there is no pressure that would work, because they know that the mayor firmly believes in what we are trying to achieve -- to reform the education system for our kids."

An official with the Obama campaign echoed Hamilton's line, saying the campaign was not pushing the mayor one way or another to resolve the issue.

A Democratic education policy operative, who, like others, would speak only on condition of anonymity to discuss the state of sensitive negotiations, outlined the landscape this way: "I think Rahm is facing a tremendous amount of pressure locally as opposed to from the administration on this strike. With 300,000 kids not in school, there is naturally going to be a lot of pressure on the mayor, but there's also pressure on unions to settle this quickly."

As Obama's former White House chief of staff and, until recently, a chair of the Obama campaign, Emanuel is well aware of the political implications of the teachers' strike. An official who worked under Emanuel suggested that the White House wouldn't need to "communicate to Rahm the importance of winding things down."

The mayor isn't the only one gaming out the ripple effects of the standoff. Teachers and union officials, of course, were aware of the looming election when they called the strike and likely recognized the political headwinds Emanuel would face in letting this drag out over the longer term.

By late Thursday, signs were pointing to a forthcoming resolution. The negotiating caucus of the Chicago Teachers Union sat in a room at the Hyatt with city officials, finding out the details of the city's latest offer. The Rev. Jesse Jackson was present to help the parties find common ground.

"Last night was one of the first conversations that we've had that has been truly meaningful in reaching an agreement," said Becky Carroll, a spokeswoman for the Chicago Public Schools. "We're very hopeful that we're going to reach a resolution and get our kids back in class."

Teachers across the city shared lesson plans with parents this week in the hope that students would be back in school this coming Monday -- a distinct possibility according to a national union source briefed on the negotiations.

The American Federation of Teachers had planned on encouraging other locals from across the country to show their solidarity with the strikers at a rally this weekend, but on Thursday, a well-connected teacher in Chicago said he had heard from one teacher outside Chicago that the union had directed its locals not to provide busing because Weingarten herself said she was going to work things out with Emanuel to end the strike.

An Illinois state law passed one year ago made it harder for the Chicago union to strike by requiring 75 percent of its membership to vote in favor. The union had no trouble clearing that bar; 90 percent of Chicago teachers voted to strike this summer after months of sparring with the city.

And teachers aren't the only ones in favor of the strike. A poll conducted by We Ask America found that 56 percent of 1,344 Chicago voters surveyed said they approved of the decision to strike; 40 percent said they disapproved. The strike is especially popular among the city's minorities: 63 percent of African Americans and 65 percent of Latinos approved. Support was also strong among whites.

The strike has been ongoing since Monday, with the union, which represents nearly 30,000 teachers, demanding major changes to the Emanuel administration's education agenda. The union has said it wants a guarantee that principals will be forced to rehire laid-off teachers before looking for new ones, an issue that has come to be known as recall rights.

The union has also demanded significant changes to the way the Emanuel administration wants to evaluate teachers, asking for less of an emphasis on standardized test scores and an overhaul of the consequences associated with the rankings. (An Illinois state law passed recently requires standardized tests eventually to count for 30 to 50 percent of teachers' overall ratings.)

Karen Lewis, president of the Chicago Teachers Union, has said the strike has broader pedagogical goals as well. As she and many other Chicago teachers have explained, class sizes in some schools are exploding and the system doesn't have enough social workers or, in many cases, desks or textbooks. Many teachers have reported teaching in 90-degree weather, since not all school buildings have working air conditioning. 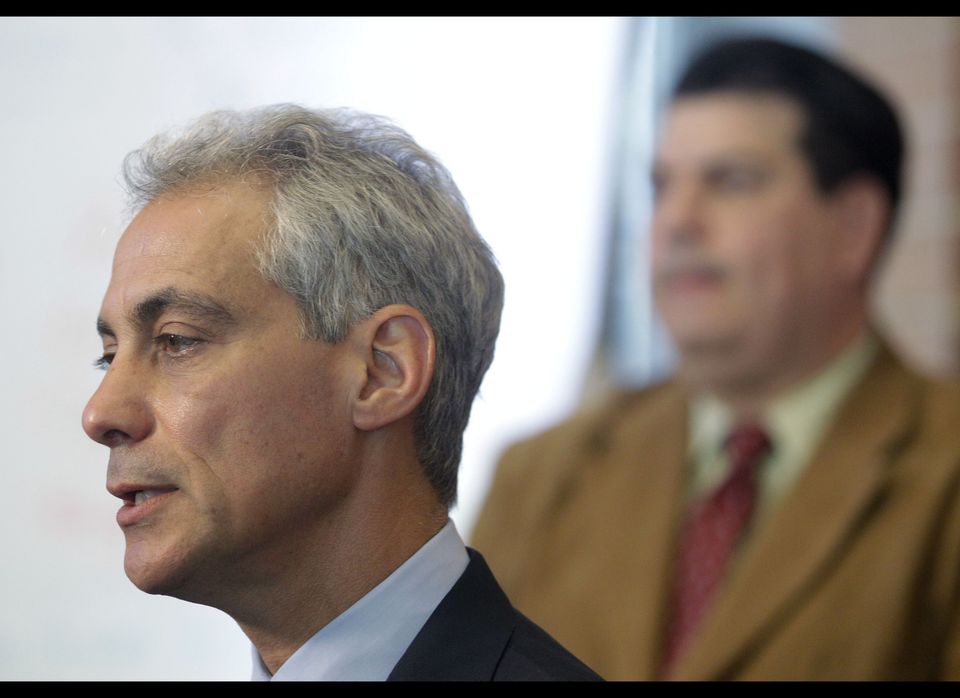 1 / 9
Rahm Emanuel
Chicago Mayor Rahm Emanuel has been <a href="https://www.huffpost.com/entry/rahm-emanuel-chicago-mayo_2_n_1870185?utm_hp_ref=chicago-teachers-strike" target="_hplink">the driving force of pushback </a>against the Chicago Teachers Union strike, <a href="https://www.huffpost.com/entry/jean-claude-brizard-rahm-emanuel_n_1846307" target="_hplink">aligning himself with the Chicago Public Schools board and its CEO, Jean-Claude Brizard</a>. Unlike Brizard, Emanuel has been an especially advocate of continuing negotiations, but ending the strike. When presented with comments from Mitt Romney,<a href="https://www.huffpost.com/entry/rahm-emanuel-chicago-teachers-strike_n_1871569" target="_hplink"> Emanuel said he doesn't give 'two hoots' </a>about insights into the strike from outside Chicago. "Of the two issues that are really at the crux here, there is nothing that can't be worked through <a href="http://www.suntimes.com/15101839-761/emanuel-urges-striking-teachers-back-to-work-while-talks-continue.html" target="_hplink">while our kids stay in the classroom</a>." -- Chicago Mayor Rahm Emanuel speaks during a news conference at Tarkington School of Excellence in Chicago, Tuesday, Sept. 11, 2012 as Vincent Iturralde, right, principal at at Tarkington listens. (AP Photo/M. Spencer Green)
AP