AsBlack Lives Matter protests have captivated the nation over the past month, artists in Chicago used a different kind of medium to shed light on America's racial divide.

And they took over a whole train line on Friday to do it. A group of more than 100 artists gathered at a downtown train station just before the 5 p.m. rush hour commute, boarding every Red Line train in both directions to demonstrate with signs, chants, and performances.

According to spoken word artist and activist Ayinde Cartman, the protesters were met with a range of responses. Some train riders simply put in their headphones or avoided eye contact, while others took part in chants and a few even asked how they could be a part of future demonstrations.

The goal of organizers, according to a news release, was to “creatively and peacefully engage train riders who may otherwise be distracted our checked out, particularly as many move onto their holiday break.”

“The intention was to disrupt, and in the most productive and constructive way possible,” Cartman told HuffPost. “We were trying to include you, rather than separate you from the movement. On the train, folks didn’t have a choice but to experience it.” 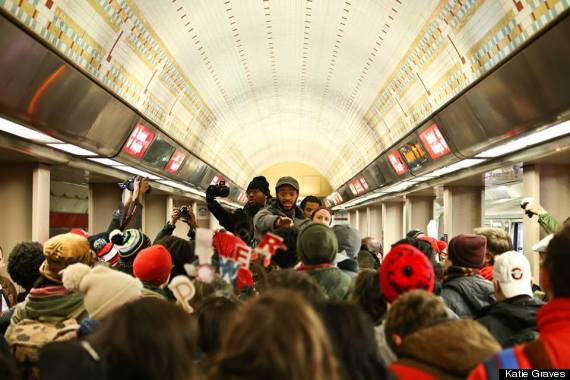 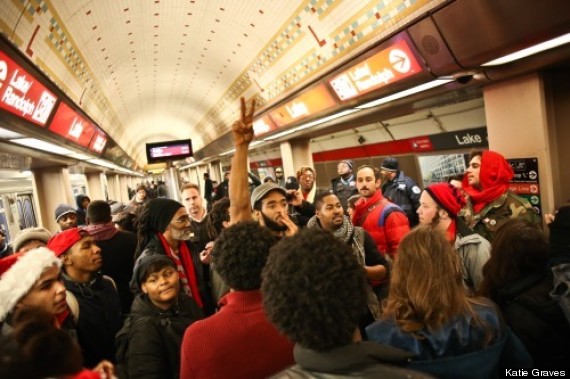 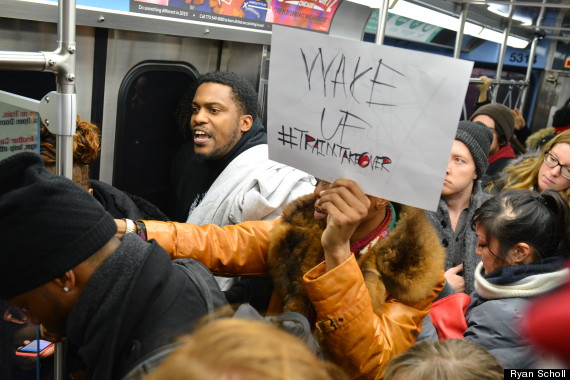 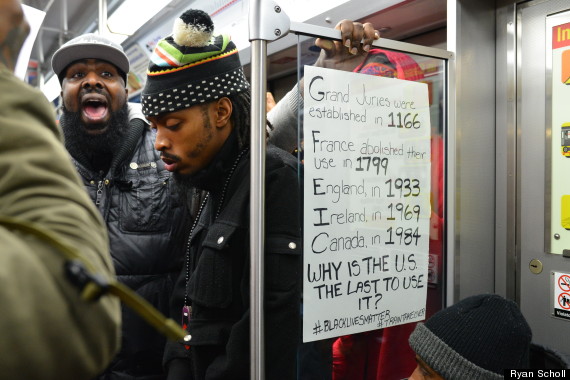 The demonstrations weren't just related to police-involved civilian deaths. Cartman performed two pieces as part of the protest, one commenting on how a lack of access to fresh, affordable food impacts black communities on the south and west sides of Chicago. In another piece, he addressed the prison-industrial complex.

“Most people are suffering and some people are not, and we can’t let that slide, like this isn’t a part of what our society is designed to be like,” Cartman said. “Our goal was to bring the things we love to the table to demand and strongly, strongly suggest a societal transformation.”

The demonstration was peaceful, and organizers say they plan to organize another similar event to take place sometime in January.

Below, more photos of the Friday demonstration: 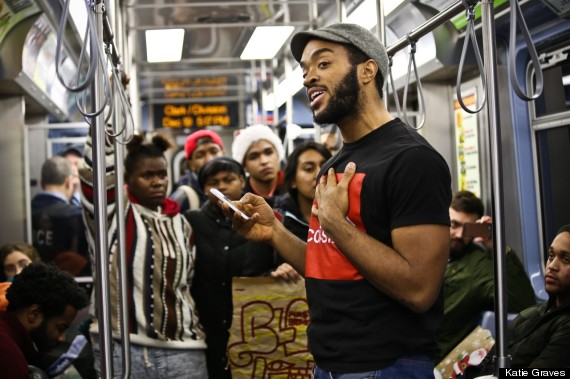 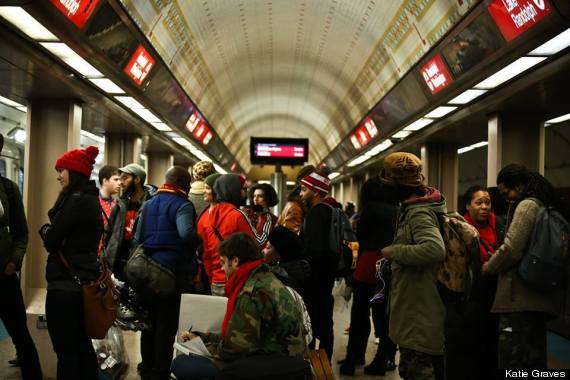 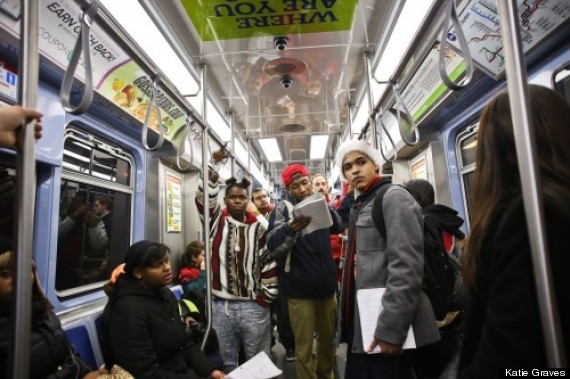 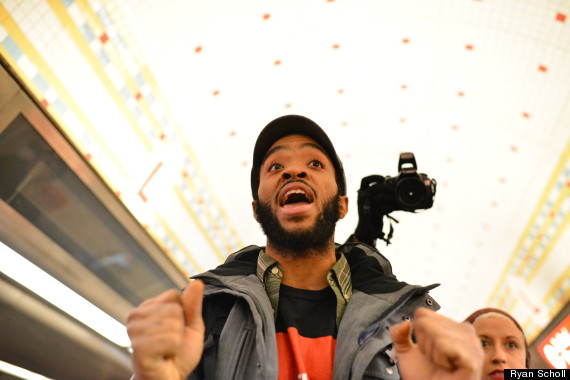 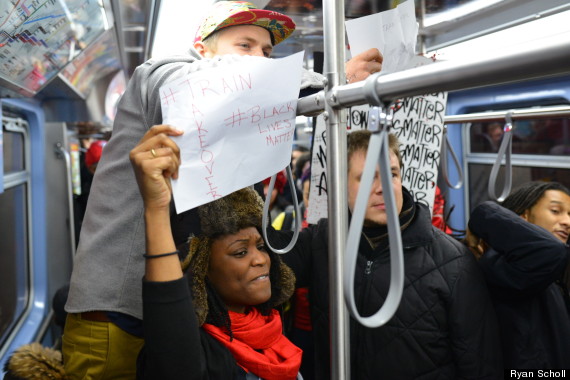 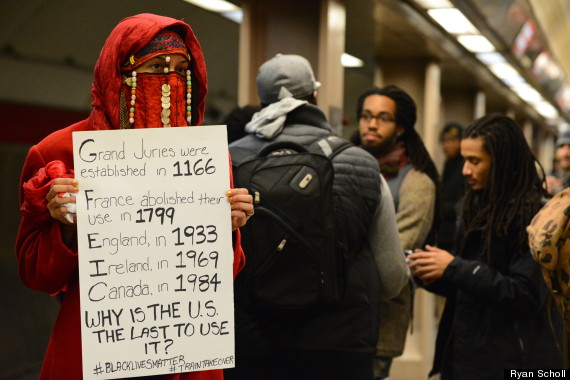 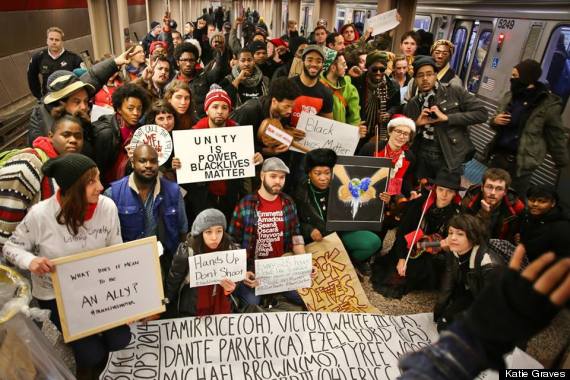