A congregation in Florida is crying fowl after pictures of its chapel made the Internet rounds this week for an unholy reason: the building looks like a chicken.

The "Chicken Church" -- also known as Church by the Sea in Madeira Beach and not to be confused with Church's Chicken -- went viral when a photographer noticed that, from just the right angle, the structure's round windows look like eyes and its roofing tiles resemble wings and a beak. Tourists, reportedly by the hundreds, now line up to take pictures of the visage.

Dee Dee Parker, a longtime member of the church, told the Daily Mail that the Holy Cluck is "funny" and she welcomes the newfound popularity. But church employees interviewed by The Huffington Post disagree.

"We're not fond of it being called the 'Chicken Church,'" an employee, who asked not to be named, told HuffPost Weird News. "It's attracting people to us for all the wrong reasons. I don't think they're attracted to come in and worship, I think they're making fun of it."

She said that chapel, built in 1944, was not designed to look like a clucker.

HuffPost Weird News also called the chicken experts nearby -- employees at Hooters -- and a manager there refused to comment. 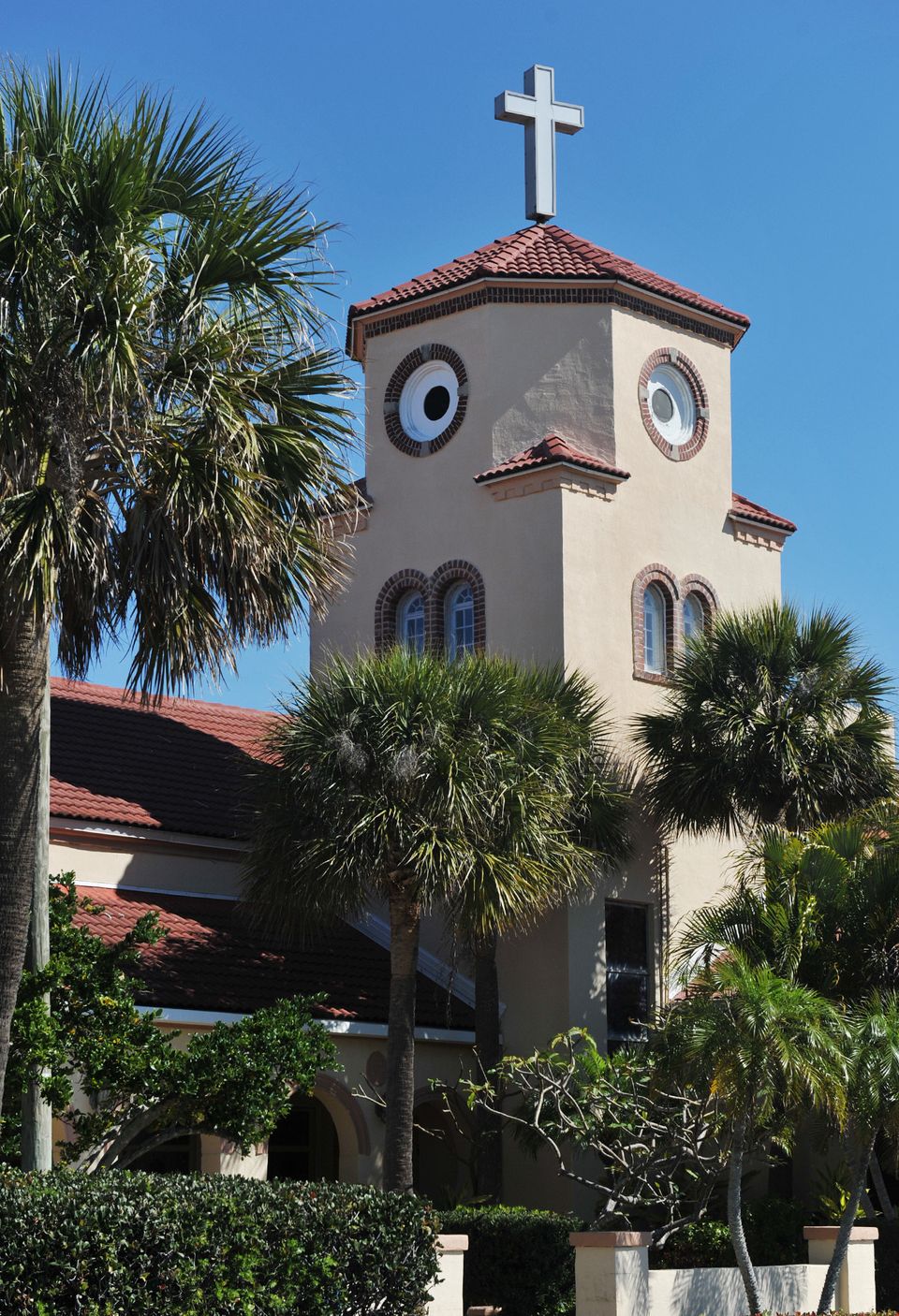 1 / 10
The roof of Church By The Sea in Madeira Beach, Fla is seen on Monday, Mar 4, 2013. The church has become an internet sensation as people say the church resembles a chicken.
Chris McGonigal / Huffington Post