In much of the world, childhood means being forced to go to work.

There are approximately 168 million child laborers around the world, according to the International Labor Organization. A new map by British consulting firm Maplecroft offers depressing perspective on just how widespread the problem is: 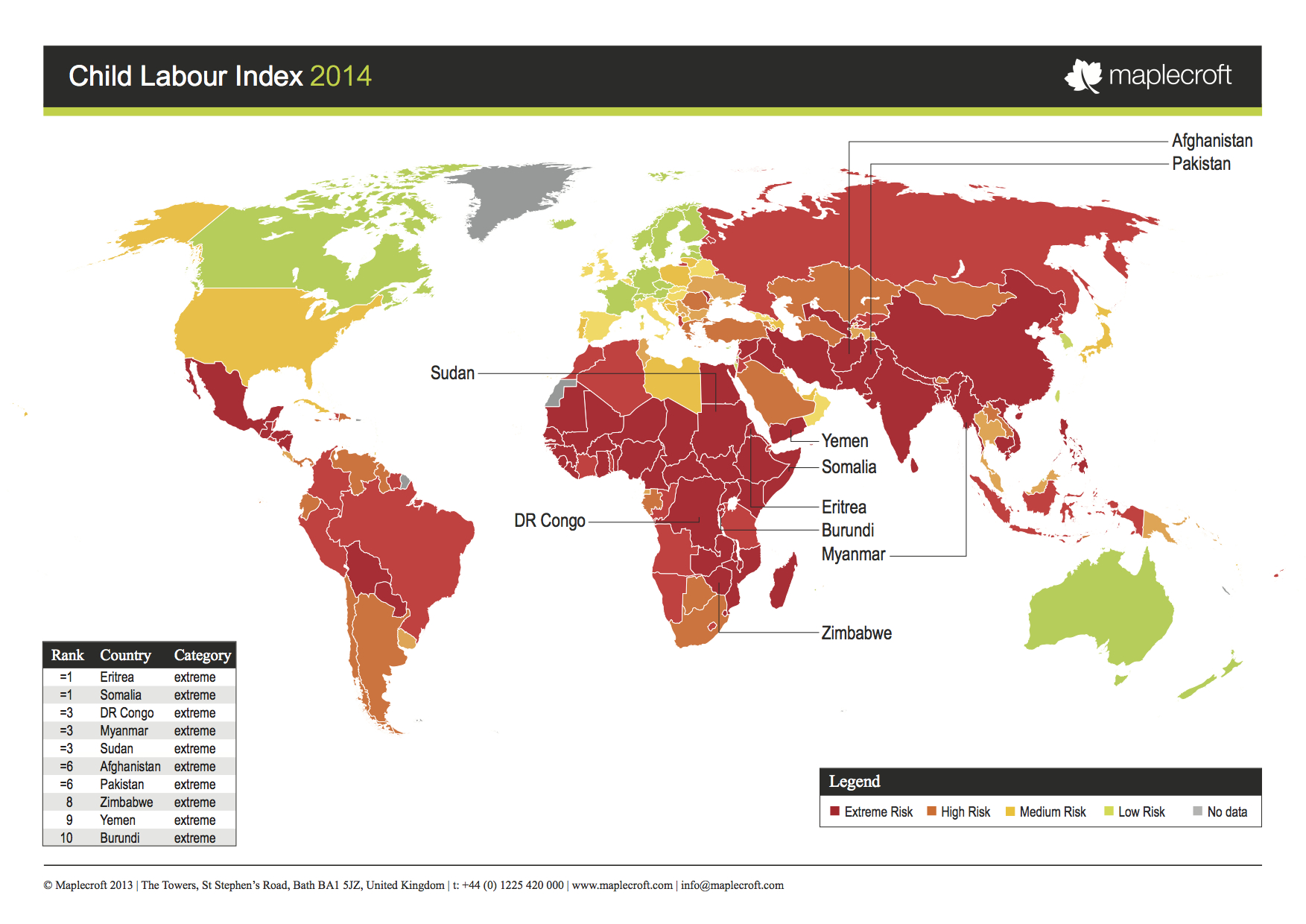 Though Maplecroft's map might spark humanitarian outrage, its goal was more practical -- to give businesses an idea of where they might be hurting themselves by using child labor in various countries.

"The most common child labour risk is of reputational damage, investor alienation, consumer boycott, etc. stemming from allegations that a company has benefited from the use of child labour in the supply chain or value chain," Marilu Gresens, a senior human-rights analyst at Maplecroft, told The Huffington Post in an email.

Based on this map, it would seem there are very few places where businesses are not at risk of having some brush with child labor -- even the United States has not eradicated the practice. The map's rankings are based on data and reports from the United Nations, ILO and a variety of human-rights researchers.

It may seem surprising that the U.S. is considered a "medium risk" country for child labor. This is largely because of conditions in agriculture, thanks to an exemption in U.S. labor laws for children working on small farms. Thousands of American children work in dangerous conditions on tobacco farms, for example, as recently documented in a May 2014 Human Rights Watch expose.

"Child labour is not a problem that is unique to developing countries," said Gresens.

Conditions for child laborers in countries facing deep poverty or war-driven instability are even more extreme, however. In Eritrea, for example, a state-sponsored system requires children to work for two months per year on construction and agriculture projects.

Gresens wrote that, while the overall prevalence of child labor has been decreasing, its worst forms -- like sexual trafficking, forced military participation, and dangerous mine work -- are showing very little progress.

"Globally, there has been only minor improvement in the risk of association with child labour, including in its worst forms," said Gresens.

The ILO estimates that the number of working children is down by a third since 2000 and will fall to 107 million by 2020.