Well before First Lady Michelle Obama unveiled her Childhood Obesity Action Plan last month, both the news media and popular culture television have been shining the spotlight on what has become a health problem of epidemic proportions in the USA and other westernized countries. For instance, NBC's popular reality show The Biggest Loser has become a worldwide phenomenon. Since its debut in 2004, The Biggest Loser, which now airs in over 90 countries, has grown to become a stand-alone health and lifestyle brand.

And how many of you recognize the name "Jamie Oliver?" Jamie, sometimes known as "The Naked Chef," is an English chef, restaurateur and media personality. He is well known for his food-focused television shows and his campaigns against the use of processed foods in schools and for changing unhealthy diets and poor cooking habits across the United Kingdom and United States. In this regard, you may be familiar with Jamie Oliver's Food Revolution, a new series that aired on ABC in the U.S. in which he visited Huntington, West Virginia, statistically one of the unhealthiest cities in the country, and tried to improve its residents' eating habits.

Most recently, I watched a CNBC television program called One Nation Overweight, which concluded that obesity is America's number one health problem. It was reported that the obesity plague costs the nation as much as $147 billion--and untold number of lives--every year. According to this investigation, nearly two-thirds of American adults are either overweight or obese. Moreover, childhood obesity is triple what it was just a generation ago. Together, they add up to a public health crisis that feeds a $60 billion industry of products, services, diets and foods designed to help people lose weight and promote health and wellness. Alarmingly, the obesity crisis has placed a crushing burden on the nation's health care system and has even convinced some in the medical community that the current generation of American children may be the first to have a shorter life expectancy than their parents!

So the unveiling of Mrs. Obama's Childhood Obesity Action Plan comes at a time of urgent need. An outgrowth of her Let's Move anti-obesity campaign and a newly formed White House Task Force on Childhood Obesity, both launched in February, the report is viewed as a blueprint for ending the problem within a generation. Calling for a coordinated public/private strategy, the Action Plan seeks to return to a childhood obesity rate of five percent by the year 2030, which was the rate before childhood obesity first began to rise in the late 1970s. Among other things, the plan calls for more infant breastfeeding, building more sidewalks, curbing time with digital media and, in line with Jamie Oliver's Food Revolution, getting deep fryers out of schools. 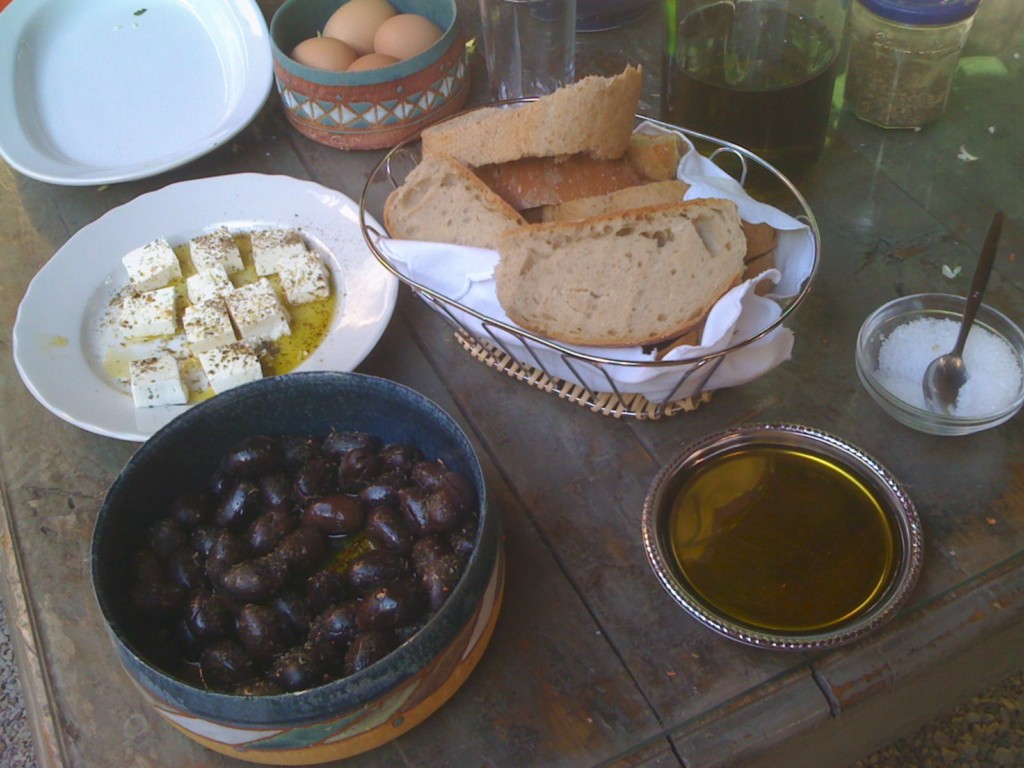 Let me be among those who say that the strategic aims espoused by the federal government under this broad-based initiative reflect good, if not noble, intentions. However, let me also say that as someone who has worked closely with governments at all levels, including the White House staffs under three different Presidents, "good intentions" are not enough to ensure success. Moreover, I've learned over many years that public sector intervention will not--cannot, should not--supplant private sector initiative. Put differently, personal responsibility along with the collective responsibility that must stem from families and local communities, are the key drivers behind decisions and other actions that, in the final analysis, determine the state of our health and well being.

Viewers of (and especially the participants in) The Biggest Loser, to be sure, can attest to the determining role that personal responsibility plays in weight loss and the enhancement of optimal health. In the same way, both personal and collective responsibility played key roles determining the final outcome of Jamie Oliver's Food Revolution in Huntington, West Virginia. To effectively address such a highly complex health issue as obesity requires more than simply public policy pronouncements and other forms of government "action." It needs and demands personal action by the people most intimately involved and affected. Obesity is not a government problem, it is a human problem. And it requires action on a human, very personal, level.

Let's look "back to the future" for a moment and explore a holistic lifestyle philosophy (and integrated approach to health and wellness) that is rooted in ancient Greece and which holds promise for dealing with the obesity crisis and longevity issue. The so-called Mediterranean Diet, which actually stems from the original "Cretan Diet," is a major part of this philosophy of life and practical approach to promoting optimal health and well-being. Operating on a new type of food and diet pyramid, the Cretan Diet has proven its health and longevity benefits for millennia (and can be traced to the Minoan civilization).

Last month I had the wonderful and very meaningful occasion to participate in a traditional Cretan cooking lesson in the beautiful village of Vamos, located in the rolling foothills of the White Mountains only a short distance from the Cretan Sea, between Hania and Rethymo, Crete. The instructor for this hands-on class was Koula Barydakis, a renowned expert on the Cretan Diet and author of the book, Foods of Crete: Traditional Recipes from The Healthiest People in the World. Besides immersing ourselves in the local traditions of Cretan cooking and nutrition, we had lots of fun during the process and afterward when we all celebrated in communion with the fruits of our labor! Indeed, eating the Cretan way transcends food itself and, as we learned from our extraordinary teacher, Koula, is truly a way of life and living.

So, in light of Mrs. Obama's Childhood Obesity Action Plan, television shows like The Biggest Loser and Jamie Oliver's Food Revolution, and investigative reports in the news that lay out the formidable challenges before us, why aren't we, personally and collectively, tapping into the Cretan Diet with vigor and determination? Over many years, empirical research results have pointed to the vital benefits that come from Cretan nutrition and the "way of life" that accompanies it. 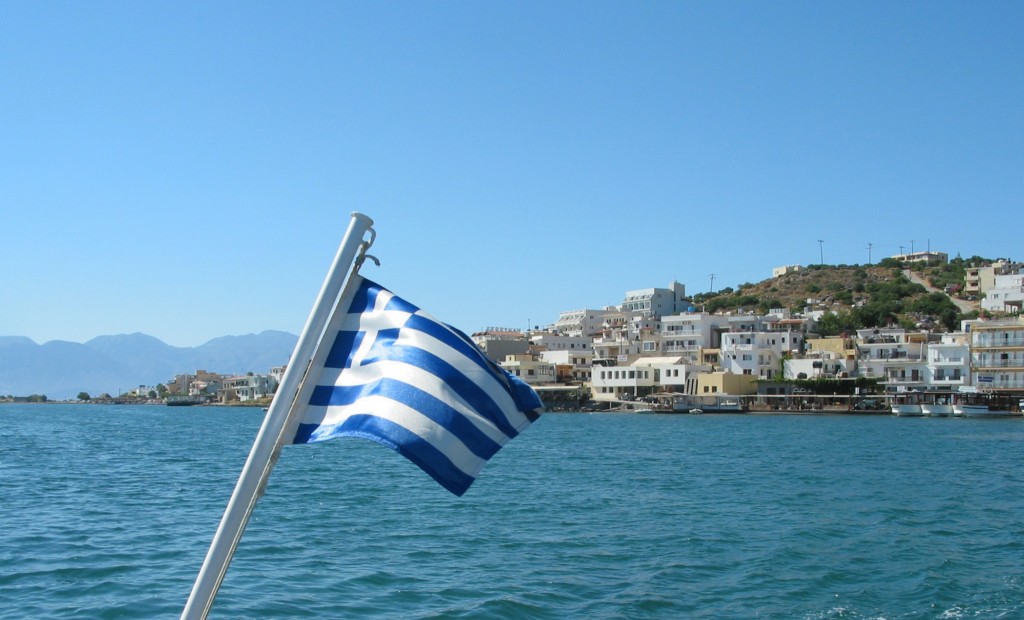 Let me suggest that much more needs to be done (not just talked about) when it comes to spreading the word about and leveraging the ageless wisdom that is--and cannot replace--the Cretan Diet. Fortunately, there are efforts under way in Crete to ensure that this wisdom is not either forsaken or forgotten. Last year, a nonprofit organization, the "Cretan Quality Agreement" was created on the island of Crete. As described by one of its leading promoters, Zoe Nowak, the strategic aims of this nonprofit entity, among other things, include the preservation and promotion of the Cretan Diet. Moreover, the establishment of this collaborative organization supplements the need for coordinated promotion of the Cretan Diet as "a means of sustaining and improving health, as a means of prevention as well as a cure," in both domestic and international markets.

More now than ever, it is time to incorporate the Cretan Diet in any plan of action intended to deal with the obesity crisis, longevity issue and, more broadly speaking, with meaningful and sustainable health care reform.

You can find out more about Dr. Alex Pattakos, author of the international bestselling book, Prisoners of Our Thoughts (now in a second, revised and expanded edition), in his HuffPost Bio and can contact him at: alex@prisonersofourthoughts.com