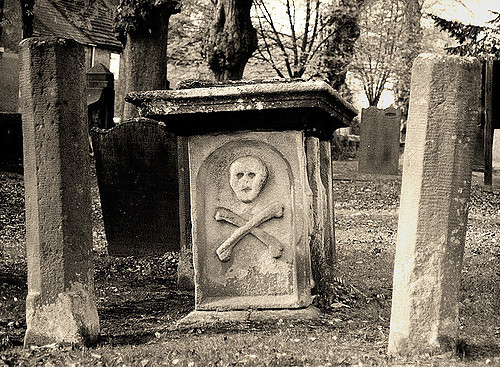 Charlotte was seven years old when she became in her words the "death dealer" on her family's makeshift farm. At her mother's insistence, the family moved from D.C. to acreage in rural Virginia and embarked on a grand experiment as DIY farmers. Having no experience to guide them, they began collecting animals, from cows and horses and pigs, to sheep and goats, to cats and dogs, and all manner of poultry.

Charlotte's first time watching chicks hatch lurched from delighted wonder to a harsh lesson in the dirty work of farming and a prescribed part in the family script that would shape her life. After one of the chicks emerged deformed and quivering with its stomach outside of its skin, Charlotte's mother leaned into her daughter, just home from second grade, and hissed, "Get rid of it -- it won't live." When Charlotte asked what she should do with the misshapen chick, her mother snapped, "Figure it out!"

Charlotte was good at figuring things out, and her resourcefulness made her the go-to "super" kid in a family with an abusive narcissist mother who hit, insulted, rejected, and neglected her two daughters. Charlotte said her older sister, Maggie, adopted "learned helplessness" to cope, while Charlotte became hyperresponsible. "Our mother smacked me around more, but she criticized Maggie the most, constantly telling her she was useless. Maggie went 'spaghetti legs,' so I was the one who had to deal with stuff."

Charlotte's appointed role as scapegoat became a terrifying matter of survival when she came upon her mother slaughtering a pig one day. "She had suspended a large boar upside down in a tree," Charlotte said. "Blood was filling a bucket below a gaping slash in his throat. Entrails were spilling out like snakes. The other pigs were screaming. She yanked on my arm and told me, 'Shut up and do what I tell you or you go in that tree with it.'"

Faced with botched castrations, fumbled births, interrupted fox attacks, and "butcheries gone horribly wrong," Charlotte became the family finisher, the one who completed the job, no matter how gruesome, and buried the dead. "I was accurate with a pistol and hatchet, strong for my age. I had to be. It takes a lot of digging to bury a 2,000-pound cow. As I looked into her huge liquid eyes I felt guilt and shame at what I was made to do -- and terror over what would happen to me if I didn't," she said.

Charlotte's father was gone a lot, working a job with a long commute. At home, Charlotte said, he fought constantly with her mother, who vented her anger at her kids and slipped into alcoholism. "Dad was clingy with my mother but also critical of her -- he was a dependent narcissist who wanted attention and needed everyone to do things for him," she said.

Charlotte said her father turned a blind eye to his wife's abuse of their kids and didn't have time for her unless he needed to vent about her mother. "I remember once he took me for a drive and started crying about Mom. I was terrified, because I was maybe 6 or 7 and had no idea what he was talking about. He was so out of control. I needed him to be the adult, and he was looking to a child for comfort. Thinking back on it makes me want to vomit. He didn't touch me, but it felt like emotional incest."

Charlotte's father continued to "parentify" her until at about 16 she told him she would no longer listen to him talk about her mother. Around the same time, when she was finally the same height she stood up to her mother's raised hand and said, "Are you really gonna hit me?"

Her mother's abuse lessened somewhat after that, but her father continued to bait and manipulate her. "He told rude jokes and tried to convince me to convert to this extremely bigoted church he'd joined." Now, decades later and several years since Charlotte severely limited contact with her father, he still sends her racist and sexist spam, she said, "to elicit a response."

When Charlotte was 11, her brother came along, at which her father announced, "A son! I finally got it right." By then Charlotte was doing most of the cooking and laundry, paying bills, and fielding calls from creditors. She started caring for her brother when her mother complained that he was "a screamy baby." She said, "My plan was to graduate early and go in the military for school and freedom. I put my plan aside to look after my brother because I was afraid of what could happen to him."

Little brother quickly became the family "golden child," indulged and absolved from responsibility. Their father in particular infantilized him, overlooking it when his son would steal from the family, not making him do chores, giving him cars, bailing him out of jail. "I resented my brother, but what made me most angry was how my father made him helpless," Charlotte said. "My father needed to be needed. He never encouraged his son to go to college. Dad has him and his girlfriend and their kids set up in a house next to his. My brother doesn't know how to hold down a job. His wife has never worked. Dad made him arrogant, but he didn't give him confidence. He's a slave to our father's issues. I feel terrible for my niece and nephew."

Charlotte eventually left home and worked her way through college and then graduate school, the first in her family to do so. In time she went into the field of counseling. "I didn't consciously pursue it as a way to heal myself, but I've found that the most valuable part of my work has been the unexpected benefit of gaining education and insight about my family dynamics and spreading this to others. This insight has allowed me to see that I did not cause these events and that as a child I was an innocent in this chaos, simply trying to survive."

Like so many children of narcissists, Charlotte and her sister have struggled with self-esteem and health problems that Charlotte believes are related to early trauma. Neither had children for fear of continuing the family legacy. Charlotte has had symptoms of PTSD (posttraumatic stress disorder), an autoimmune thyroid disease, PCOS (polycystic ovary syndrome), fibromyalgia, and gallstones.

But Charlotte counts herself fortunate too, especially knowing she is helping people from similar circumstances in her practice: "Having the ability to support and validate the experiences of others as they break free is a gift. While I realize there is no karmic balance sheet, I feel a purpose when I can help 'even the score' bit by it, person by person, as they pull themselves up and out."

More:
healthy livingnarcissistsScapegoat
Newsletter Sign Up
The essential guide to taking care of your mind and body
Subscribe to HuffPost’s wellness email
Successfully Subscribed!
Wellness delivered to your inbox