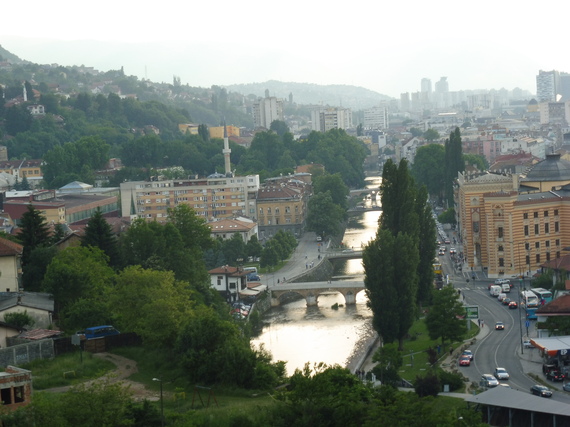 The city of Sarajevo has vivid reminders of the horrors of war and the uncomfortable fact that violent conflict is not far away in time or space. The term "ethnic cleansing" was first used in this region. In a beautiful valley, surrounded by green hills, with many spires of minarets and churchtowers, many buildings are scarred by bullets, a main street is referred to as "sniper alley," and graves, red splashes marked on pavement and memorials keep memories of siege and suffering alive. Worse, ever present tensions that led to war still simmer. Muslims, Orthodox Christians, Catholics and Jews share a history and a country but live largely apart with daily tensions even if largely subdued.

Pope Francis visited Sarajevo last weekend, marking two decades of fragile peace in that part of the Balkans. I was there also, on a different mission, part of a Japanese led global effort to further the ideal of ending global poverty for children. What the two visits had in common was a focus on the links between war and poverty, on the vital role of young people in changing the dynamics for peace, and the complicated, uneasy role in this dynamic of conflict and reconciliation of religious beliefs and institutions.

The Pope called for peace in moving words. Sarajevo, he said, was the "Jerusalem of the West" because religious communities had long lived there in harmony, but the recent past has transformed Sarajevo into a symbol of destruction and war. Departing from his prepared text, he encouraged the strenuous, difficult, but possible path to reconciliation. He focused on memory and on youth. "Dear sisters, dear brothers, you do not have the right to forget your own history. Not for the purpose of revenge, but rather to make peace. Not to look at these testimonies as something odd, but through them to love as they have loved. ... Keeping memory alive so as to make peace." He appealed passionately to the young people he met:

You are the first flowers of spring... you want to go forwards and never go back to destruction, to those things that make us enemies of each other.. And this is new for me. I see that you do not want destruction: you do not want to become each other's enemies. You want to journey together.. It is not a case of 'them and us', but rather of 'we...' You are a Muslim, you are a Jew, you are Orthodox, you are Catholic... but we are 'us.' This is how to make peace. This distinguishes your generation, and it is your joy.

Reflecting on his visit, he focused again on children: "Many children throughout the world do not have the freedom to play or to go to school, and end up being exploited as cheap labour... I hope that the international community will commit itself diligently and constantly to promoting the active recognition of childhood rights."

Arigatou International likewise focuses on young people and comes to the effort to end child poverty with a commitment to engaging interreligious actors. Supported by a Japanese Buddhist community, Arigatou has a bold vision that starts from deep compassion but also hope. The Sarajevo meeting brought together a global advisory group (of which I am a member) and a network centered in the Balkans. We wrestled with the daunting challenge of taking a vast goal and ideal -- to leave no child behind -- and translating it into something that individuals and communities could act upon. 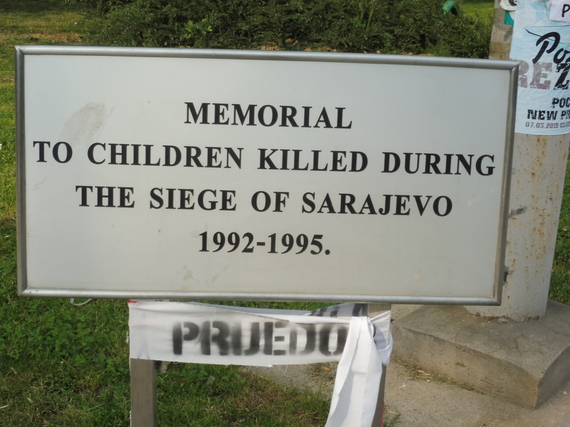 As I groped for ideas that would resonate across this diverse spectrum, the story of Hansel and Gretel came to mind because it is about children, poverty and hope. A poor family is driven to desperation and hunger by drought and perhaps war. When the father and stepmother decide they cannot care for their children, they abandon Hansel and Gretel in the forest. The children outsmart them and drop stones on the path, so they find their way home. But they are abandoned again and this time birds eat the breadcrumbs they leave along the path, so the children are lost. They come upon an evil witch who feeds them but with bad intentions. The clever children escape and return home, even bringing the witch's riches that allow the family to thrive.

The story reminds us that poverty is an ancient reality, with especially cruel effects on children. It has been common across cultures, worst in hard times, when poverty means life and death. Poverty involves both family dynamics and the organization of the society at large and whether it has a capacity and willingness to provide a safety net. Children are victims but also have remarkable ingenuity and courage that can be crucial in overcoming obstacles in their way.

This story and the messages emerging from different religious traditions convey a sense of the enormity of the problem of poverty and the tight links between poverty and war. But the message of hope is that this need not be. Poverty in the modern world is a reality we can change. Poverty should be seen and understood today as a scandal that calls for moral and practical action. True, for most of human history, poverty was essentially inevitable. Today, however, we have the capacity and resources to end poverty and societies have shown that it is possible. We have the technology (medicine, for example) to assure that every human being can lead a decent life.

This opens new vistas and visions of equality of opportunity that challenge ancient fatalism about the inevitability of poverty. With that possibility comes the new moral imperative to act to assure that poverty is addressed. Ancient ideas of charity as a palliative no longer suffice. That is why we talk today about addressing the root causes of poverty. Ending poverty is a fundamental part of our understanding of human rights. That is the common spiritual and practical challenge. 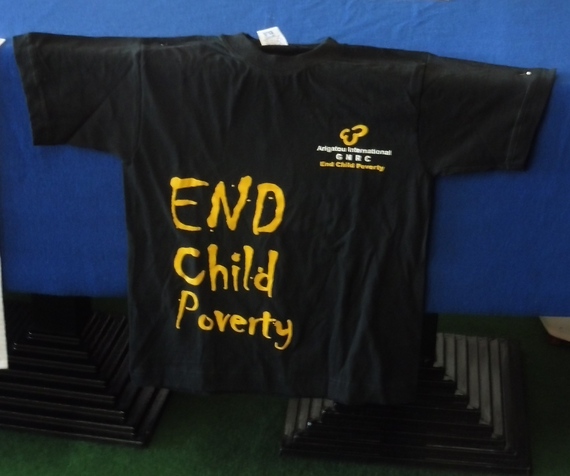