PORTLAND, Ore. -- In late August last year, a 15-year-old girl was forced to strip off her clothes and dance naked at Stars Cabaret in nearby Beaverton.

She had been missing since early July, after running away from a drug abuse treatment center. It took less than two months for her pimp, Anthony Curry, to find her, allegedly rape her repeatedly, advertise her body on escort sites like Backpage and force her to dance on stage in several area strip clubs. Each night, Curry would take the money and repay her in shopping trips and a false sense of security, according to court documents.

Curry was arrested in September and convicted earlier this month in neighboring Washington County on seven counts of using a child to display sexually explicit conduct. He faces additional charges of rape and compelling prostitution in Multnomah county, where Portland is located.

The Huffington Post doesn't name the victims of sex trafficking, especially minors. But in many ways, this teen had her childhood taken away from her. She struggled through addiction and was bought and sold on the sex market -- all before she could legally drive a car. Her innocence is gone.

She shares her story with hundreds of other children who are trafficked in and around Portland each year. Between 2009 and 2013, 469 children were identified as victims of commercial sexual exploitation in the Portland metro area, according to a study by Portland State University Associate Professor Chris Carey. And those are the victims that were referred to the state Department of Human Services and local nonprofits -- the number of cases that go unreported is much, much higher.

"This is just the tip of the iceberg. The problem is real," said Sarah Ohlsen, who works on a county Commercial Sexual Exploitation of Children (CSEC) steering committee dedicated to tackling the area's sex trafficking issues.

Victim advocates say Portland is a hub for such exploitation, due to its abundance of strip clubs and online services -- as well as a high demand for sex online. But it's hard to know for certain because nationwide statistics are elusive. Sex trafficking is a transient crime, local police say -- pimps and gangs will sell victims from California to Portland and when business is slow, they'll move to Seattle or Vegas. For that reason, it's difficult to compile sex trafficking stats in any given community, or to argue definitively that Portland's issues are worse than, say, Seattle's.

But local agencies were surprised at just how prevalent Portland's problem is. Recent high-profile trafficking cases like Curry's have put child sex trafficking back in the media spotlight.

"I was surprised when I saw the numbers," Carey said. "Is Portland a 'hub' or is it media hype that's bringing these cases to light? It's hard to say. What we do know is that these 469 cases are only the ones that made contact with the state system," he said. "The next step is trying to find a predictive model for this crime."

The Tip Of The Iceberg

In addition to Carey's findings, the sheriff's office identified 421 suspected sex traffickers between 2009 and late 2014 in a Multnomah County annual report. Each one of those suspects, Ohlsen said, is likely trafficking more than one victim. It's hard to catch and convict those suspects because their cases require a victim willing to testify -- and pimps and gangs can intimidate witnesses. 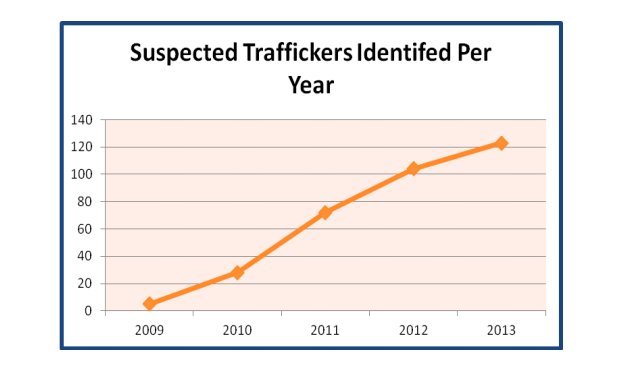 Police say it's easier to trade humans than drugs.

The fact that police are finding more traffickers is a sign of progress -- it means that more resources are being funneled toward identification and prosecution.

Carey and Ohlsen's studies were unprecedented before local police began to characterize child prostitutes as sex trafficking victims in 2009. It's a step in the right direction: the classification places more of the burden on trafficking suspects than victims. Here are some more of Carey's findings:

Police say most of the adults working on the streets in Portland started as minors. Most victims are young and vulnerable when they're lured in by pimps and gangs and many become addicts if they weren't already.

Portland has more clubs per capita than any U.S. city, according to Willamette Week. Each has its own protections in the form of a free-speech clause in the state constitution that makes strip clubs difficult to regulate. Article 1, Section 8 forbids laws "restraining the free expression of opinion, or restricting the right to speak, write or print freely on any subject whatever." The constitution allows clubs to pop up almost anywhere, unlike in other states where they can be heavily restricted by zoning regulations. Moreover, dancers are considered "contractors" and not required to have permits that would make it easier for police to identify underage victims, The Oregonian reported.

Curry's case is an example of how strip clubs can be used for the trafficking of minors. The pimp used Stars Cabaret in Beaverton and other clubs to pimp out his 15-year-old victim, Washington County Prosecutor Kevin Barton said. All Curry had to do was get her a fake ID and she could dance nude for patrons.

Just before Curry's arrest, Stars Cabaret manager Steven Toth was convicted in an unrelated but similar case. Toth turned a blind eye when a 13-year-old girl was being pimped out in Toth's club by Victor Moreno-Hernandez. Toth and Moreno-Hernandez were both convicted and Toth was sentenced to 15 years in prison. Their cases prompted a Stars manager to identify Curry's victim as a minor to police. 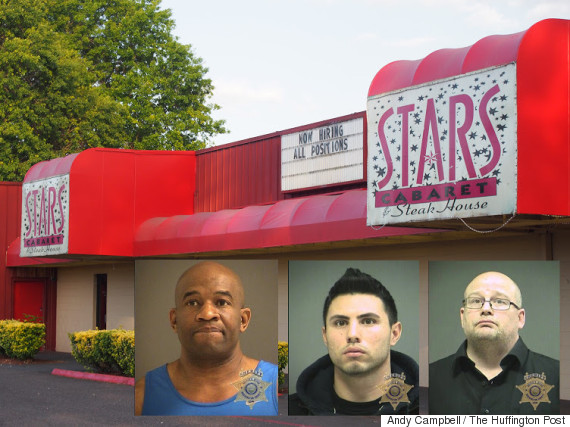 From left to right: Anthony Curry, Victor Moreno-Hernandez and Steven Toth. All three were convicted for their role in child trafficking crimes at Stars Cabaret in Beaverton.

Current Stars Cabaret owners -- who are currently fighting the state Liquor Control Commission's proposal to cancel their liquor license because of the club's connection to criminal activities -- declined to comment.

"Strip clubs serve as fertile ground for the problem to fester," said Sgt. Charles Lovell of the Portland Police Bureau. "Generally speaking, you have guys there, with money, already looking for sex. If you are a pimp or a sex trafficker, it's a good place to peddle your services."

Because the demand to pay for sex is high at strip clubs, it's still easy to sell sex in public, he said.

"If you’re in a gang and you’re selling drugs to make money, if you get caught with those, you’re in trouble right off the bat -- just possessing them is illegal," Lovell said. "For sex trafficking, if you have a girl working and they’re loyal and not willing to cooperate with the police or tell on you, it’s very difficult to get them in any trouble. The risk is much lower."

But even more underage sex trafficking occurs online, police say. Hundreds of ads are placed on Backpage.com and other known trafficking sites each week, Ohlsen said.

The CSEC steering committee Ohlsen sits on was created in 2009 to allow educators, sexual assault aid and advocacy groups and law enforcement agencies to coordinate in fighting child sex trafficking. Awareness of the issue has allowed for more state and federal funding to be funneled to victim advocacy and criminal education.

"People think sex trafficking is an international situation. I don’t think people are fully aware that seemingly legal industries can be hotbeds for this type of crime," Ohlsen said. "We have made a lot of progress in education and awareness and better understanding that we do have a problem."

Indeed, her annual report shows more victims and perpetrators are being identified each year. Since the Sex Trafficking Unit's inception in 2009, more buyers are being arrested while the arrest numbers for women working in the sex trade are falling. 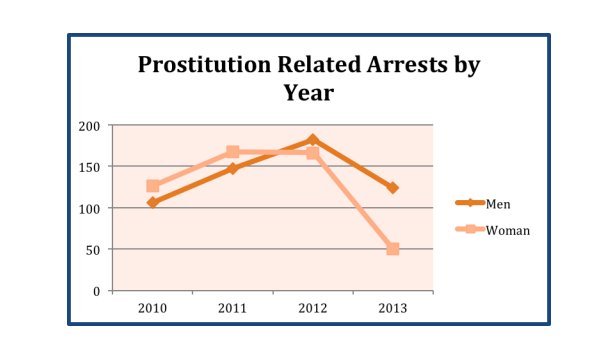 It is important to note that the reduction we see in the arrest of women does not indicate that demand is being reduced. It is instead a conscious choice by the officers of the Sex Trafficking Unit to handle these cases differently – meaning women are treated as victims, not criminals. As a collaboration, we understand that victimization does not stop because someone has become a legal adult. The Sex Trafficking Unit officers’ primary goal for the women they encounter is to offer them support services and treatment options. The goal is to support them in recovery. Because of that, officers spend a lot more resources working with victims.

Prosecutors have taken a victim-centered approach to focus on convicting traffickers and helping victims, Ohlsen said. The state's Department of Human Services also has a dedicated CSEC unit, started in May 2011, to identify victims and help them. That unit helps about 65 youth at any given time.

Police, meanwhile, are trying to get ahead of the problem by going into schools and educating both potential victims and criminals. Educators are teaching children as young as 13 -- the average age that prostitutes start as sex trafficking victims -- to look out for signs of trafficking, Lovell said.

"Part of what we have to do as a community is change people's mind about purchasing sex," Ohlsen said. "We have to disrupt transactions, identify sex trafficking when it happens and build an environment where it's not ok to buy."