As the youngest of four children and the only girl, you might assume that I safely occupy the role of somebody's favorite. My father, for instance, whose little girl devotedly follows in his professional footsteps, might have bestowed upon me some degree of favoritism.

Emotional complexes and intense family feuds have developed from lesser neuroses. There was a time, I must admit, when I feared that my mother preferred her eldest, my brother Jeff, after I discovered photographic shrines popping up all over the house.

The anxiety this produced was brief. I didn't run to Kinko's to enlarge photos of myself, nor did I hide the adorable ones of Jeff sporting OshKosh B'Gosh, because as soon as I vacated the house to attend college, an odd and amusing thing happened.

Children were immediately replaced by dogs.

In every way you might imagine. And many others you wouldn't dare.

My parents began to refer to their eldest dog as "my girl." Sometimes, when home for a long weekend, I would overhear one of my parents saying, "I love you girl," causing me to momentarily bask in their uncharacteristically spontaneous expression of love. This presumed affection vanished with the sound of a dog treat hitting the ground, followed by barking and scratching sounds as the dog happily ran circles atop the kitchen's wooden floors.

What began as mild empty nest-induced insanity soon became full-blown infatuation. Jeff shrines were taken down and packed away. In their stead blossomed excessive dog paraphernalia, and I don't just mean photos.

There are photos, of course, lining desks, kitchen windows and formal living room spaces. One, in particular, infinitely dwarfs two nearby family photos, mere afterthoughts to the first and most prominent canine shrine, a photo of Spencer grinning beside a basket full of tennis balls. 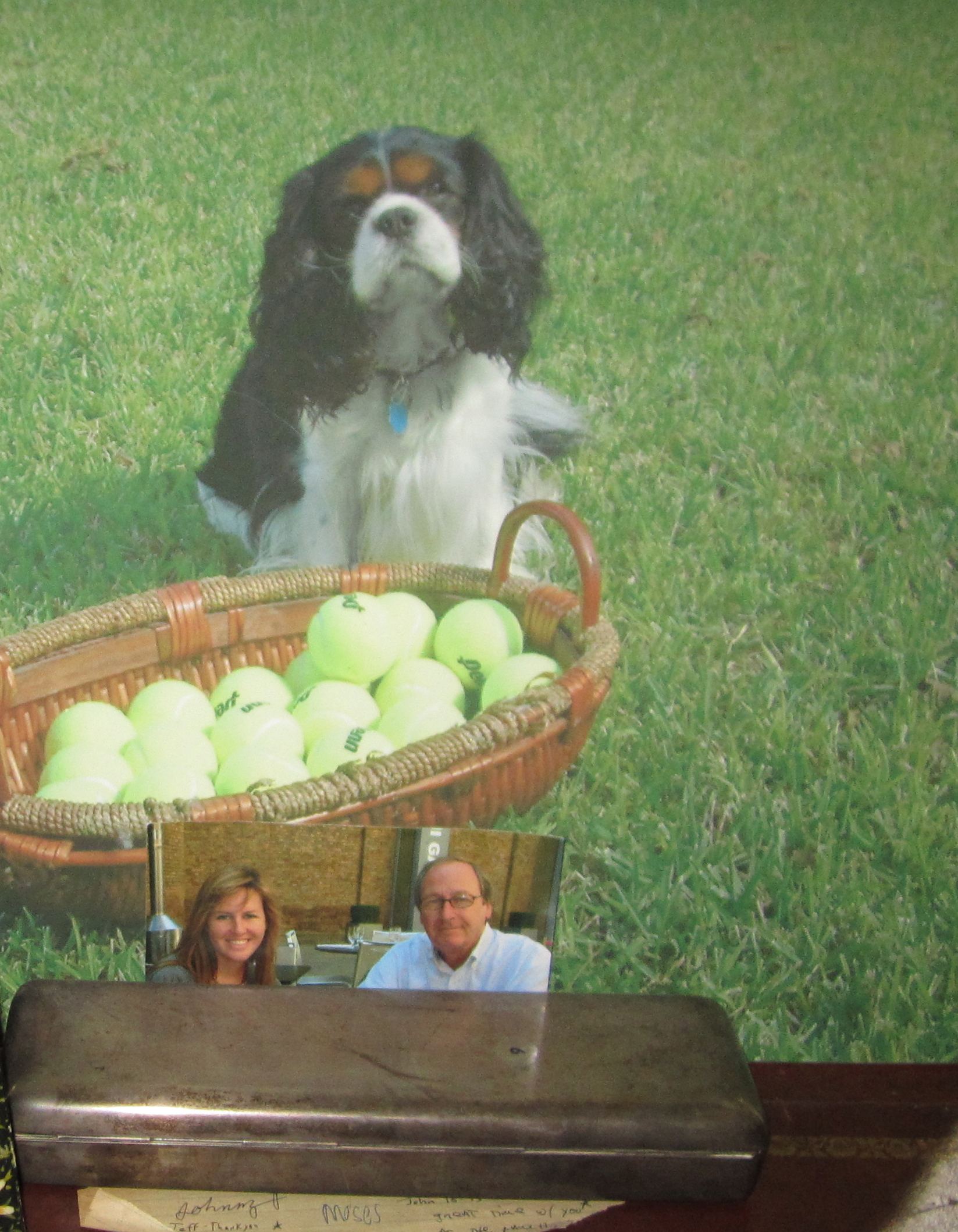 The real problem with this photo, more worrisome than its size, is what it represents. The tennis ball, you see, is to Spencer what the crack pipe is to the addict.

He cannot go more than 24 hours without chewing on his precious neon drugs. He spends every waking hour scouring the house and backyard for neglected balls. If one appears, he insists on playing with it IMMEDIATELY. If he is denied his addictive pleasure, he barks with more cacophony than any one person can tolerate.

Other relics have arrived to these vestibules of canine worship from far and wide. A painting of Cavalier King Charles Spaniels sitting pensively. Cross-stitched pillows of cute little dog faces, bearing striking resemblance to our first CKCS, Chelsea. Decorative tea towels, a standing wooden dog who watches over my Dad's study, and my favorite: Limoges boxes that reside on my Father's dressing table, where no human memorabilia exists. 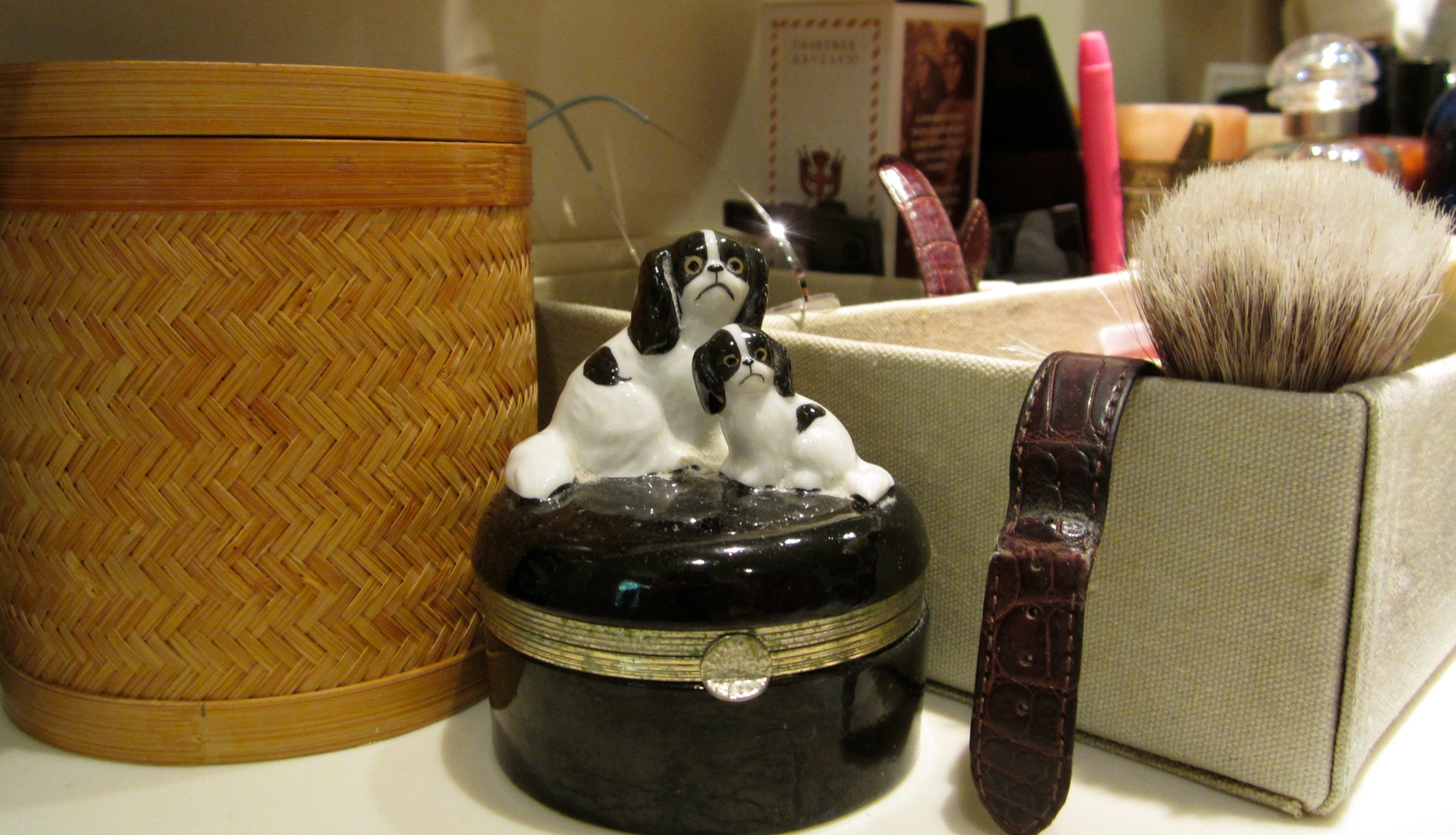 As I'm meandering through their house snapping photos of these static emblems, something dawns on me. These various canine objects honor the dogs still living, still bounding around the backyard and sleeping atop my parents' plush bed. Whereas most people use symbols such as these to honor people and eras passed, my parents are completely focused on the present. The drooling, pooping, barking present. 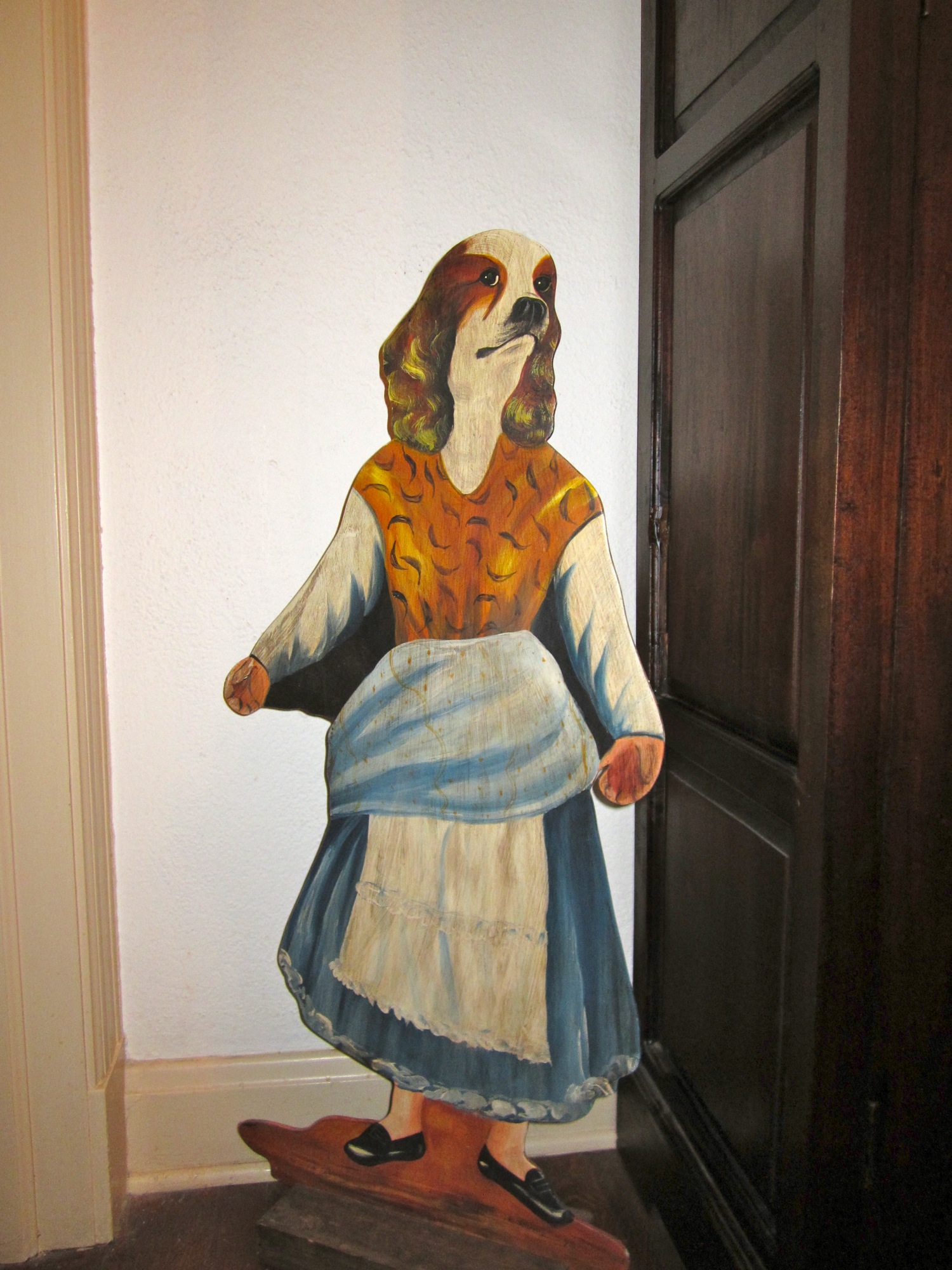 Who's on their screen-saver? You guessed it! The two dogs, the same ones sitting at their feet as they daily check their AOL email accounts.

Which photos prominently grace their desks? Yep, that's right. The dogs again, snapped a few months ago during a Cavalier King Charles gathering an hour outside of town.

As is customary with parents of multiple children (we're now considering the dogs children, if not children with preferred status), rules and relationships change over time. My brothers and I were forced to ascribe to strict protocols, from bedtimes to the lengths of time we could devote to Nintendo and sitcoms.

Over the years, discipline has waned.

I was never allowed to answer the phone, talk back at dinner or steal food from anyone's plate, but Spencer is allowed to eat napkins and bark incessantly at grating volumes whenever he feels like it. Not only do my parents permit this bad behavior, they sometimes enjoy and often encourage it.

When my Dad arrives home from work, he beelines for the backyard where his little boy impatiently awaits with multiple tennis balls in or near his mouth. Dad, who rarely threw the ball with us back in the day, devotes at least a half hour to this ritual, which he assuredly calls "Spencer's favorite thing in the whole world." 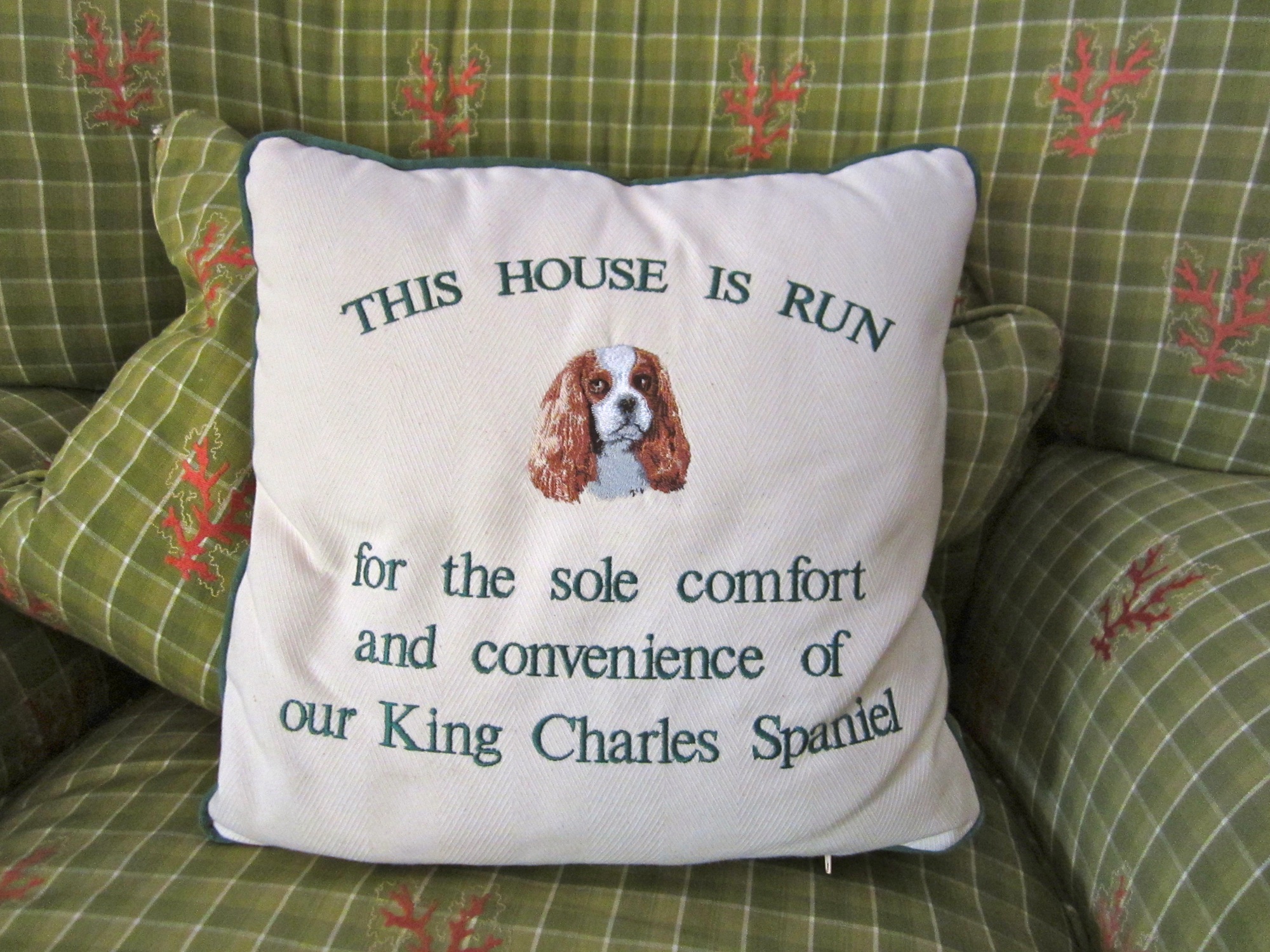 Spencer's other favorite activity involves barking at the TV screen whenever an animal appears. I find this behavior to be particularly problematic, given my personal addiction to Animal Planet and any programming involving cats.

After returning from a Namibian wildlife sanctuary several years ago, I insisted on showing my parents a film called "Duma," a beautiful story about a young boy and his pet cheetah. As soon as Duma made her first appearance on screen, Spencer began to bark and run around in circles. My parents found his show both amusing and endearing, as it provided further evidence of Spencer's abnormally high level of intelligence (never mind the tennis balls). When I pointed out that Duma would likely spend more than a few minutes onscreen, and that Spencer's barking might ruin our viewing experience, I found myself the victim of a protective parent's tirade.

"Don't tell my DOG what to do in my HOUSE!" screeched my Father.

And that was it: proof of what I'd long suspected. In our household, dogs really do rank higher than children.