We live in a world where information about having and rearing babies is everywhere.

When is the best time to have kids? Where does your favorite name rank popularity-wise? What's the real deal with bed-sharing, and does your baby really need to crawl?

Don't worry. Go online! And if you can't find answers there, there's always your doctor, parenting group, favorite mom friend or well-intentioned-but-meddling-mother-in-law ready to weigh in.

But what about the information that, for one reason or another, people neglect to share? What about the things that happen during and after childbirth that leave mothers wondering, "why didn't anyone tell me?" The Huffington Post went straight to a team of midwives and doctors, to ask what they might not tell their patients beforehand -- because they don't want them to worry, because they assume prior knowledge, because they run out of time or simply because they forget ...

1. You probably won’t be allowed to eat. 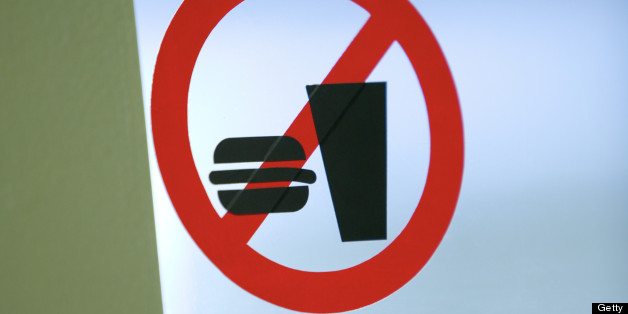 Where you give birth matters a lot for this one, because hospitals, birth centers and home-birth midwives all have their own rules. But in many settings, women are not allowed to eat while in labor; they're limited to clear liquids or ice chips. That policy usually exists because of the possibility of a cesarean section: If you're under general anesthesia, doctors don't want you to aspirate, or get food in your airways, explained Dr. Shieva Ghofrany, an OBGYN with Stamford Hospital. (A recent Cochrane review concluded women should be free to eat and drink during labor).

However, Ghofrany said it's been her experience that food is often far from women's minds. "Initially, you might be hungry, or annoyed that your husband is next to you, eating pizza," she said. "But once you're in labor, you're not hungry anymore."

If natural childbirth is a personal priority, be sure to be 100 percent clear with your care provider or care team about what exactly that means to you, said Marcy Tardio, a certified nurse-midwife who oversees home births in the New York area. She said a potential benefit of home birth is the amount of time midwives are able to spend answering such questions. "It has been said that many [women and couples] spend more time shopping for a car than for how they're going to birth," she said.

The key is to understand what "natural" means to your care team, wherever you give birth: No interventions? Minimal interventions? The option to walk, eat and drink? Intermittent fetal monitoring? Just keep in mind, of course, that plans can change. 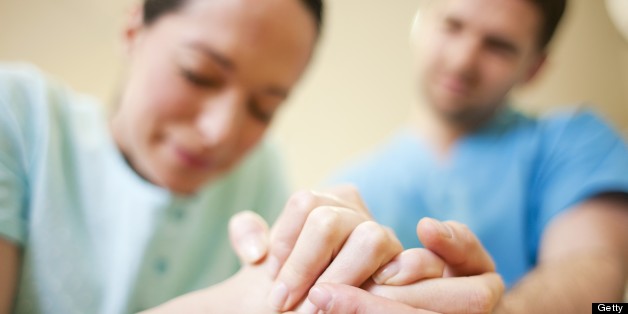 Some women are surprised to learn that it can take much more than the one or two (or even 15) pushes regularly portrayed on TV and in the movies to give birth -- and that's not necessarily something that doctors and nurse-midwives emphasize ahead of time, said Jessica Anderson, a certified nurse-midwife and the associate service director with The Center for Midwifery, University of Colorado Hospital. "It can be an hour, two hours, three hours ... I don't think women realize that pushing can be lengthy, especially with the first baby, and that's normal. That's OK."

A benefit of taking a comprehensive childbirth education class, Anderson said, is the preparation for that -- and the chance to learn coping strategies.

Don't panic if you're thinking epidural-or-bust, but there are times when the anesthesia -- which is injected using a catheter that goes just outside of the sac of fluid around your spinal cord -- doesn't work. If the dural sac is scarred in some way from a previous surgery or infection, or simply "because of an individual woman's anatomy," the medicine may not spread, meaning there are limits to the pain relief she experiences, explained Dr. Eva Pressman, chair of the department of obstetrics and gynecology at the University of Rochester Medical Center.

"Sometimes, [she'll feel pain] on one side of her body," she continued. "Other times, there's a window or a hole where she still feels pain." In Pressman's experience, that possibility is not widely discussed until a woman is talking to her anesthesiologist just before receiving the epidural.

5. A lot of people will look between your legs. 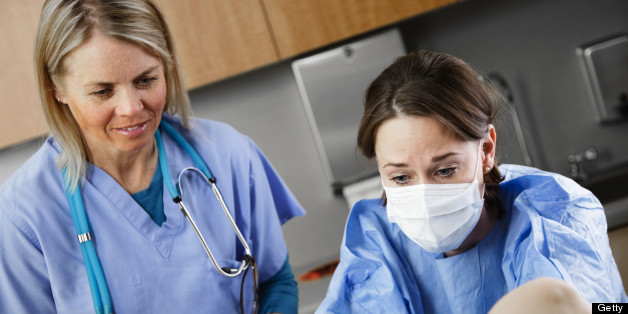 Again, this one really depends on environment: If you're in a smaller hospital, a birth center or at home, it's possible, and even likely, that you'll have only one or two care providers. But in bigger hospitals, you might see one or two nurses (depending on how long your delivery lasts), several medical residents, physicians' assistants, a midwife and the doctor on call, Ghofrany said, joking that by the time she finished giving birth, she wouldn't have cared if the cleaning crew stopped in to check on her.

"Every hospital is different," echoed Dr. Lauren Streicher, an associate professor of obstetrics and gynecology with Northwestern University's Feinberg School of Medicine. "What happens at a big teaching hospital may be very different from what happens at a small community hospital."

During labor and delivery, it's not uncommon for the umbilical cord to get stretched or compressed, which can lead to brief drops in fetal heart rate. If you're hooked up to a continuous, electric fetal monitor, the machine will alert your medical team to the change, and suddenly it will feel like "50 people run into the room," Ghofrany said. It can be a scary moment, and one Ghofrany tries to tell patients about in advance.

Though it can be indicative of something more serious, the American College of Obstetricians and Gynecologists emphasizes that so-called "abnormal fetal heart rate patterns" do not necessarily mean there's a problem.

7. You really will probably poop.

"I would never voluntarily tell patients that ahead of time," Ghofrany said. "The only time I bring up pooping, ever, is when women start to push. And I say, 'you need to push as if you're pooping!'" Though there are no hard and fast numbers on this one, Ghofrany said it's highly common for women to go to the bathroom during labor ("I tell them, 'if you poop, you're doing the right thing!'" she said), and stressed that it doesn't unnerve doctors or nurses in the slightest. Often, women don't notice, Ghofrany said, and if they do, they're surprised by how little they care.

8. You'll feel like you're in the middle of a marathon.

"Sometimes I think we don't prepare people for how tired they're going to be," said Anderson. Often times, in the final weeks of pregnancy, women get very little sleep, especially because they may find themselves getting up to urinate every few hours as the baby puts pressure on the bladder. After that, women (and their partners) lose sleep during the actual labor, which can stretch over several days, before they're thrust into the exhausting job of caring for a new, tiny baby. 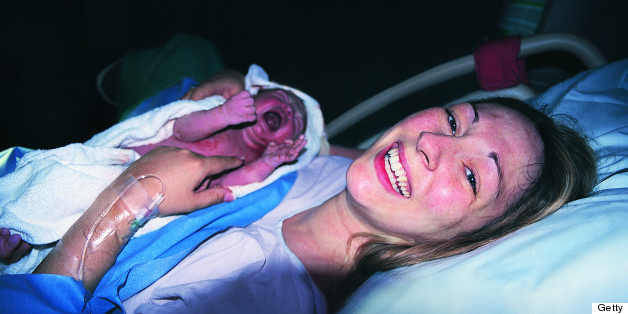 Tardio said she regularly witnesses the sense of awe women and their partners feel after birth: "They say, 'I can't believe I did this! I feel like I can do anything. And the partners will say, 'she was more powerful and beautiful than I thought before.'" Birth, Tardio said, can be incredibly challenging, and after going through it, many women have a new understanding of just how strong and capable they truly are.

As WhatToExpect reports, in some hospitals, it's common to give all women an IV during labor as a precaution against dehydration (although it's less routine than it once was). "The day after, [some women] are very swollen ... they have a big swollen face, or ankles, and sometimes, it's just because they got a lot of IV fluids," Streicher explained. Your body also produces and retains more fluid during pregnancy, which contributes to potential puffiness -- many women sweat or urinate more after giving birth as that fluid leaves their system.

11. If you have a C-section, the catheter will stay put for a bit.

When you have a C-section, planned or otherwise, doctors generally put a catheter in your bladder, so that it stays empty and clear of the surgical area where doctors are doing their work. It's also there so doctors can measure your urine output, and so that you don't have to get up and go to the bathroom the first night after surgery, which can be very painful, she said. In other words, don't be caught off guard if you're catheterized through the first night after the surgery. "In cases where we're worried about how much urine she is making, or where there might have been scarring, we might leave it in longer," Pressman said. "But usually, it's just that first night. 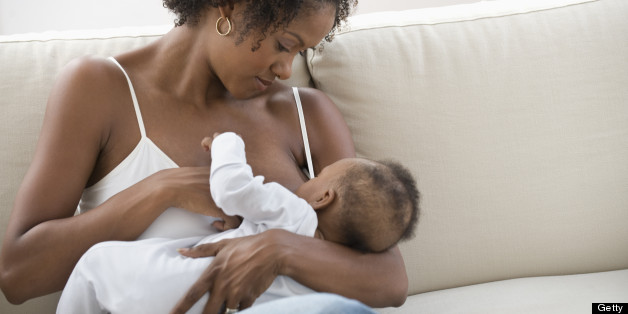 That doesn't mean it will -- some women have easy, blissful nursing experiences from start to finish -- but plenty of women find it painful, and Anderson fears that some childbirth experts neglect to prepare women for that. "There's sort of this cultural expectation that it's natural, and it shouldn't be hard," she said. "But it's a journey you go on together. Both parties are learning, and a lot of times it's painful and challenging."

"Once you give birth vaginally, the structure of your perineum and vagina change," Anderson said. "Typically, they go back to normal, but it's a 'new normal'."

In other words, don't be surprised if things don't look exactly the same. Incontinence is another potential issue that's seldom discussed, and it's not at all uncommon in the weeks or months after a woman delivers, Streicher said (if it's been six months or more, she recommends getting help). Another surprise? Vaginal dryness, particularly among women who are breastfeeding. It can catch a lot of women -- particularly those in their 20s or 30s -- off guard when they first have sex, Streicher said, and care providers often fail to prepare them.

"I don't think all providers necessarily prepare women for bleeding afterwards," Anderson said. "It's normal to have bleeding up to four to six weeks after giving birth." How heavy the initial bleeding can be is surprising to some women. "Although any vaginal bleeding can seem like too much after an entire pregnancy without a period, postpartum bleeding can be downright shocking," according to a 2010 blog on the Mayo Clinic's website. In many cases, it's perfectly normal, but if you're concerned about it any way, contact your health care provider. 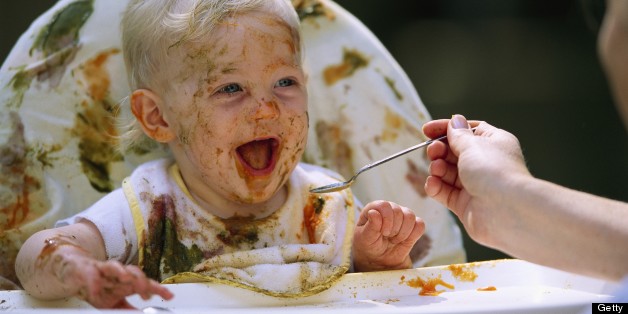 Though some women and their partners endure incredibly difficult births, for most new parents labor and birth are the easy parts, Anderson said.

"We, as obstetrical providers, put so much focus on labor and birth, and many families have really well thought out birth plans," she said.

It's all the work that comes next that is the real challenge.

Was there anything your doctor didn't tell you about giving birth? Tell us in the comments or tweet your answers to @HuffPostParents and we'll include them in a slideshow here!

Expecting? Flip through the slideshow below to find out what's happening with your baby this week!

Pregnancy Week By Week
More:
Having A Babyparents-having-a-babyparents-pregnancyParentsnatural birth
Newsletter Sign Up
Raise the kind of person you'd like to know
Subscribe to our parenting newsletter.
Successfully Subscribed!
Realness delivered to your inbox