Long ago, and far far away, I was a child. I know, that's hard to believe, what with my recent rants about wrinkles, and aging, but I was... once a kid. As I age, that time in my life moves further and further back in my gray matter, yet takes on an increasingly powerful, almost mythical, place in my memories. Out of nowhere, fragmented memories come to me at any time, and I find myself recalling: a day spent swimming in the marshes with my good friend Julia, riding horses with my friend Kim (sadly, both are gone now), downtown and along the old railroad tracks, throwing firecrackers at my brother, and seriously burning the end of a finger, when I foolishly lit one and chased him with it. Brief images of my old bedroom, my dog having puppies, dinner at my grandmother's house, the sweet moments that seemed ordinary then, come to me... and I am transported.

(If you can imagine these two with red hair and freckles, this is pretty much what my younger brother and I looked like in 1975)

Then there are the biggies, the events that transformed and changed my life, even for a little while. For a short, sparkling blip of time, I was the only girl member of the Screamin' Demons Bike Club. I was about 11 years old, maybe 12, and I rode a bright lime green Schwinn Stingray bike, with a banana seat and classic wide handlebars. I'm not so old that I don't know that some of my memories are sugarcoated. Knowing how things went down in my family, the bike was probably my brother's, or maybe his friend David's or Chris', because there's no way my mom would have bought my sister or I anything other than a very girlish bike. Think pink with a basket and a bell, or the Raleigh I inherited from my aunt. We were expected to act like girls, and riding Stingrays and racing down dirt tracks was not appropriate. The fact that my brother and his buddies let me into their group was a serious feather in my cap for many years to come, and something I didn't tell my mother.

When I think back, I'm honestly not sure why my younger brother and his friends let me join their merry band, in the first place. At best, my brother considered me a nagging older sister, who bossed him around. After my father's death, when we were 8 and 10, my mother took the lead role as Dad, and I played the supporting role of Mom. Needless to say, my siblings didn't always appreciate the position that left them in. Frankly, neither did I. It's lonely at the top. All this to say, I have long lost the details that led up to my inclusion in their super private, "boys only" club, but I was. I was the only girl in the Screamin' Demon's Bike Club. 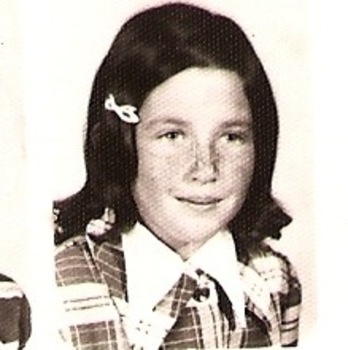 See, I was the only girl... hence the plastic bow barrette

We were mountain bikers, BMX-ers or thrill-seekers, before we knew those things existed. We didn't wear helmets... they didn't exist. We didn't have shin pads. We had bruises. Our mothers didn't ask us what we were doing, they were just happy we were outside. Ultimately, we were Evel Knievel wannabes, because Evel kicked big time ass! He rocked our world, and we worshipped everything he did. When we heard he'd broken three ribs, we wanted to break four. In many ways, I was a tomboy, though I always looked the girl I was. I was a die-hard fan of Formula 1 racing (I knew the cars and their drivers). Muhammad Ali was king, O.J. Simpson hadn't killed anyone yet-- we called him 'The Juice' and watched everything he did, and I was thrilled to get to ride with my brother and his friends. I was smug about it. I felt too cool for school.

We cleared a path down a steep hill in a deeply wooded lot, across the street from my house, and adjacent to David's house. Our trail made hairpin turns around trees, went over stumps and dips, and ended near a very old stone wall, if you didn't crash into it. We cleared every inch by hand, and took turns racing down, over and over. Admittedly, the boys did more of that work. It was their idea, not mine. I just got to join along. I was grateful, and relished my role in their club.

When we weren't on the dirt trail, we built ramps to jump over, in the middle of a quiet street near my house. I thought I was hot stuff for jumping just as high as the boys, and they were duly impressed as well. I still remember their faces when I did the highest jump, after they dared me to try it. No doubt they all were waiting to see me fall flat on my face. I didn't. I cleared the jump and air pumped my victory. In my mind, that jump was 10 feet high, but I know it was about two feet off the ground, and propelled us two and half feet into the air.

We were serious about our adventures and stared death in the eye, on the daily. And laughed. There were wipe outs, stone walls were crashed into, jumps were missed, blood was spilled. I got hurt, but I never let the guys see me cry. For that little slice of time, I wanted to be a boy, but was even more excited to be a girl who kept up with the boys. That was then. Now that I live in a serious mountain biking part of the country, it's strange to think that what I was doing then, was exactly what I'm terrified to do now. My husband comes home bloody and bruised routinely, after a day on Galbraith Mountain, and I cringe and tell him I'd never do that... but I did... 40 years ago.

When I think back on those times, spent racing our bikes and risking life and limb, what I remember most dearly now, is that my brother and I loved each other. We were a team. He let me be his pal for a while, and we shared those adventures together. Our lives hadn't gone in the horribly different directions they've gone in the 40 years since. We were still connected on the deep level that siblings share. We cared how the other was doing, and we rooted for one another. We had each other's backs. We didn't snitch on each other to Mom, and had adventures that were shared and real. That was then. Now we rarely speak and we barely know each other. He lives there, I live here. Our lives are as different as two lives can be. We love each other, but neither of us makes the effort needed, to stay connected. Then, we were on the same team, The Screamin' Demons... and I was the only girl member. 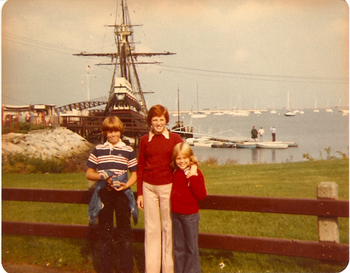 We were a family then. We hung out. We went to see the Pilgrims and the Mayflower. We jumped, because we could. And yes, those big collars were very fashionable.

Did you have adventures back in the day? Share them in the comments section. Tell me what you think. I'm listening.

Become a Facebook "fan," with the icon next to my name, at the top. And follow me on Twitter! If you'd like to read more of my writing, check out my blog Tales From the Motherland.

PHOTO GALLERY
Back To School, 70s Style
Download
Calling all HuffPost superfans!
Sign up for membership to become a founding member and help shape HuffPost's next chapter
Join HuffPost
Voting Made Easy
Register to vote and apply for an absentee ballot today
Register now

Remember When We Jumped, Because We Could?
Back To School, 70s Style 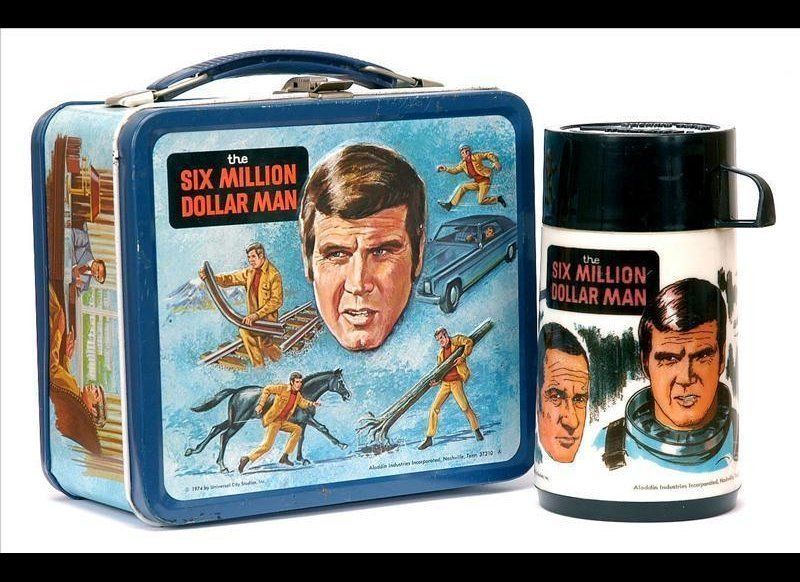