Over the last 30 years, childhood obesity has increased dramatically, and today, one-third of our children are overweight or obese. As we consider what needs to be done, the first thing that comes to my mind is the African proverb, "It takes a village to raise a child." As the White House Task Force on Childhood Obesity concluded, everyone, including the food and entertainment industries, government, media, schools and local communities, must support parents' efforts to create a healthy environment for their children.

As a parent myself, I know what powerful forces parents are up against when it comes to raising healthy kids. Children are constantly bombarded with messages for unhealthy food. Messages are on TV, the Internet, in schools, in restaurants and stores. Many common food marketing techniques reach children behind our backs and in ways that blur the line between content and advertising, such as branded games and mobile apps and Facebook posts. Parents are doing their best, but they can't do it alone. So that's why our group at the Yale Rudd Center for Food Policy & Obesity has surveyed parents every year since 2008 to determine their biggest challenges in encouraging their children to eat healthy. We also wanted to find out what can be done to make their jobs easier.

The parents that we surveyed have a sophisticated understanding of nutrition and childhood obesity. They are not simplistically "blaming" others for these problems and understand that they have a critical role in raising their own children. What they are saying is that they feel not only unsupported, but actually undermined, by many societal factors that are making parenting more difficult. These factors include the expense of healthy foods, easy access to unhealthy foods, unhealthy food marketing and children's media usage. Furthermore, parents think that these obstacles are getting worse, not better. Sixty-nine percent of the parents rated the media as a negative influence on their children's eating habits, followed by the food industry at 61% and the government at 55%.

Parents have access to rating systems that help them protect their children from inappropriate content in the media including the use of alcohol, tobacco, violence and sex. In our survey, parents ranked unhealthy food marketing and unhealthy eating messages just as concerning as alcohol and tobacco use in the media. However, there are no tools to help them identify these harmful forms of media.

So what did parents say can be done to help them out? The majority of parents surveyed would like to see policies that restrict food advertising to children and adolescents on television. Parents also widely support a number of policy initiatives to help improve kids' eating habits, including strengthening nutrition standards for all foods sold in schools, including vending machines; banning advertising on school buses; and prohibiting unhealthy food marketing in schools. Parents would also like to see restrictions on other types of marketing, such as cartoon characters on food packages, toy giveaways and mobile and social media marketing (e.g., Facebook, Twitter). In fact, the majority of parents, regardless of political orientation, support all these policies.

Parents have a very difficult job and they approve of policies that would help them address obstacles that interfere with their best efforts to raise healthy children. There are segments of the commercial food and entertainment industries that say government and policy makers should resist these options. Then, these same profit-driven industries turn around and blame the parents for failing.

Policy makers, the public health community and food and media companies have a responsibility to take action to help parents raise healthy children. If we want a healthier future for all of our children, now is the time to put corporate profits and politics aside and work together. The role of government is to solve problems collectively that individuals cannot solve on their own. Children, and their parents, deserve to live in a society that works with them toward the same goal: ensuring the lifetime health and well-being of the next generation.

Professor of Epidemiology and Public Health and as Director of the Rudd Center for Food Policy & Obesity. 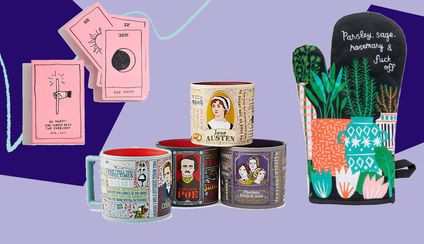