Three South African children were found dead by a grandparent after becoming stuck in an abandoned refrigerator as they played near their home, police said on Saturday.

Their bodies were found Friday in Atamelang, a town in the country's North West province, police spokesman Sergeant Kealeboga Molale said. Two of the victims were four years old and the other was just three.

"They were playing outside... and that's how they went into it and died, the three of them. Two were four years old and one (was) three," he added.

The grandfather of at least one of the children apparently found their bodies after they failed to return home and called the police. An enquiry has been opened into the deaths. 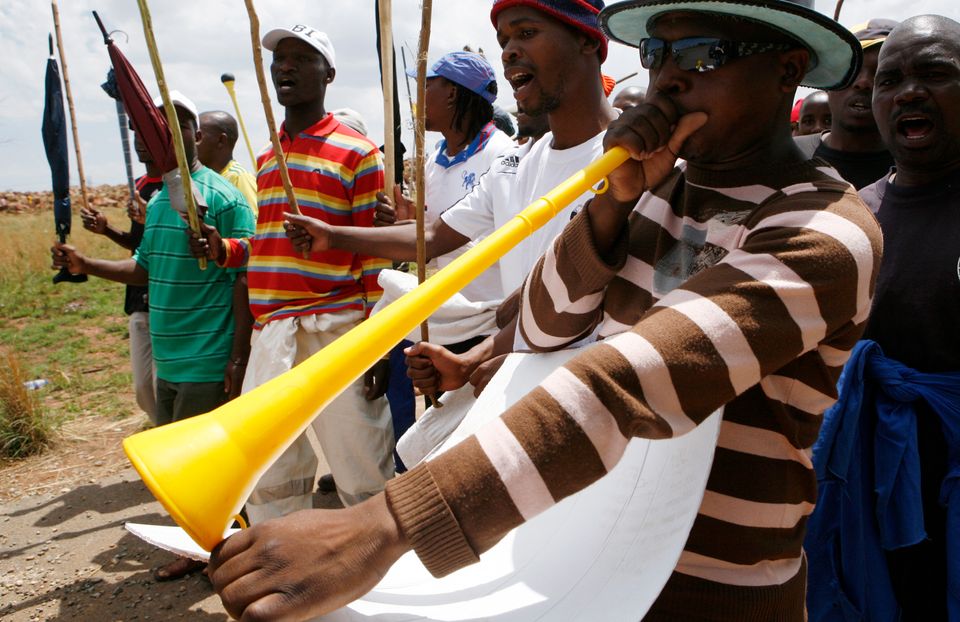 1 / 12
Miners sing during their strike at the AngloGold Ashanti Mine in Fochville near Johannesburg, South Africa, Friday, Oct. 19, 2012. (AP Photo/Themba Hadebe)
AP