On July 7, Connecticut father Kyle Seitz got out of his car and went to work, leaving his 15-month-old son, Benjamin, strapped in his car seat. Seitz was supposed to drop his son at day care, but forgot, police told the Connecticut Post. After spending the whole day in the hot car, Benjamin was pronounced dead at 6 p.m. at a local hospital.

Other children have died in hot cars this summer, including a 5-year-old boy in Illinois in May and a baby girl in Utah earlier this month.

So far this year, at least 23 children have died after being left in hot vehicles, according to KidsAndCars.org, an advocacy organization that raises public awareness about the issue. On rare occasions, parents are criminally charged after a child's death in a hot car -- as in the case of 22-month-old Cooper Harris, who died in June after his father, Ross Harris, left him in a car while he went to work.

Most of the time, though, the story is the same. "An otherwise loving and attentive parent one day gets busy, or distracted, or upset, or confused by a change in his or her daily routine, and just... forgets a child is in the car," Gene Weingarten wrote in his Pulitzer Prize-winning Washington Post story on deaths of children in hot cars. His conclusion: It can happen to anyone.

One strategy to prevent it from happening to you is the "shoe trick." Each time you put your child in the back seat, take off your left shoe and put it back there too.

Twenty states have laws specifically about leaving children in unattended vehicles. They vary regarding the age of the child and length of time they are left in the car, and some only apply when the conditions represent a significant threat to the child, or result in injury or death. The only legislation specifically on the issue in Rhode Island, for example, allows for police to issue a verbal warning to parents who leave their children in cars (though laws against endangerment and abuse may still apply).

Some have argued that these laws are sometimes inappropriately applied, and point to cases in which a parent is charged with child neglect or endangerment for running into the store for a few minutes and leaving a child in the car.

Laws can only do so much to prevent accidents, and about 38 children die after being left unattended in a hot car each year in the United States, according to a research by Jan Null, a meteorologist and adjunct professor at San Francisco State University. Most of the deaths are the result of terrible lapses of memory. These tragedies happen across the country, but especially in the hottest states. Incidents can occur even on mild days -- the interior temperature of a car left outside on a 70-degree day can reach 104 degrees in 30 minutes, according to a 2005 study published in the journal Pediatrics.

Below, some more numbers on how and why children keep dying in hot cars. 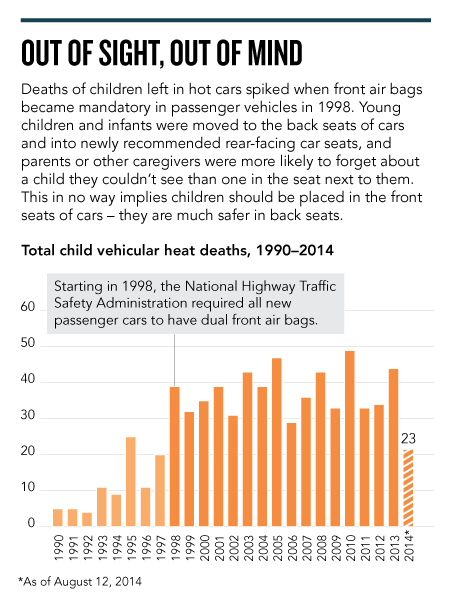 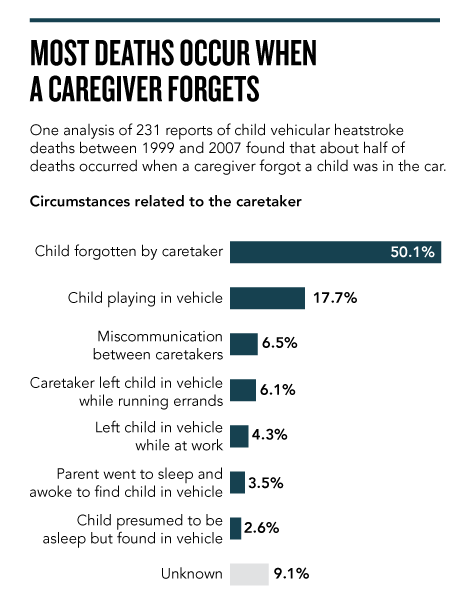 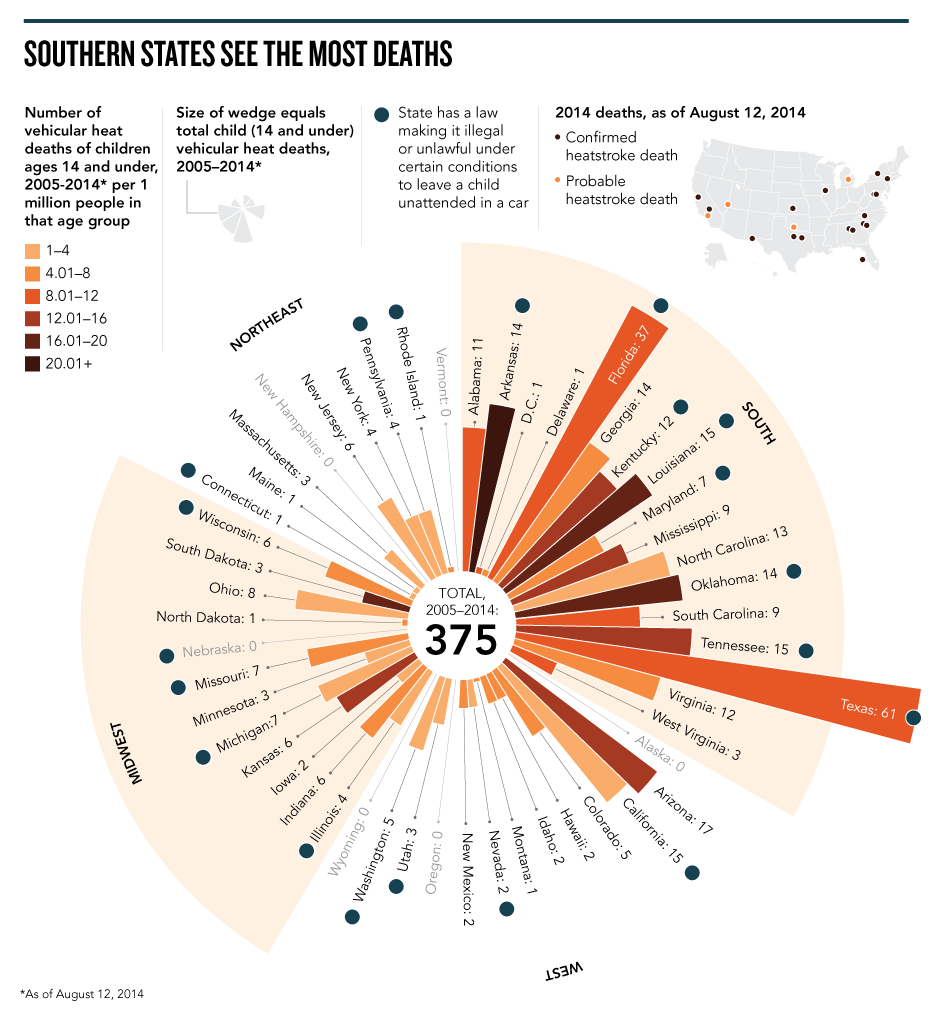 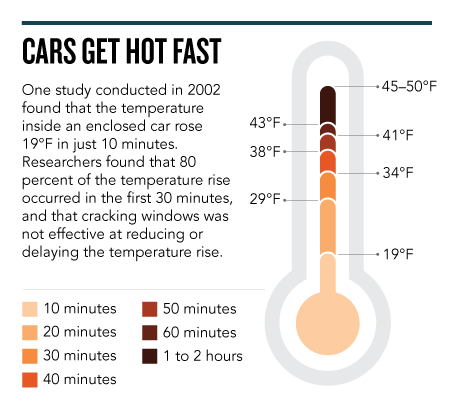 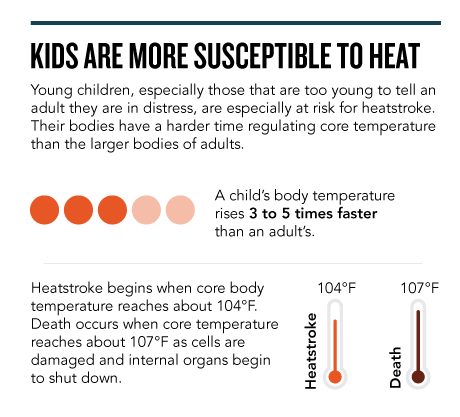