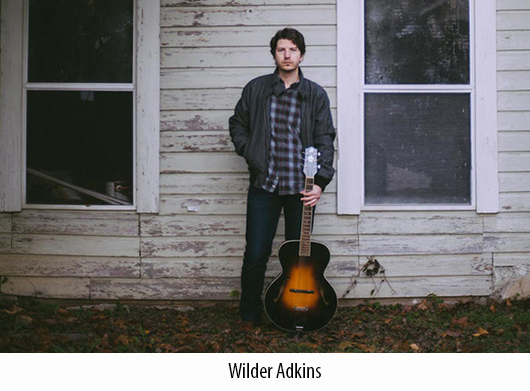 As we find ourselves careening into the dystopian unreality of this presidential election, I'm scouring the creative landscape with a survivalists instincts to understand the forces driving the chaos of what's unfolding, I had the good fortune to see a music video release Our Love is a Garden from a new album Hope & Sorrow by Wilder Adkins. Directed by Marcus Tortorici and edited by a colleague, Heather Danosky, I was struck by the perspective these three millennials shared in their collaboration and it gave me a glimpse into some of the attitudes that are part of the undercurrent of social and political upheaval. It's a beautiful song and the video is an exceptional visualization, suffused with an aura of the incomprehensible swirling around us. Wilder's song is about the garden, in a biblical sense, but Tortorici tells us the visual story of a pair of lovers who come to this "garden" without the experience of innocence, while the lyrics speak an older language of love's fragile nature, and how difficult it is to travel together through the landscape of union and life.

Something about the song and the visuals made me ask them how they felt about the world around them, what they see in the news, in the forces and velocity of what's being released upon us. Heather stated very simply that she was terrified, and had no idea where her life's trajectory would take her. Marcus shared the feeling of how hard it is to connect with people because there's such a pervasive attitude of protectiveness and caution. It felt to him like people withhold their real or vulnerable selves and are disconnected from the very idea of it. Wilder told me he keeps the tools of his craft small and close at hand so he doesn't need much in the way of resources to express himself. All three of them shared a similar sense of mistrust and confusion as to where all of these chaotically unfolding events would take them.

Although all three are at the point where their creative energies are propelling them into the lives they're meant to have, they talked about not being able to see around the next corner. They expressed difficulty in having expectations about the future. The more they explained the feelings that lead them to the music and the visual interpretation, the more I was struck by how familiar this emotional landscape seemed. I was staring into an experience I've seen from a different perspective and I recognized the face of my son, of this age, which instantly propelled me into his life.

Born at the dawn of the internet, growing up in Los Angeles, at first in a gentle life. He had neighborhood friends, bikes, and skateboards, accented by video games, swimming parties, roller coasters, and birthday parties. One afternoon the city erupted in flames from the immense injustice of the Rodney King verdict and the '92 riots unfolded. We lived close enough to be inundated in the smoke and sirens and we watched the steady stream of images from inside our home, unsettling and traumatic. Then early one morning the house began to shake so hard it felt as though it was ripping apart and the ceiling of our bedroom opened up to a dark sky while our house filled with dust. It was a long time before the shaking faded into his memories while the weave of his family was pulled loose in divorce.

Before long, the house, the pool, and the neighborhood were gone and his life in Brooklyn began. Then the World Trade Center Towers came down, 20 blocks from his school. A door opened in his bedroom, with the beginnings of social media and YouTube. The images of change and upheaval were no longer witnessed in the newspaper or on the family TV, he discovered them in the dark, often alone, as we invaded Iraq and the deluge of destruction poured in through a wire. During his college years, he began to see my life change. The f company I created deteriorated with incredible speed when the recession took hold. There was a brilliant flash of hope as Barack Obama was elected President, but the unraveling continued. He made his way home from school as we moved from our house. My company closed. We moved again, and again until finally there was no more room for him. I pushed him out as he transformed into his adult self and the world he entered was not one of promise and potential, but shaped by limitations and scarcity with hope in short supply.

He is a cautious and wary young man, creative and soft spoken. He can erupt in joy and laughter, but it's always tempered. There's little room for reckless abandon in a world of frequent change and unexpected loss. These children of ours having grown up in a hyper internet connected world have seen and experienced so much more than I did. They possess the tentative sensibilities of those who have experienced first hand, this unstable, dramatically changing world from the wide-eyed vantage point of a child.

While watching the groundswell of political activism within the ranks of these children of the unraveling, suddenly the notion that so many of them would passionately support an experienced and wizened veteran senator instead of youthful vigor as the embodiment of their hopes and dreams, doesn't seem as incongruous as it did prior to the simple act of experiencing this song and video. Although this vision of the garden with its absence of innocence conjured a series of dark, complex and difficult memories for me, it left me feeling hopeful. They took the dreams and recollections of their experiences and transformed them into something quite beautiful. The capacity to find and feel love remains and it will be interesting to see what they weave out of it.

Our Love Is a Garden from Marcus Tortorici on Vimeo.