SANTIAGO (Reuters) - A uniformed policeman celebrated his gay civil union in Chile's capital, Santiago, on Wednesday, the first time a member of the force has taken advantage of a new law allowing civil partnerships in the conservative South American nation.

The law, which took effect in October is seen as a big step forward for gay rights in conservative Chile.

"To let everyone know that you're gay isn't easy, but if you have the support of friends, family, and the people that you know, there's no problem," said Hugo Alcalde, after celebrating his civil union with Jose Luis Valdes.

"It's a weight off your shoulders."

According to Rolando Jimenez, leader of the Chilean gay rights group, Movilh, the move represents a broader trend of police and military beginning to knock down barriers to inclusion.

"So, this is an historic milestone, and we thank and value the bravery of this first officer to publicly take this step," he said. 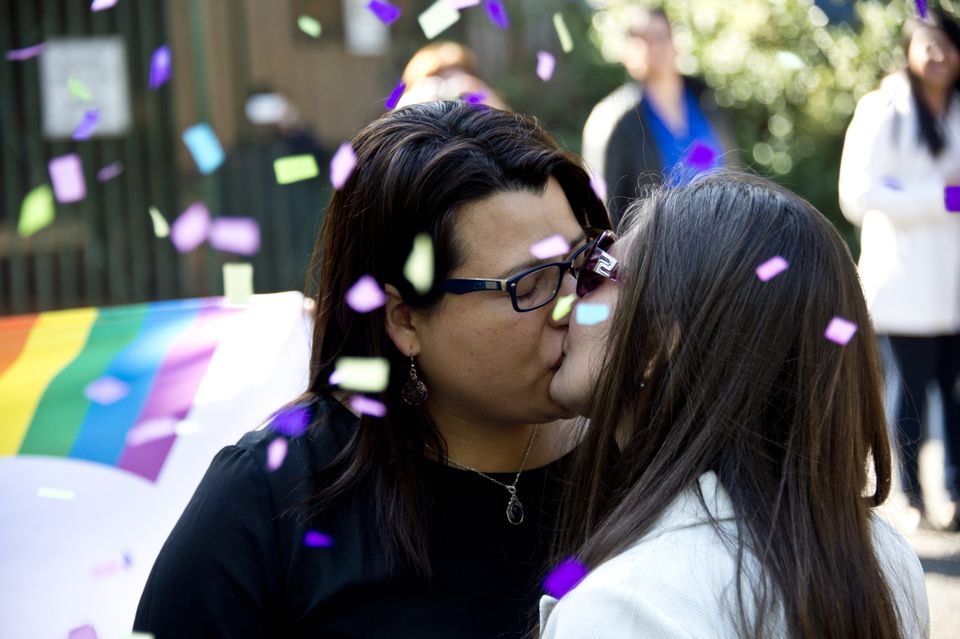 1 / 8
Roxana Ortiz (L) and Virginia Gomez kiss each other after their Civil Marriage ceremony at the Registry Office in Santiago on Octubre 22, 2015. The Chilean government launched a campaign Tuesday to promote a new civil union law that will go into effect Thursday and apply to both heterosexual and homosexual couples. The law, long-sought by advocacy groups, is seen as a first step towards allowing gay marriage in the heavily Catholic country. AFP PHOTO / MARTIN BERNETTI (Photo credit should read MARTIN BERNETTI/AFP/Getty Images)
MARTIN BERNETTI via Getty Images