We like to think there is a lesson to be learned from every mistake. In the case of a California Chili's waitress, who's just been fired for posting an angry rant on her Facebook page, we're not even sure which lesson to start with, or who should be learning it.

The incident began when this young woman was stiffed on a tip. She took to Facebook to let off some steam. "Next time you tip me $5 on a $138 bill, don't even bother coming in cause I'll spit in your food and then in your fuckig [sic] face you cheap bastards!!!!!!!!!"

Lesson #1: don't stiff servers on tips. It's often their main source of income and generally sends bad feelings into the universe. Lesson #2: you probably shouldn't threaten to spit on someone on your Facebook page, especially if you live in a state where that constitutes assault, like California. Also, restaurants are generally not excited to hear their employees threaten to spit in their customers' food.

How, you might be asking, did her managers at Chili's find out about this? That is where the story gets a little more complex. This Reddit thread exploded with comments overnight, in response to the claim that a 4Chan user, Dr. Jimmy Rustles, may have been the whistleblower on this young waitress.

The Daily Dot seems to have called this out as a fake, however, after doing some fact-checking with the management team at Chili's, who claim that the young woman's "social media guideline violations" were not brought to their attention by this gleeful troublemaker. These kinds of screengrabs are notoriously easy to fake, although they look pretty convincing to us. 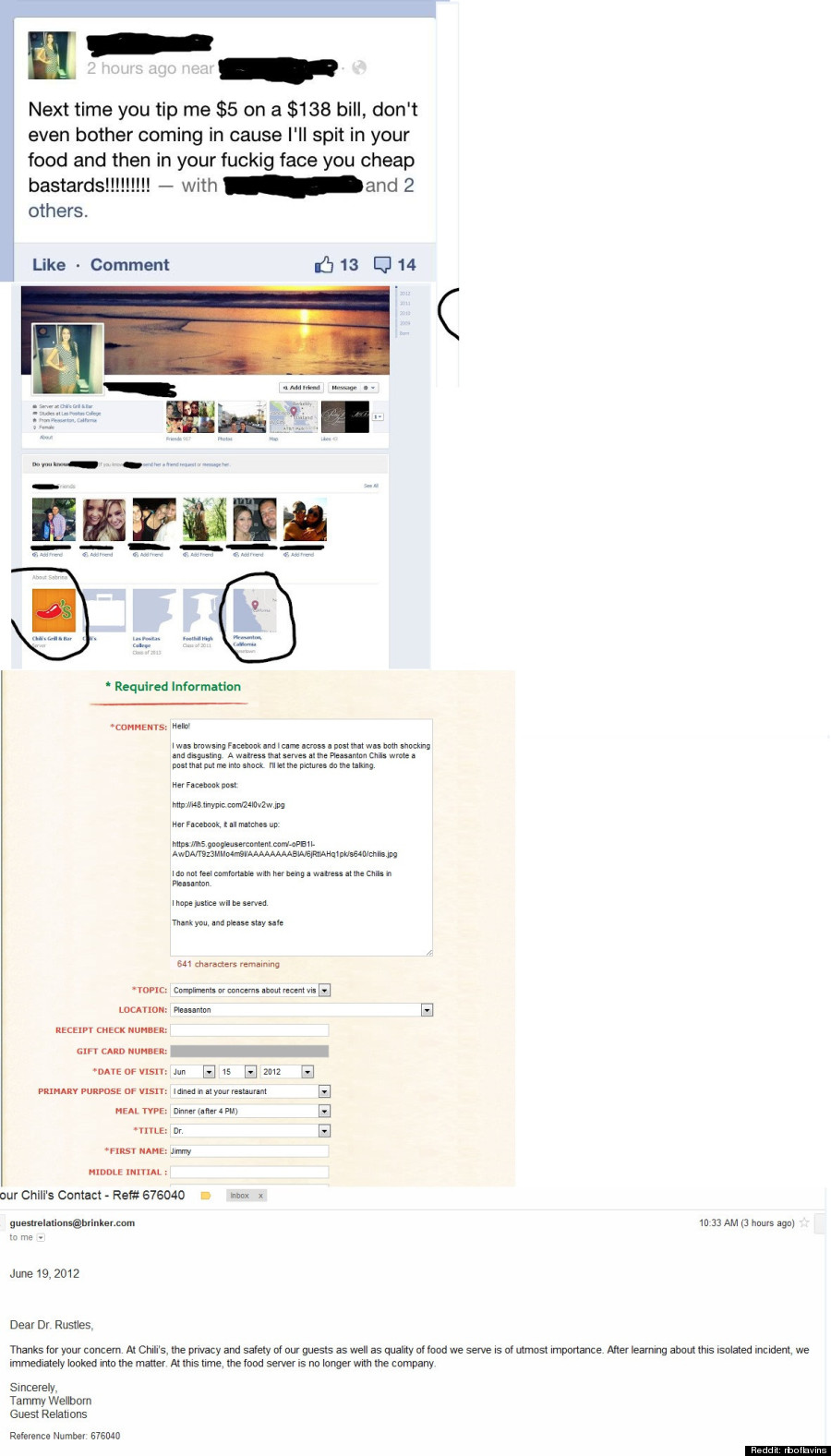 The Daily Dot also noted, "Most commenters on the thread -- which is in the 4Chan subreddit, known for a greater propensity for trolling and a lack of sympathy compared to most of Reddit -- seem to find the whole thing hilarious. A few, however, are squeamish that she lost her job over a Facebook post." The server has deactivated her Facebook account, in the midst of this complex social media hurricane.

Lesson #3: Keep your fingers crossed that 4Chan's rabblerousers don't catch wind of your misbehavior and want to mess with you, just in case this is actually how things went down.

9 Of The Craziest Restaurant Tips