At the beginning of a discussion on how to raise feminist children at Tina Brown’s Women in the World Summit, moderator Katie Couric asked both Richards and Adichie about the recent attacks on women’s health care and Planned Parenthood specifically. Couric cited the failed attempt to defund the health care organization through the American Health Care Act (which never even came to a vote), as well as the expansion of the global gag rule and the recent Congressional decision to allow states to withhold Title X family planning money from Planned Parenthood.

A few minutes into the conversation, Couric asked Adichie whether she thought that the outsize number of attacks on Planned Parenthood were actually about resistance to the progress women have made in the U.S.

“I think that Planned Parenthood represents so much,” said Adichie. “It represents all the progress that American women have made, and I think it also in some ways represents the idea that women can be sexual beings.”

Because I think there’s a lot of about the discourse that really is about not just controlling women’s bodies, but also saying that women cannot be sexual without consequences in a way that men can. And I think that Planned Parenthood has become a symbol for all of that, and it’s just terrible how it’s constantly being attacked.

“We see everybody in this country,” Richards said. “And folks don’t come to us to make a political statement. They come because they need access to affordable health care, and that’s not a partisan issue in America. And it certainly shouldn’t be. And I wish the U.S. Congress would understand that.”

(Watch the above video starting at around 4:00 to see Adichie’s comments on Planned Parenthood.) 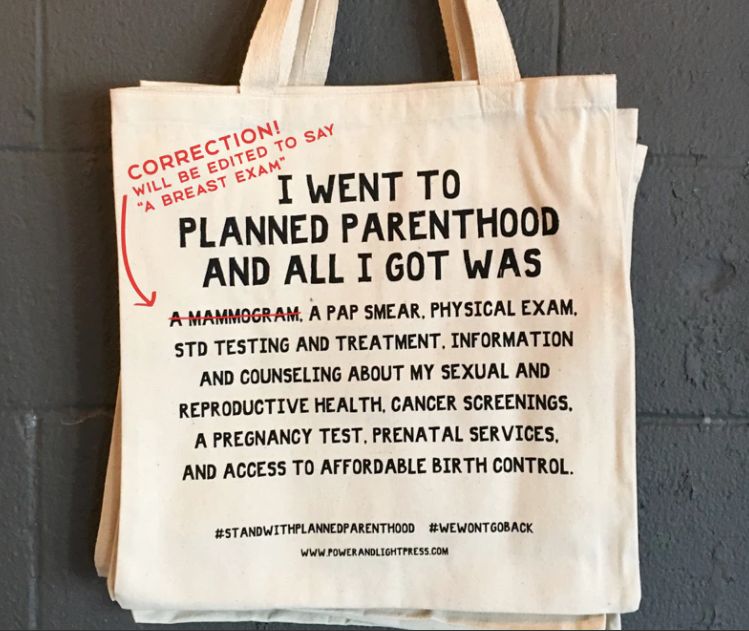