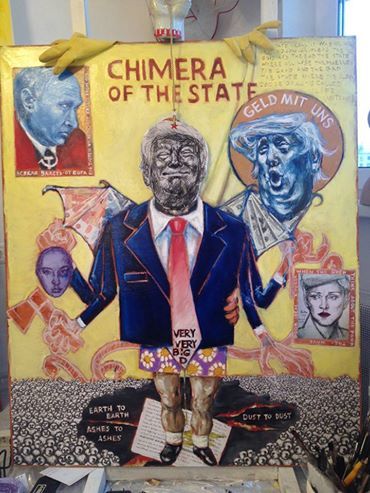 Chimera of the State by Lena Hades

The painting is not yet finished, but it will be ready in a week or two...The painting's size is 39" x 47", it depicts a monster with the head of a man, with wings of a bat, two snake-headed tails and four hands. 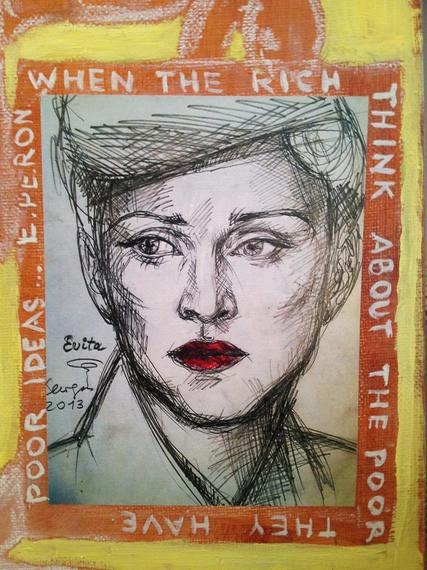 "Tired with all these, for restful death I cry"... This is the Sonnet 66 of Shakespeare, it describes very well my state of mind when I think about Putin's sympathy for Donald Trump.
Tired with all these, for restful death I cry,
As to behold desert a beggar born,
And needy nothing trimm'd in jollity,
And purest faith unhappily forsworn,
And gilded honour shamefully misplac'd,
And maiden virtue rudely strumpeted,
And right perfection wrongfully disgrac'd,
And strength by limping sway disabled
And art made tongue-tied by authority,
And folly--doctor-like--controlling skill,
And simple truth miscall'd simplicity,
And captive good attending captain ill:
Tir'd with all these, from these would I be gone,
Save that, to die, I leave my love alone.