Cheetah, a former medical test subject, and Brent, "a 36-year-old who paints only with his tongue," are the winners! Of the great chimpanzee painting competition, that is. The contest, hosted by the Humane Society of the United States to raise money for retired chimps, pitted six amateur chimp artists from sanctuaries across the country in a monthlong battle, the results of which were announced today. Each chimp took home varying amounts of money for their sanctuaries, and the paintings will be auctioned on eBay as a way to raise additional funds.

All of which is worthwhile and heartwarming and novel and fun and worth repeating, Humane Society! But competitions in modern America should also be brutal and drawn-out, no?

So we ask you, dear readers, to whittle the Humane Society's winner's list further. Your choices are the two original victors: Brent, the tongue-painter, winner of the public's vote, and a $10,000 prize. Or Cheetah, voted second by the public (at $5000), but first by Humane Society celebrity judge Jane Goodall. Cheetah is a hero of sorts: he reportedly underwent more than 400 liver biopsies during his 19 year stint as a research chimp and somehow emerged not attacking every human in sight. He even has a best friend named Timmy, according to USA Today. Then again, Brent stole the hearts of the people.

So, finally, who is the champ of all the chimps? Scroll through to see each winner's entry, and take the poll below. The winner of this contest will receive our undying virtual love and a trillion pant hoots. Same for the loser. Don't forget to bid when all of these paintings go up for auction -- help a retired chimp!

Hi, my name is Brent. I prefer cool colors, and the use of my intrinsic muscles. 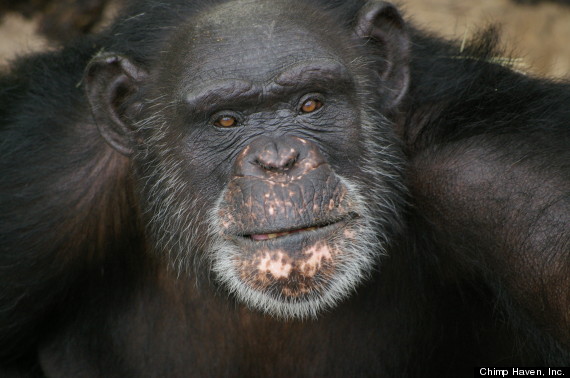 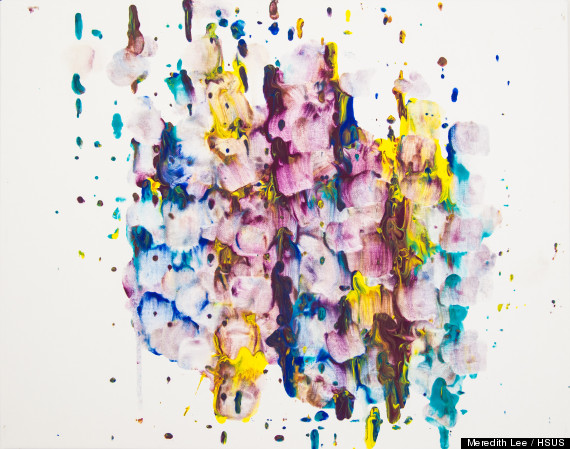 From the Humane Society: Artwork by Brent, a chimpanzee at Chimp Haven in Keithville, La. Brent is 37 years old and has lived at Chimp Haven since 2006. He is protective of Grandma, Chimp Haven's oldest resident. He loves to laugh and play. Brent paints only with his tongue. His unique approach and style, while a little unorthodox, results in beautiful pieces of art.

Cheetah here. I like a warm palette and getting paint on my lips. 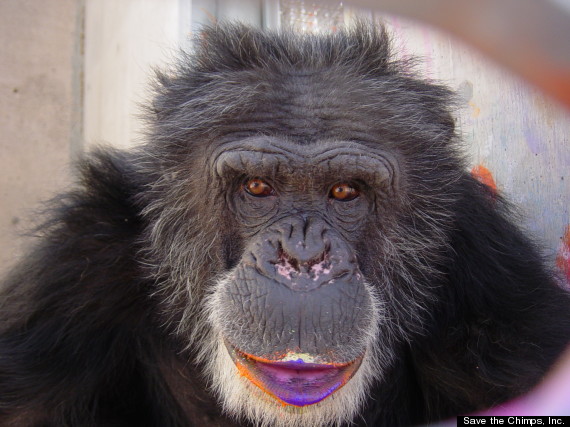 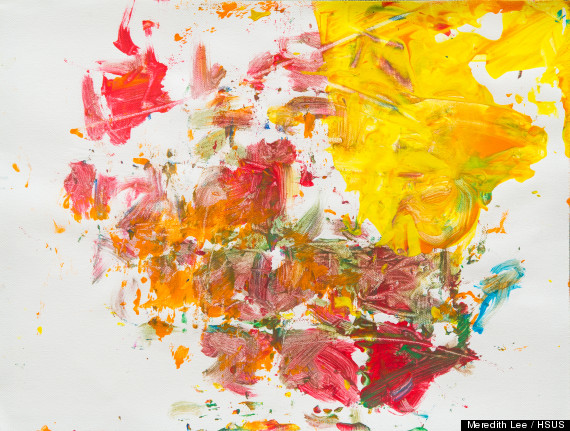 From the HS: Cheetah is a chimpanzee who lives at Save the Chimps in Ft. Pierce, Fla. Cheetah, estimated to be born in the 1970's, lived alone in a laboratory for 13 years and endured over 400 over biopsies. He was rescued by Save the Chimps in 2002 and has since discovered his passion for painting.