Inside every chimp might be a budding chef, just waiting for the right opportunity to show off his culinary skills.

While it's long been known that chimps prefer cooked food when given the option, a new study goes even further, showing how chimps may have the patience, planning ability and understanding needed to do the cooking themselves if given the opportunity.

For the study, published this week in Proceedings of the Royal Society B, researchers created a "cooking" device, which was really just a bowl with a false bottom and a cooked potato slice inside. As far as the chimps knew, however, a raw potato would go inside the device, and after a short wait -- while the researchers "cooked" the tuber (by shaking it) -- it would emerge as a cooked potato slice.

In a series of experiments, chimps at the Jane Goodall Institute’s Tchimpounga Chimpanzee Sanctuary in the Democratic Republic of Congo would routinely put their raw potato slice into the cooker and wait for cooked potato, according to the study.

Even when given the option, the chimps wouldn't put a cooked potato or non-food item into the cooker; only raw potato.

In some cases, the animals were not only willing to delay the gratification of eating to get a cooked potato instead of a raw one, but they were even willing to carry the potato over a short distance to be cooked.

They didn't always make it to the cooker, however.

"They'd often try to carry it with their mouth, because chimpanzees are knuckle walkers, and you'd almost see them accidentally eat the food on their way over, almost like 'oops' they couldn't even resist, because they were carrying the food in their mouth," Yale psychologist Alexandra Rosati, one of the authors of the study, told Scientific American.

Half of the chimps were able to resist eating multiple potatoes to build up a stash to be cooked later, with some saving up to 28 potato slices in anticipation of cooking, according to The Guardian.

"Usually chimpanzees just eat what they can get right away and would never give up edible food, so it was remarkable to see that,” Felix Warneken, a psychologist at Harvard University and co-author of the study, told the newspaper.

It seems only two things may stop chimps from being chefs.

First, they have no control over fire. And second, they just don't trust each other enough.

"People go out to gather food and then bring it back to a central location to prepare the food there and also divide it up. For this to occur there needs to be mutual trust," Warneken told Braindecoder. "If that is not the case and you risk losing your food, it might be better to consume it right away."

From an evolutionary perspective, the researchers say the study suggests that it's likely our common ancestors also had the skills needed to cook.

A desire to cook may have even driven the earliest humans to learn how to control fire, especially if they had tasted food that had been cooked by a wildfire, the researchers speculated. 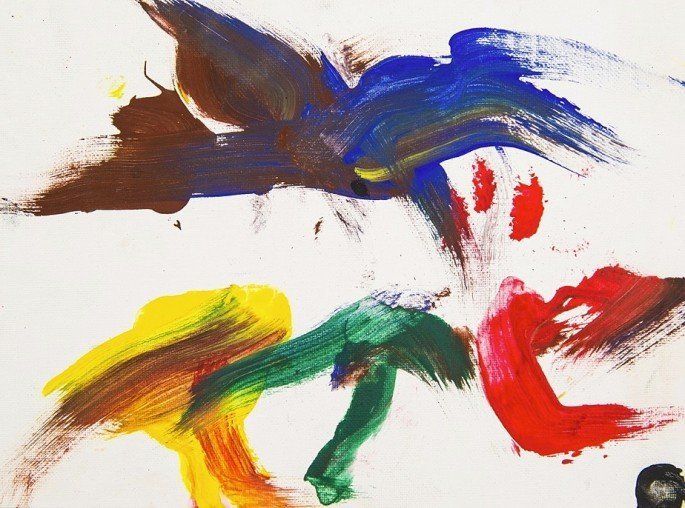 1 / 12
Patti's painting
The Humane Society of the United States