It wasn’t that long ago when it was all smiles between the Chinese and Africans. Remember when the headlines were all about “win-win” development, China’s role in helping Africa to rise above its colonial past and investment ― lots and lots of Chinese investment? Every year, trade between the two would surge to new, record highs. Those were indeed good days.

Now, things are different. A seemingly never-ending slump in commodity and oil prices is taking its toll on Africa’s export-reliant economies, prompting fears of a new, devastating debt crisis. Chinese trade and investment in Africa are also slowing as the People’s Republic of China undergoes a profound economic transformation from being a manufacturing-led economy to one driven by services and consumption.

On the ground, in many parts of Africa, the Chinese are encountering new challenges. PRC peacekeepers are being swept up into the violent conflicts that ravage certain regions of Africa, Chinese civilians have been the victims of terrorism and there is a growing sense, according to some public opinion surveys, that the Chinese are becoming less and less popular on the continent.

While none of this sounds encouraging, a growing number of international policy analysts suggest this may actually be a very important next step in the China-Africa relationship where better, smarter policies emerge from these adversities. Jonathan S. Paris is one of those observers who is researching the rapidly changing Sino-African geopolitical landscape as part of a multi-year study entitled “The Future of China in Africa 2035.”

Paris is an accomplished global affairs scholar with expertise in the Middle East and Southeast Asia. He is an associate fellow at the International Centre for the Study of Radicalisation at King’s College London and a senior advisor to the Chertoff Group in Washington, D.C. He is also a member of Chatham House in London and the Council on Foreign Relations in the U.S.. Paris joins Eric and Cobus ― in the podcast above ― to discuss his current research and why moving on from the Sino-African honeymoon may not be such a bad thing.

Join the conversation. What do you think about this new phase of Chinese engagement in Africa? 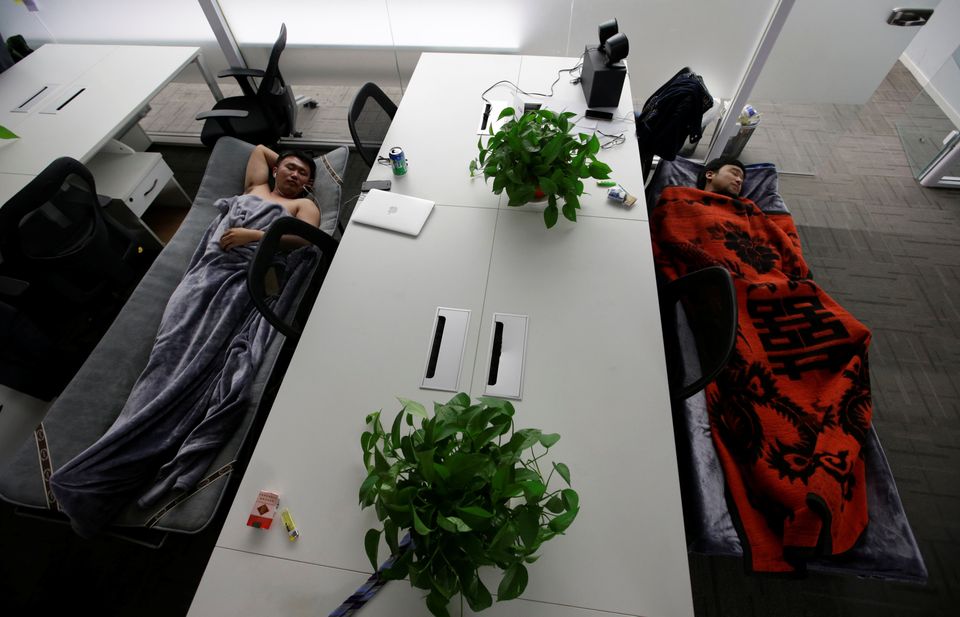 1 / 11
Han Liqun (L), HR manager of RenRen Credit Management Co., and IT engineer Xiang Siyang sleep on camp beds at the office after finishing early morning work, in Beijing, China, April 27, 2016.&nbsp;Office workers sleeping on the job is a common sight in China, where a surplus of cheap labour can lead to downtime at work. But in China's technology sector, where business is growing faster than many start-up firms can hire new staff, workers burn the midnight oil to meet deadlines and compete with their rivals. Some companies provide sleeping areas and beds for workers to rest during late nights.
Jason Lee/Reuters