As world leaders convene in Paris for the COP21 climate change talks, a Chinese artist wants to help the world visualize the disgusting effects of pollution.

On Monday, Chinese artist Wang Renzheng -- known artistically as Jianguo Xiongdi, or "Nut Brother" -- created a brick out of pollution particles sucked up from Beijing's air in a campaign to raise awareness about the country's pollution levels, Wang wrote in Chinese on his Weibo account.

"I want to show this absurdity to more people," Wang said Tuesday, according to The Guardian.

Every day for 100 days, from July 24 through Nov. 29, Wang spent four hours in various spots around Beijing, from small alleyways to the National Stadium to Tiananmen Square, holding up the nozzle of an industrial vacuum cleaner to suck in the air pollutants that Beijing citizens breathe.

On Monday, he took what he'd collected -- about 100 grams of dust and smog -- and mixed it with some clay, which he then baked into a brick, China Daily reported Tuesday.

People in Beijing have been experiencing an "Airpocalypse" recently, as pollution soared to abnormally high levels for the fifth consecutive day Tuesday. Beijing schools were ordered to keep students indoors, the Associated Press reported. Sections of highway were closed down, and factories and construction sites were instructed to reduce their work.

On Tuesday, Beijing's Particulate Matter 2.5 (PM2.5) index -- which measures the number of small, cancer-causing pollutants in the air -- was higher than 500 micrograms per cubic meter (ug/m3), according to recent tweets from the U.S. State Department Air Quality Monitoring Program in China. Some suburban neighborhoods outside Beijing recorded almost 1,000 ug/m3 the day before. The World Health Organization's "safe level" for PM2.5 levels is 25 ug/m3.

More on pollution in China:

- How Social Media Is Taking On The Environment In China 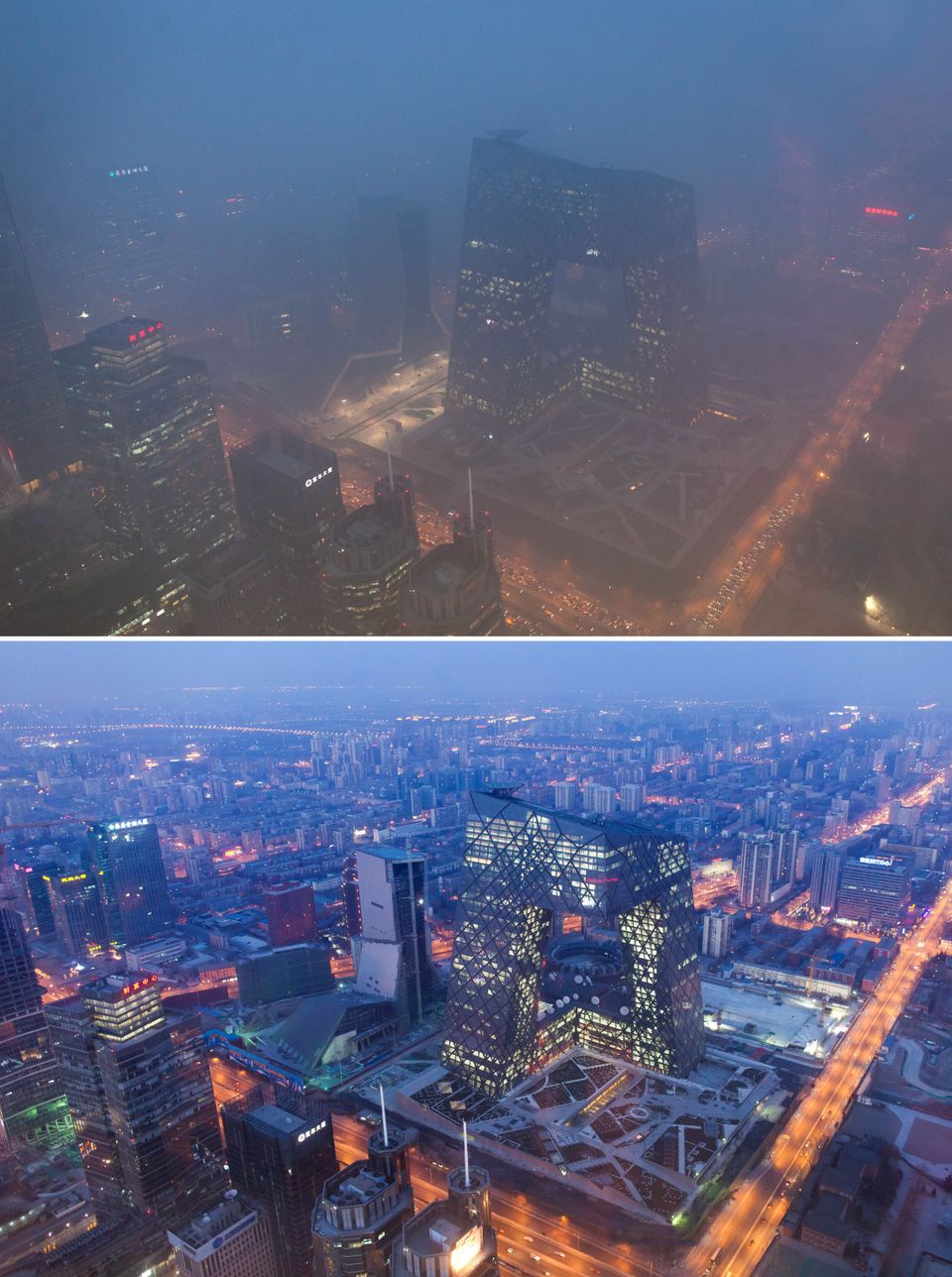