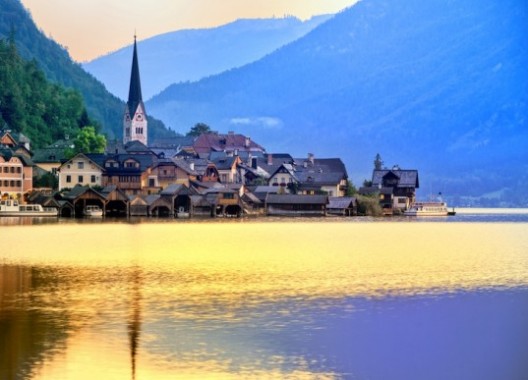 The Chinese are well-known for their penchant for knock-offs, be it brand-name handbags or high-tech gadgets, but this time, they’ve taken it to a whole other level.

A small Unesco-protected village in Austria, Hallstatt, has been recreated, brick for brick, in the subtropical district of Guangdong, China. While Hallstatt residents were at first unhappy with this clone, most have come around to the idea (aided in large part by the influx of Chinese tourists now making their way to this small Austrian site).

As odd-ball as this cloning idea may seem, it’s highly possible that Hallstatt will only be the first of many. When you consider ever-improving 3D Printers and the increasingly-common open sharing of “physible data” (digital data that has the potential to become physical objects), it’s not so difficult to imagine that – one day – cities will be downloadable and reproducible all over the globe. Perhaps in the future, Architects will work purely in the conceptual realm, designing plans that consumers will then produce.

If that’s the case, can there be any doubt that China will lead the way?

Story via Inhabitat and Reuters.