He’s Mister “Fatty Kim” to you!

Websites have officially blocked searches using the term “Fatty Kim The Third,” a disparaging but popular term for the North Korean dictator, according to Reuters.

For some reason, North Korean officials found the term offensive. They beefed about their fearless leader being called “fat” in a meeting with Chinese counterparts, according to the New York Post.

They were afraid how Kim might react if he found out about the irreverent web searches, according to the Associated Press.

The “Fatty Kim” ban is pretty heavy-handed: searches for the Chinese words “Jin San Pang” on the search engine Baidu and microblogging platform Weibo have returned no results this week, the Post reports.

However, “Kim Fat Fat Fat” still brings up results, according to the Associated Press.

Baidu spokeswoman Tracey Hu did not comment on the ban, the AP reported.

Chinese Foreign Ministry spokesman Geng Shuang said reports the government had banned the search term “did not accord with the facts.”

He said China “does not approve of insulting or ridiculing language to address any country’s leader,” according to Reuters.

As you may have figured out, the nickname pokes fun at Kim’s girth and the fact that his Dad and grandfather previously ruled the Communist country.

However, a rather dubious teacher’s guide sent to North Korean schools last year claims that nicknames like “Fatty Kim The Third” or even “Kim Fat Fat Fat” ignore what an extraordinary person Kim is.

If the guide is to be believed, Kim was able to drive a car at age 3, and beat the chief executive of a foreign yacht company in a boating race when he was 9. 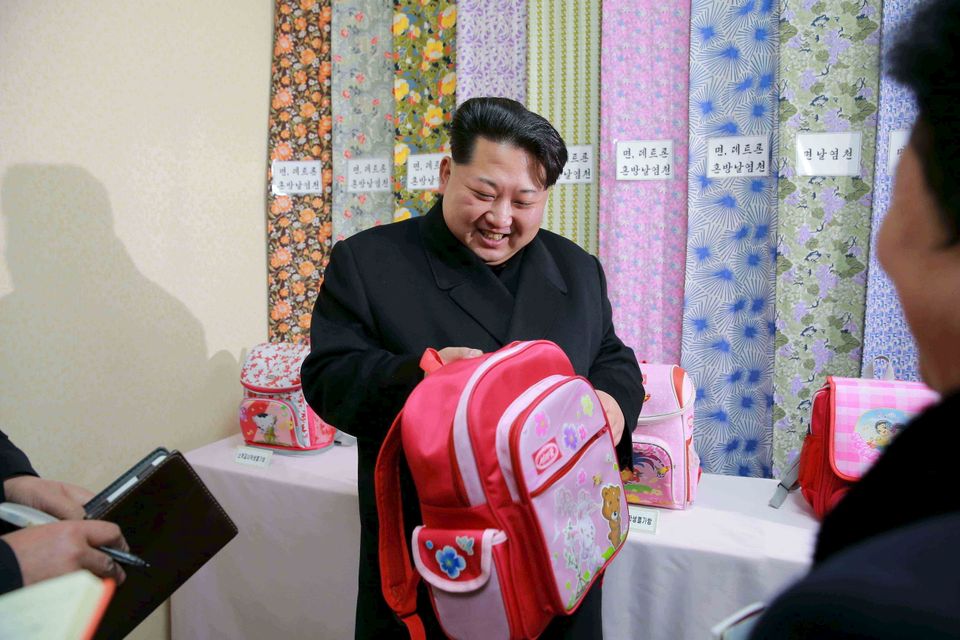