I'm going to take a little (very little) victory lap here. Several times in this space, I've suggested that Apple needs to move manufacturing back home. Each time I've gotten comments like "that's not going to happen" or "they will just move to Vietnam or the next cheapest labor market." However, Apple CEO Tim Cook announced on Thursday that he is going to manufacture a line of Macintosh computers in the U.S. Firstly, good work Tim, and thanks for finally listening to the vocal minority of us who have been complaining about this situation for years. 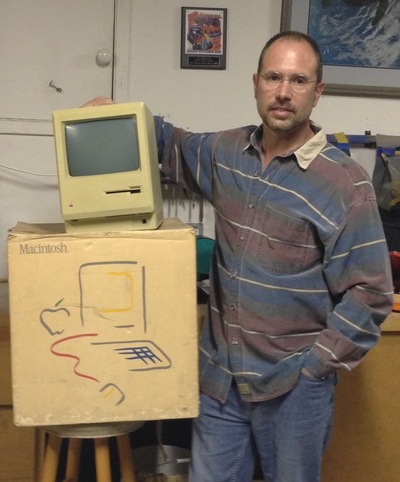 I still have my first Macintosh, with its anemic 128k of RAM. When that plucky little beige beastie greeted the public it was assembled at a state-of-the-art plant in Fremont, Calif. Yes, that California, the one with the high taxes, tough labor laws and the environmental crazies. To be fair, Apple moved Mac production out of the state within a couple of years and out of the country not long after. Apple production was done in various places including Cork, Ireland, before finally settling in China about a decade ago.

Now, the specifics of the Apple plan were light and the statement that the capital investment will be a mere $100 million suggests this first foray back into American manufacturing won't be a big deal for a firm that keeps about 1,000 times that in the bank. However, that is a fine start. Frankly, re-shoring can't happen over night, because America's manufacturing infrastructure and workforce will need years to recover. When I interviewed executives at Foxconn City a couple years ago, they told me they didn't think most of what they built in Shenzhen could be built in the U.S. at all. The fact is, that many segments of the electronic product assembly supply chain and production engineers experienced with the latest hardware are hard to find in the U.S.

That brings up the point of who will be doing the work. Apple hasn't actually built anything themselves for years and it doesn't make sense that they would start now. Although Cook suggests that the deal will be for more than just final product assembly (often a clever way to disguise a truly foreign-built product). It would make sense to have Foxconn run the operation, but that could create a media storm, since so much bad press has been misdirected at that Taiwanese firm.

The key to Apple's success in China has been its relationship with Foxconn, built by supply chain genius Terry Gou. Despite Foxconn's public flogging, as we've said before, the firm's factories are No. 1 by Chinese standards and its products outshine anything else made there. It suicides, while deplorable, are actually far below China's normal horrid rate of self-murder. Apple's problem with Foxconn is simply that the factories are in China where the standards for everything are abysmal. Even the Chinese know this as a recent survey ironically revealed that 61 percent of the Chinese are willing to pay more to get Made In USA goods.

Foxconn's factories are in China because every product they ship out benefits form China's currency advantage, because Chinese subsidies essentially pay for their factories, and because there is no government enforcement of labor or environmental standards. That's a hard deal for any manufacturer to turn down. Which brings us to the point.

If we want Apple, or any firm, to make more than a symbolic effort to create jobs in the U.S. we've got to have a national action plan to both create a competitive domestic market and penalize our trading partners who lure away jobs with unsavory tactics. We must do this, because that is exactly what our international competitors do. We've been the only team on the field without a coach for thirty years, and we've had thirty years of rising trade deficits.

This means getting rid of the world's highest corporate tax rates now -- something both the administration and Congress say they want to do. In fact, I'd advocate we eliminate the corporate tax for monies repatriated to the U.S. and invested into American factories or R&D (minus any stock buybacks, dividends or executive bonuses). It also means seriously streamlining environmental and labor rules and eliminating regulatory redundancies at the state and local levels. No sacred cows other than American jobs.

What this does not mean is joining China in a race to the bottom of standards and transporting American workers back to the 19th century. In order to compete against that, we must implement selective penalties that nullify the advantages China creates by manipulating their currency, subsidizing their factories, repressing organized labor and filling the skies and rivers with poisonous waste.

Now before you all scream about "you can't do that under the WTO rules" let me just remind you China shouldn't have been able to do any of those things in the first place, but they did. They still do. And they have no intention of stopping, WTO be damned. The simple truth is that China has made a mockery of the world trade process in the same way that they've used their UN Security Council veto to support the likes of Syria, Iran, and North Korea. You just can't stay in a deal where only one side is required to follow rules or behave in a civilized manner. It is time for Washington to take off the gloves and fight for American jobs like the 700,000 other ones Apple has left in China.

Greg Autry is the author of Death by China and serves as Senior Economist for the American Jobs Alliance. You can find him on Facebook.