Karl Marx long ago disparaged religion as “the opiate of the people,” and now the Chinese Communist Party (CCP) wants to ban all addicts. The Communist leadership of coastal Zhejiang province has declared it will double down on a long-standing but little-enforced rule that bars religious believers from joining the Party.

That move comes amid a widely reported tightening of the ideological screws in Chinese universities and across the media landscape. Professors across the country have reportedly been fired for speaking against the Communist Party, and the country's education minister declared last week that China should "never let textbooks promoting Western values appear in our classes."

December also saw scattered protests by Chinese students demanding an end to Christmas celebrations on Chinese campuses, a move supported by authorities in one Zhejiang city. One professor at a Party-affiliated university speculated that the recent moves to bar believers from joining the Party are meant to guard against “penetration of Western hostile forces," according to a Global Times report. 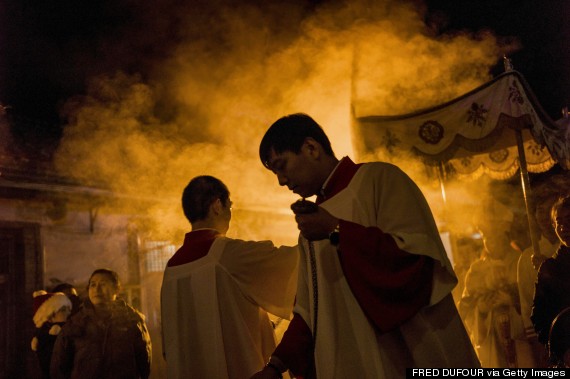 Last week's declaration from Zhejiang province’s party committee called for CCP groups to organize activities where members disavow religious belief. It also stated that all applicants to the Party must first be screened for evidence of religious faith or participation, and rejected if any such evidence is found. Party ideology is rooted in Marxist-Leninist thought, which decries religion as a delusion that distracts the oppressed masses from demanding their fair share.

Religious believers have long been technically barred from joining the CCP, but the prohibition was only loosely enforced. The CCP has more than 84 million members, many of whom entered the Party during school and have little if any political involvement. Entrance is competitive, and membership often serves more as a bullet point on a resume than a declaration of political or religious fealty.

If actually carried out, the restrictions would exclude participants in an ongoing religious revival from joining the country's ruling party. Christianity has seen tremendous growth in China in recent years, and some reports point to a growing official acceptance and even encouragement of religious belief. 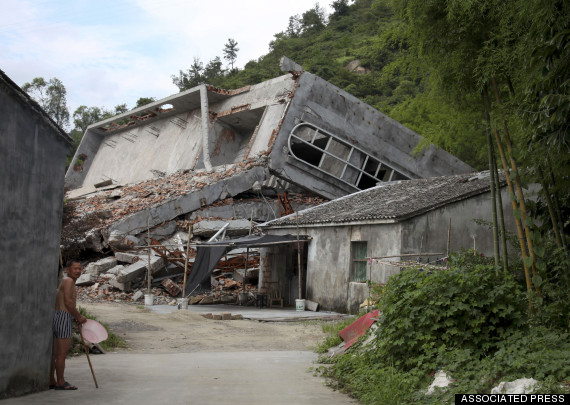 A villager stands next to a demolished Christian church outside the city of Wenzhou in Zhejiang province.

But Party propaganda has also taken a hard line against the influence of ideas and values perceived as being foreign to China. So-called “Western values” like freedom of speech and multiparty democracy have been denigrated by leaders and state-controlled media, and religions such as Christianity have also been caught in the crosshairs. The Zhejiang city of Wenzhou is home to a large number of Christian churches, more than 200 of which have been targeted for demolition in the past year after being classified as “illegal structures.” Wenzhou also made headlines by reportedly banning Christmas celebrations in schools this year.

China recognizes five “official” religions -- Buddhism, Taoism, Islam, Protestantism and Catholicism -- but many believers who worship outside of state-sanctioned institutions are subject to periodic crackdowns. Buddhism and Taoism have received far greater official support due to their deep roots in Chinese culture, but during the Cultural Revolution of the 1960s and '70s, even these religions saw their temples ransacked and desecrated as relics of “superstitious” and “feudal” thinking.