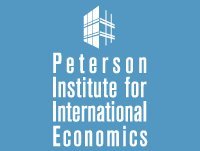 WASHINGTON -- China's central bank took a potentially major step toward a more market-determined exchange rate on Aug. 11, when it announced a revision in the process for fixing the central parity exchange rate, the starting point for daily trading of the renminbi in the onshore market.

While the reform has set off alarm bells in some quarters, it is unlikely that this move will usher in another chapter of currency manipulation to support Chinese exports and thus its economic growth. China may well be concerned about an economic slowdown accompanied by a slump in exports, but its motivation for this move is almost certainly tied to another objective: China's aspiration to have the RMB join the four other major international currencies (the dollar, the euro, the pound sterling and the yen) that comprise the so-called special drawing rights basket of the International Monetary Fund.

The IMF executive board will decide in November whether to include the RMB in that basket. In a special report issued last week, the IMF evaluated the suitability of including the RMB in the basket. One concern raised was deviations between the offshore and the onshore rates. Moving toward a more market-determined onshore market is designed in part to address this concern. We should also expect the central bank in the near future to further liberalize access by SDR users to the onshore foreign exchange market.

While the reform has set off alarm bells in some quarters, it is unlikely that this move will usher in another chapter of currency manipulation to support Chinese exports and thus its economic growth.

The action taken by China, far from being a step to manipulate its currency, is actually an effort to let the RMB fluctuate according to the dynamics of the exchange markets. For months the RMB has weakened almost daily from the central parity rate. Every time it does so, the next day the central bank almost invariably sets the new parity rate at a level almost unchanged from the previous day. And on many days the central bank has intervened in the market (selling dollars and purchasing RMB) to prevent the RMB from weakening beyond the 2 percent trading band. In short, up until now the central bank has been largely overriding the market.

In its latest step, the bank has announced that, when setting the central parity rate, it will take into account the closing rate of the previous day, the supply and demand conditions in the foreign exchange market, as well as the exchange rate movements of major currencies. Thus the central fixing on Aug. 11 was at a level reflecting a 200 basis point depreciation of the RMB from the previous day's close.

China's move is consistent with long-standing advice from the IMF and from the U.S Treasury, both of which have repeatedly called for China to adopt a more market-determined exchange rate policy. We should expect this to lead to greater volatility and two-way movement in the value of the RMB vis-à-vis the dollar.

© The Peterson Institute for International Economics