The plot has thickened in the mystery of the giant structures in the Chinese desert.

Earlier this week, images from Google Maps surfaced showing a bizarre tangle of white lines etched into the Kumtag Desert in northwestern China.

According to Gizmodo, the lines cover an area approximately one mile long by more than 3,000 feet wide.

Since the initial finding, however, people have discovered a number of other strange structures in the Chinese desert. Along with another, similar collection of white lines, there are also huge complexes that that resemble anything from a collection of antennas to a collection of water cooling tanks to targeting grids for spy satellites.

Military experiments or the remnants of some alien culture come to earth? No one's really sure.

And now, to make things even more puzzling, a former CIA analyst has pointed out to Wired that, since 2004, someone has directed Google Earth's satellite to take hundreds of images of that part of the desert. "Can't have been cheap," he says.

Check out some of the mysterious structures in the slideshow below, tell us what you think they are in the comments, and check out Gizmodo and Wired for more. 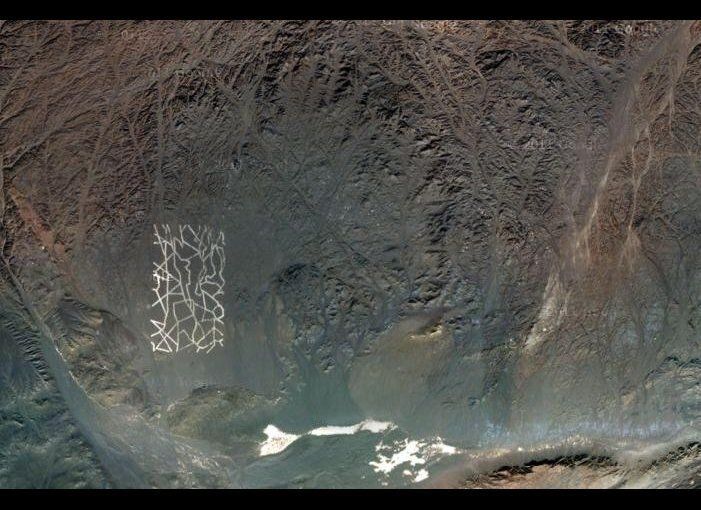