BEIJING (AP) - An earthquake toppled more than 1,000 houses and apartment buildings in China's southwest near the border with Myanmar on Thursday, killing at least 24 people and injuring more than 200, officials and state media said. (Scroll down for photos)

Photos from the scene showed buildings that buckled, crushing their lower floors. Police, firefighters and soldiers rushed to the area to pull out people trapped in the rubble, including a man and girl stuck in the stairwell of a four-story building, according to state broadcaster China Central Television.

Parts of a supermarket and a hotel caved in, while sidewalks were lined with injured on blankets, being shielded from the sun by large vendor umbrellas.

The official Xinhua News Agency reported that 24 people had been killed, including four students, citing the Yingjiang county government in Yunnan province. Another 207 people were injured, 33 of them in critical condition.

The website of the Chinese government earthquake monitoring station said the magnitude-5.8 quake was centered in Yingjiang and struck just before 1 p.m. (0500 GMT) at a depth of six miles (10 kilometers). The U.S. Geological Survey measured the quake at a magnitude of 5.4 and at a deeper 21 miles (35 kilometers).

Some 1,200 houses or apartments were crushed by the quake, said Zhao Yunshan, director of Yingjiang government press office. More than 127,000 people have been evacuated to nearby shelters, Xinhua reported, citing the Civil Affairs Ministry.

According to the USGS, more than 1 million people may have been exposed to the worst shaking.

Vice President Xi Jinping, expected to be the country's next leader, called for an "all-out" effort to get food, water and clothing to those affected by the quake, Xinhua said.

More than 1,000 soldiers have been sent to aid in rescue efforts, the news agency said. The quake hit while many people, including students, were home for a customary midday rest, CCTV reported.

Tremors continued to be felt in the area throughout the afternoon and evening, according to CCTV reporter Shu Qian, who was at the disaster scene in Yingjiang County.

The quake's epicenter was in Shiming Village, just over a mile (two kilometers) from the county seat, but triggered a power outage across Yingjiang, which has a population of about 300,000 people, Xinhua said.

By evening, the power supply was still cut off, though water and communications didn't appear to be damaged, Shu said.

A government team that includes the Civil Affairs Ministry has been dispatched to the quake-stricken area, CCTV said. About 5,000 tents, 10,000 quilts and 10,000 coats are also being sent from the central government.

The mountainous area lies 1,500 miles (2,400 kilometers) southwest of Beijing, close to the border with Myanmar, and is home to many ethnic groups on both sides of the border, which sees heavy traffic in people and goods.

Xinhua said the quake-prone region has been hit by more than 1,000 minor tremors over the past two months.

The Myanmar Meteorological Department released a statement saying a quake had hit some 230 miles (370 kilometers) northeast of Mandalay, the country's second-largest city.

The statement did not mention injuries, damage or the specific area of Myanmar most affected by the quake. Authorities in the tightly ruled country tend not to immediately discuss the effects of natural disasters.

Much of the area on the Myanmar side been under the control of various armed ethnic groups, who have battled the Myanmar military to remain free from central government control. 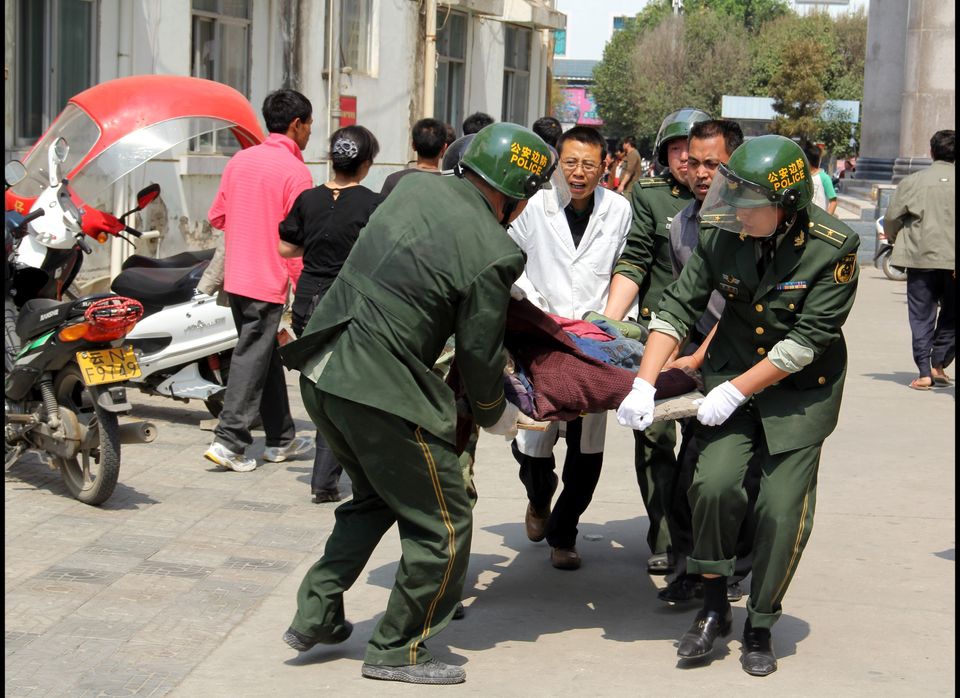