Paul Krugman says that "all economic data is best viewed as a peculiarly boring genre of science fiction, but Chinese data is even more fictional than most." The Nobel laureate is not the first and certainly will not be the last to point out the unreliability of Chinese data.

In fact, when the National Bureau of Statistics releases its data, it's usually greeted with derision and disbelief. Imaginative economists, fund managers and commentators have developed a variety of alternative measures of gauging the Chinese economy. Ironically, the most famous and used alternative measure is named after China's Premier, Li Keqiang.

The story starts something like this. Li, when he was the party secretary of Liaoning province, told the American ambassador to China at the time that he didn't trust the official economic data. Instead, he looked to figures such as electricity consumption, railway freight and bank loans as more reliable indicators. We know this thanks to Wikileaks.

The Economist created an index in honor of him, and the measure has gained popularity over the time. However, as the country's services sector contributes two thirds of economic growth, it begs the question whether the index is still relevant. The most high-profile critic is none other than the Premier himself. He argues, in The Economist no less, that the index is less relevant nowadays than before.

"One by-product is a fall in the relevance of indicators such as power consumption, rail-cargo volume and new bank credit in gauging economic performance," he wrote. Li, who has a doctorate in economics, points out consumption is now responsible for 60 percent of growth in China. 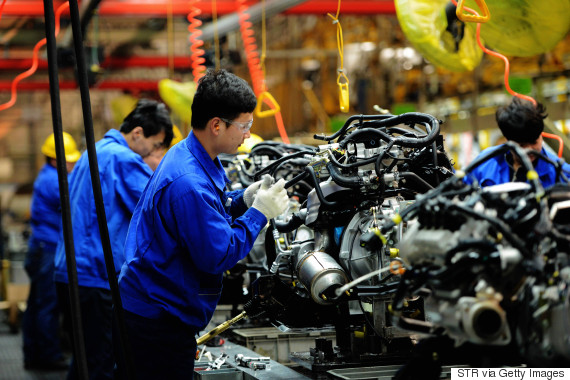 Employees in a car factory in Qingdao, in eastern China's Shandong province, on March 1. (STR/AFP/Getty Images)

He is right in pointing out that China's economy is going through a period of transition. Some old engines are sputtering and new ones are firing up. One of the best performers is consumer spending, which has been growing in double digits this year.

So the Li Keqiang index makes a lot of sense when applied to China's industrial economy rather than its growing services economy. Nicholas Lardy, a seasoned China watcher from the Peterson Institute of International Economics, explained this change convincingly.

"The services sector has grown continuously more rapidly than GDP, and its share of the economy now exceeds that of industry. Expanding demand for services such as healthcare, education, entertainment and travel generates little or no demand for industrial goods, electric power or freight transport. The demand for passenger transport, in contrast to freight, is soaring as domestic tourism booms," Lardy wrote. 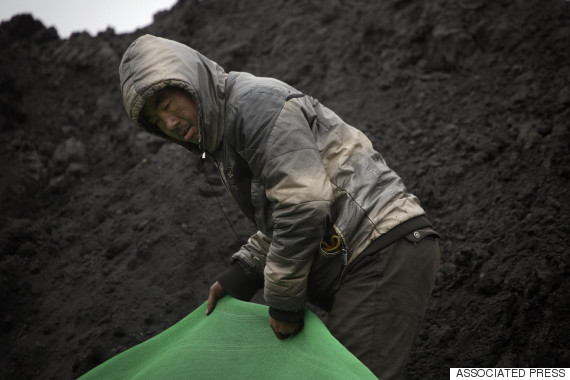 A worker covers a pile of coal at a shuttered coal mine near Ordos, in northern China's Inner Mongolia Autonomous Region, on Nov. 3, 2015. (AP Photo/Mark Schiefelbein)

So, it seems that we need a new index to reflect the changing reality in China. So what should we look out for? Li has offered some clues in his past speeches. For example, he said at the Hamburg Summit of the China-Europe Forum in 2014 that the government was prepared to accept lower growth if the following conditions were met: strong employment growth, stable consumer prices, wage increases and better environmental protection.

Back in April last year, Li reiterated that the unemployment figure, urban and rural income levels and structural reform were the three key goals of the government.

So, the new Li Keqiang index could include data on unemployment, wage growth in both city and rural areas, the progress on reforms and, for good measure, I would throw in retail figures. Let's start looking at China's unemployment figure which, although it looks good on paper, is deeply flawed.

Beijing knows this and wants to change the collection method in line with international practice. Li recognizes the problem and says "the macro-economic policy of many countries is set according to the surveyed unemployment rate. We have come to a point, where this data is equally important for us."

From July 2015 onwards, 15,000 interviewers have been surveying 120,000 households every month to gauge the true state of the employment situation. So far, to the best of my knowledge, they have not released this data. Some suspect the figures look worse than the official urban registered unemployment rate.

China's wage increase looks good. Both city folks and rural laborers are experiencing strong income growth. This is a key driver of the current consumption boom. However, the Chinese finance minister has repeatedly expressed his concerns over the rapidly raising wages in China. He thinks this is making the country uncompetitive. 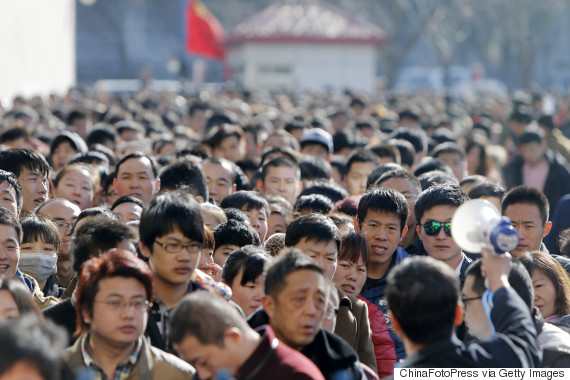 Job seekers wait outside a labor market on Feb. 20 in Tianjin, China. (ChinaFotoPress/ChinaFotoPress via Getty Images)

When it comes to measuring the progress in structural reform it is much harder. Fortunately, Caixin, a respected business publication in China, has developed an index that gauges the progress of reform.

It has identified 113 areas of reform and categorizes them into three areas: the fast lane, the slow lane and the standing zone. It is disappointing to note that only 23 areas of reform are moving in the fast lane, 74 areas are in the slow lane and 16 reform areas are not moving at all. Analysts could use the Caixin index as a proxy for measuring the progress in reform.

China does not have monthly data on the growth of the services sector and monthly data on retail sales may not reflect the true state of private consumption. Maybe we should start using figures from e-commerce platforms such as Alibaba and JD.com in order to better understand the dynamism of China's internet-savvy shoppers.

If we use the new Li Keqiang index, wages and retail sales both look strong, while reform has more or less stalled and we are a bit unclear on the state of China's labor market. So, the overall picture is less gloomy but nevertheless very challenging for Beijing to handle. China watchers need to observe the new index more carefully rather than obsessing over monthly manufacturing figures.