In 2016, credit expanded to 16 percent more than in 2015, and total debt grew nearly 2.4 times China’s GDP. Taken together, this is a warning sign of a potential crisis.

This increase has been driven in part by the Chinese government’s efforts to meet the annual growth target of 6.5 to 7 percent that was the centerpiece of the Communist Party’s five-year plan for the years 2015 to 2020. This target could be too high, as China transitions from an export-oriented economy to a consumer-driven one. With the normal economy unable to deliver, the government has promoted credit growth to prop up short-term growth rates. Similar fast credit growth has played a key role in past financial crises, such as the recent U.S. financial crisis and Japan’s “lost decade.”

China’s banking sector is experiencing a very high level of what are called non-performing loans. China has a large number of loans that have been overdue for more than 90 days. Official statistics estimate this figure to be around 2 percent of all loans outstanding. But third-party estimates from Fitch and Credit Lyonnais Securities Asia are higher ― between 15 to 20 percent of all loans outstanding ― which would put China in the company of countries such as Italy, which is currently bailing out its banks. A high number of NPLs is caused by the Chinese economy’s poor underlying performance, as well as by poor credit decisions, like extending credit at too fast a pace.

Could it be possible that the third-party estimates of China’s high number of NPLs are significantly off the mark? This seems unlikely. The higher estimates seem to be reflected in the stock market prices of the largest Chinese banks, which are trading at a discount of between 15 to 25 percent from their book value, compared to their long-term average of trading at around a 20 percent premium.

The price-to-book value is a commonly used metric to see how bullish or bearish the market is about the valuation of banks. A bank that correctly reported its NPLs would have to take a write-down to its book value to reflect the lower likelihood of repayment of these loans.

The market is essentially performing the same function by applying a discount to their book value. Therefore, the market seems to recognize a significantly higher degree of NPLs than what the Chinese banks are currently reporting. In comparison, U.S. financial stocks are trading at around a 30 percent premium to their book value.

At the same time, however, China enjoys some unique features that make it less prone to a banking crisis, including a closed capital account, a high saving rate and firm control on the real estate market. A closed capital account makes it difficult for Chinese citizens to take their money out of China and therefore necessitates them keeping their money in Chinese banks. A high savings rate enables China to sustain a higher steady state level of debt, which is also seen in countries like Japan. And by successfully controlling factors such as the supply of new land, mortgages policies and housing purchase criteria, a possible bubble in property prices, spotted as early as 2005, has not yet burst.

But even with these safeguards, China’s banking sector faces increasing risks; a crisis could be triggered by unfavorable or unforeseen events. For example, significant capital flight from China, due to an increase in interest rates by the U.S. Federal Reserve, could spark a liquidity crisis. Or a significant drop in real estate prices could increase non-performing loans to an unsustainable level. Lastly, further slowdown in the Chinese economy ― say around 4 percent ― could also further increase non-performing loans that are typically a function of business cycles.

How costly could this be to the Chinese government? Let us assume that the banking sector recognizes the 15 to 20 percent of non-performing loans explicitly and forces a government bailout. The average recovery rate that the Chinese government was able to obtain on these loans in its previous banking crisis was between 30 and 40 percent. Assume that we were to get a similar rate today, and multiply that by China’s current debt level of around 250 percent. We see that the cost could be between 23 and 35 percent of GDP ― in other words, between $2.5 and $4 trillion.

This is in line with estimates of what it cost the Chinese government in the 1999 bailout, which was between 22 and 28 percent of GDP. The bailout would cause credit supply to temporarily freeze, which would negatively impact the real economy and further increase NPLs. Therefore, the potential costs of this are, in fact, much higher.

The government’s current strategy seems to be to double down on credit growth in order to improve GDP growth and thereby hopefully grow out of its large amount of non-performing loans. But this is a bet and a risky one at that. 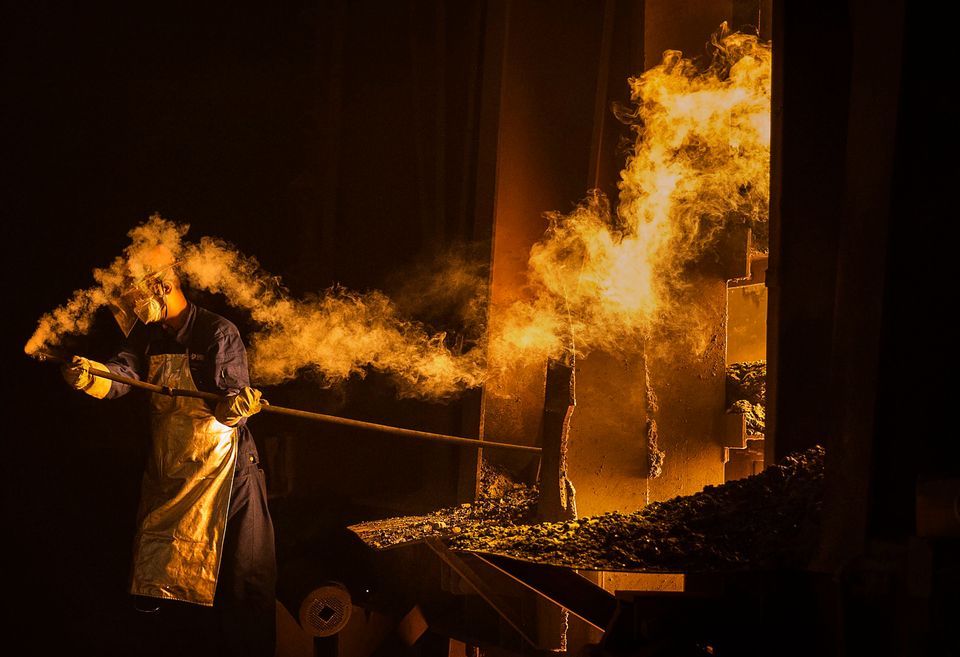