At first glance, the World Health Store seems like any other health nut’s paradise: Shelves are cramped neck-high with supplement bars, whey protein for bodybuilders, Nature’s Bounty Evening Primrose Oil and Navitas Naturals Chia Powder. But this is Beijing, and the store that used to serve almost entirely a health-conscious foreign clientele now has so many Chinese customers that they’re nearly outnumbering foreigners. “Questions around the safety of water, food and air in China have made people much more health-conscious,” says Howard He, a store manager.

That growing fear of China’s dangerously dirty environment has given birth to one of the fastest-growing segments of China’s consumer marketplace: foods with perceived health benefits. Sales of organic foods in 2014, for example, grew at a breakneck pace of 35 percent, according to analysts at Euromonitor International, the market research company. The total health and wellness market hit RMB 637 billion — or just over $1 billion. Not huge, yet, given the size of China’s domestic market, but that’s projected by the Chinese government to continue growing by 20 percent annually. 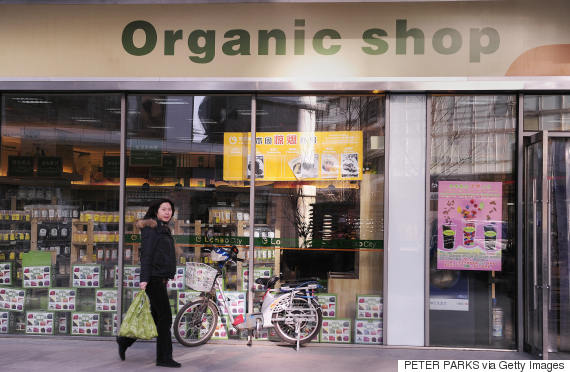 In many ways, China is treading a path that other nations have already taken. Neighbors South Korea and Japan have had their own food scandals, involving recycled rancid oil and mercury-poisoned seafood. Britain has grappled with mad cow disease, while the U.S. has coped with everything from cantaloupes contaminated with listeria to “apple juice” for babies that contained, well, no trace of apple juice at all.

Adulterated or contaminated food is a scourge of modern living. What’s new in China, though, is that middle-class incomes and health awareness are rising rapidly after a period of extremely rapid economic growth that has left the environment devastated. So what’s selling in China? For one thing: milk, baby.

Remember the 2008 scandal in China involving tainted milk? So, of course, do consumers in China. Some Chinese dairies had added water to milk to increase volume and then added the poisonous chemical melamine to create false readings on protein content tests. The tainted milk sickened around 300,000 infants — many of whom ended up in hospitals with serious kidney disease and at least six of whom died. So perhaps it’s no surprise that organic milk products are by far the hottest product in this sector, accounting for 93 percent of the country’s packaged organic food and beverage market.

“If people think it will make them healthier, they will try it.”

But it’s not just packaged foods that are selling like flaxseed-crusted, organic hotcakes. Beijing Farmers’ Market organizes shops and open-air markets around the nation’s capital. They look like, well, farmers markets anywhere. Crammed into a tiny shop, vegetables and meats are piled into rustic crates with handwritten signs explaining their origins. “People are increasingly willing to pay more for higher-quality, healthier products,” says Chang Tianle, the market’s organizer. She’s been rapidly expanding the organization to other large cities, including Shanghai, Tianjin and Xi’an.

Along with growth in the market has come stepped-up government regulation of other foods, which appears to be having some impact. The China Consumers’ Association reported a one-third drop in complaints about food from 2010 to 2013, and a new food-safety law was enacted last year. The government classifies health foods into two broad (and, by regulation, mutually exclusive) categories. Functional foods claim to achieve a specific purpose, such as enhancing the immune system — which is the blockbuster seller — or reducing blood cholesterol. Nutritional supplements are precisely that: They add nutrients of some kind, either alone or to existing foods. The government has also issued regulations and inspection regimens to cover organic foods. 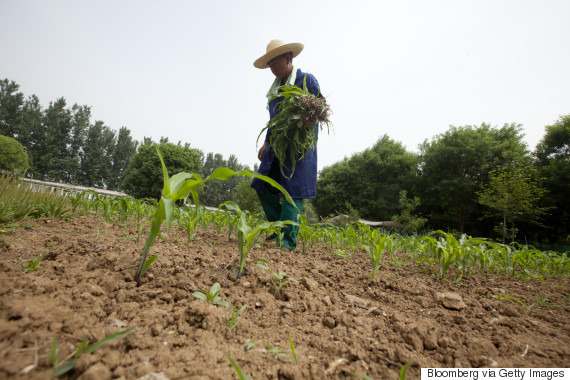 An employee tends to corn at a farm that practices organic farming techniques in Beijing, China, on May 22, 2012. (Nelson Ching/Bloomberg via Getty Images)

The market is fiercely competitive, say Euromonitor analysts Stacie Wan and Jiaqi Du, with Chinese companies relying on strong distribution capability to ward off foreign companies with big brands and product promotions. Foreign companies dominating the health-food and nutritional-supplement markets include direct sellers such as Amway, for which China has become the biggest market in the world despite sales that slipped last year amid growing competition. Avon, another big player, has faced declining sales for several years and hit trouble in December when it was fined $135 million by the U.S. Securities Exchange Commission for $8 million worth of improper payments to Chinese officials.

Even so, sales overall are expected to continue, especially given intensely held Chinese ideas about health that are rooted in centuries of experience and culture. Many Chinese consumers categorize foods not by nutritional value, after all, but by intrinsic qualities of yin (cold and cool, like pork) and yang (hot and warm, such as lamb). At one school in Beijing, a strict rule prohibits serving cold beverages — believed to cause diarrhea — which is why milk, juice and water are all served hot. And bai cha — meaning “white tea,” or boiled water — makes a lot of sense, given the uncertain quality of China’s drinking-water supply. Or, as Lin He, an elderly shop assistant at a health-food store called CRcare, puts it: “If people think it will make them healthier, they will try it.”