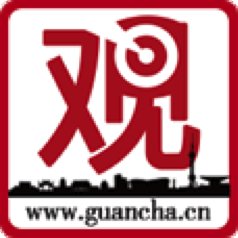 This economic reality is crucial for China's practical economic policy as the country seeks to achieve its goal of a "moderately prosperous society" by 2020 and a "high income economy" by World Bank standards shortly thereafter.

These are easily the fastest growth rates for any major economies. They also propel the most rapid rates of growth of household and total consumption. In particular, both China and India are growing far more rapidly than the Western economies -- in 2015 the EU's per capita was only 1.7 percent, the U.S. 1.6 percent, and Japan's 0.6 percent. Data for 2016 to date show the same pattern of rapid growth in China and India and slow growth in the U.S., EU and Japan.

India, the other rapidly growing major economy, shows the same pattern as China. The analysis by Pranjul Bhandari, chief India economist of HSBC, in July noted that the year-on-year increase of India's state investment was 21 percent while private investment actually fell by 1.4 percent.

In other words, the world's two fastest growing major economies, China and India, are both being driven by rapidly rising state investment, with private investment playing a less significant role.

The vast growth outperformance by China and India compared to the Western economies is evident.

Low State Investment in the West

If China and India's pattern of high growth is associated with strong state investment, what, therefore, is causing the West to grow so slowly? The U.S., the best performing major Western economy, has published the most up-to-date data for state and private investment.

The Role of State Investment

India's push to accommodate a booming urban population and attract investment rests in large part with dozens of "smart" cities like the one. (REUTERS/Amit Dave)

In late 2015-early 2016 China's economy had been slowing for some time, and the rapid build-up of state investment was not a stimulus package aimed at taking off growth pressure. As is well known, it was a deliberate measure to stabilize the economy and prevent a downturn. In India the Modi administration has appointed as its chief economic adviser a specialist on China's economy -- Arvind Subramanian, formerly of the Peterson Institute for International Economics and author of "Eclipse: Living in the Shadow of China's Economic Dominance." Immediately after assuming his position in October 2014, Subramanian made clear that he saw state investment as the key to India's growth. Subramanian was explicitly supported by India's Finance Minister Arun Jaitley. This was then supported by a series of reports by top Indian economic thinkers.

The reports concluded: "Public investment will be the main driver of growth ... At present, infrastructure spending is about 6 percent of the gross domestic product, which needs to be increased to 9 percent to make a (yearly) growth rate of 8 percent sustainable over a long term."

The rapid increase in India's state investment reflected in the data is therefore an entirely conscious and deliberate policy pursued by the Indian government -- the causal factor in the economic growth.

In the U.S., the idea of state investment often meets with skepticism and 'private' is perceived to be good.

However, in the U.S., the idea of state investment often meets with skepticism and "private" is perceived to be good. Significant state investment is not only rejected on ideological grounds, but is also structurally impractical due to the absence of a major state sector in its economy that is capable of delivering a rapid build-up of state investment.

Relation to the 'New Normal'

Turning to the interrelation of these trends with the "new normal" in China, it is well known that a key feature of the "new normal" is that growth for the foreseeable future period will be lower than the 9-10 percent annual growth rates seen for several decades after 1978 and which allowed the setting of an annual growth rate target of 8 percent. Part of the reason for this is the extremely slow growth of the international economy. This global "new normal" was accurately described by IMF Managing Director Christine Lagarde as the "new mediocre."

This slowdown in China is far less severe than in the advanced Western economies. Over the entire period 2007-2015 annual average per capita GDP growth in the U.S. was only 0.5 percent, in Japan 0.2 percent and in the EU 0.1 percent.

There is no doubt, as I have been arguing, as to the reason for this extremely slowing growth in the Western economies: It was due to the extremely low rate of growth of fixed investment. Indeed, by 2015 the level of fixed investment across the OECD countries, was still below its level in 2007!

An investor observes screens at an exchange hall in Hangzhou, Zhejiang Province of China. (Getty)

The reason for this, as analyzed in the case of the U.S., was that state investment failed to rise rapidly in order to compensate for a stagnating or falling rate of growth of private investment. In contrast China and India, by rapidly raising state investment, were able to achieve far higher growth rates.

The role of state investment in both China's and the global "new normal" is therefore clear.

The facts on the growth patterns in the "new normal" of the global economy are clear.

These trends also show why India has recently achieved growth acceleration and major economic success. India has broken away from the "Washington Consensus" of "state bad, private good" to use state investment as the driving force of its economic development. It is not by accident that India appointed a China specialist as its chief economic adviser and its state investment policies have moved towards China's pattern of development.

These global facts have clear implications for China's economic policies and debates on it.

The global trends analyzed show clearly that state investment will have to play a key role in China's economic development in the current period.

Global factual trends therefore show clearly that as President Xi Jinping rightly put it in an earlier economic discussion, for economic success China requires both the "invisible hand" and the "visible hand."

This is counterposed to the "state bad, private good" dogma which as has been shown is doing great damage in the West.

Economic success China requires both the 'invisible hand' and the 'visible hand.'

Naturally, the global reality that state investment is a key factor in the present international "new normal" is anathema to advocates for the "Washington Consensus." It is for this reason that neoliberals dislike discussion of global economic facts and instead prefer utilization of stereotyped phrases unrelated to reality.

China's economic policy is not about running a university class but about guiding the world's second-largest economy on which the fate of 1.3 billion people depends. The adoption by China of theoretically false economic positions such as "state bad, private good" would under all circumstances be damaging. Given the present global conditions, the damage would likely to be particularly rapid and severe.