BEIJING -- China on Thursday suspended the import of ivory carvings for one year, marking a small step toward limiting the ivory demand that drives the slaughter of tens of thousands of African elephants.

While the suspension signaled a symbolic victory for conservationists, many environmental groups noted that Africa’s elephant population remains in grave danger of extinction unless governments in China and Africa take stronger steps to protect the animals.

Chinese ivory markets provide the payoff at the end of a long supply chain, one that begins on the plains of sub-saharan Africa and flows through smuggling operations in southeast Asia. In Africa, ivory is increasingly a prime source of funds for armed conflict, taking on a role similar to blood diamonds that are traded for cash and then weapons. The New York Times reported in 2012 that experts say up to 70 percent of illegal ivory ends up in China.

China’s role in global ivory markets has grown substantially in recent years as wealthy Chinese have increasingly sought out ivory as a status symbol. Chinese companies are also basing an increasing number of employees on the African continent, multiplying the amount of carved ivory carried back by individuals. The accompanying surge in ivory prices helped fuel the slaughter of over 100,000 elephants in a three-year span, a pace that would put the estimated 400,000 elephants remaining in the wild on pace for extinction. 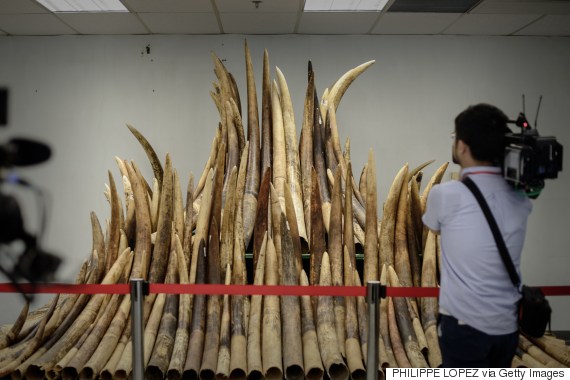 Ivory seized from smugglers in Hong Kong is displayed before being incinerated.

Though China is a signatory to key international agreements limiting the ivory trade, the existence of some legal ivory in the country has provided cover for sprawling black markets. Current international agreements don't always ban the transport of carved ivory by individuals, and the regulations issued Thursday by China’s State Forestry Administration marked a tentative first step toward shrinking these legal import avenues.

“It’s important because it represents a recognition of China’s role in the problem, and of the importance of phasing out legal markets for ivory,” Andrew Wetzler, director of the Natural Resource Defense Council’s Wildlife Program, told The WorldPost.

Wetzler described conservation efforts as resting on three pillars: laws, enforcement and demand. He said that enforcement in China has shown some improvement in recent months, and that campaigns to educate the Chinese public have gained momentum as well, partly due to high-profile awareness work by retired basketball star Yao Ming.

But some environmental groups downplayed the significance of this week’s regulations, pointing out that they apply only to a small portion of total ivory trade and only last for one year. In an interview with The New York Times, representatives from the Environmental Investigation Agency described the new rules as "window dressing." 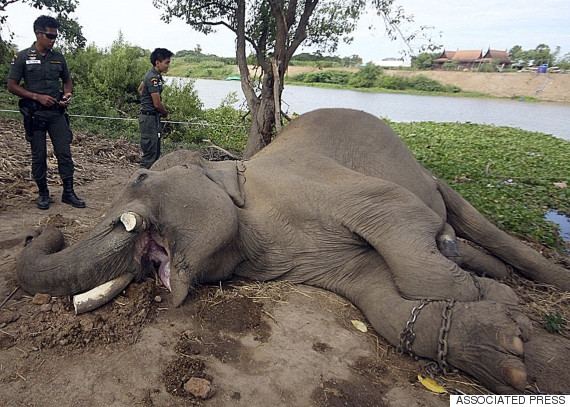