There's something fishy about these chickens.

Chinese police have uncovered an illegal food storage site in China's southern city of Nanning that reportedly contained chicken feet nearly a half century old. According to the South China Morning Post, more than 20 tonnes of expired meat were seized in the raid, including beef tripe, cartilage, and the aforementioned chicken feet, some of which dated all the way back to 1967. The site was busted back in May, though the details of the operation have only been made public recently.

A Xinhua report cited by the South China Morning Post notes that the chicken feet were smuggled across the border from Vietnam still frozen. Once in China, they were processed with various chemicals, including bleach, to add weight and improve their coloring, making them appear fresh.

Chinese consumers took to the internet to react to the bizarre news. Some users called the contraband "Jiangshi Fengzhao," or "zombie chicken feet," while others had a more tongue-in-cheek response, postulating that the expired feet might "have a flavor of history," Xinhua notes.

This latest revelation once again highlights consumers' concerns over food safety in China. According to the South China Morning Post, border police have intercepted seven different smuggling attempts in the past year, seizing 20 million yuan (about $3.3 million) of illegal chicken feet. Back in May, Xinhua reported that police had arrested more than 900 people in a food tampering operation that routinely passed off rat and fox meat as lamb and beef. And the BBC notes that worried parents are going to great lengths to secure imported baby milk after reports emerged of infant kidney failure due to tainted formula.

It does appear that the Chinese government is trying to address the concerns. On Wednesday, the National Health and Family Planning Commission announced a five-year regulatory overhaul that will include more stringent standards for contaminants, toxins, and additives while requiring more accurate labeling, the South China Morning Post reports. But don't expect change to happen overnight: also on Wednesday, a food safety official urged the public to keep in mind that China is still a developing country that should formulate safety standards based on "national conditions" rather than international norms. 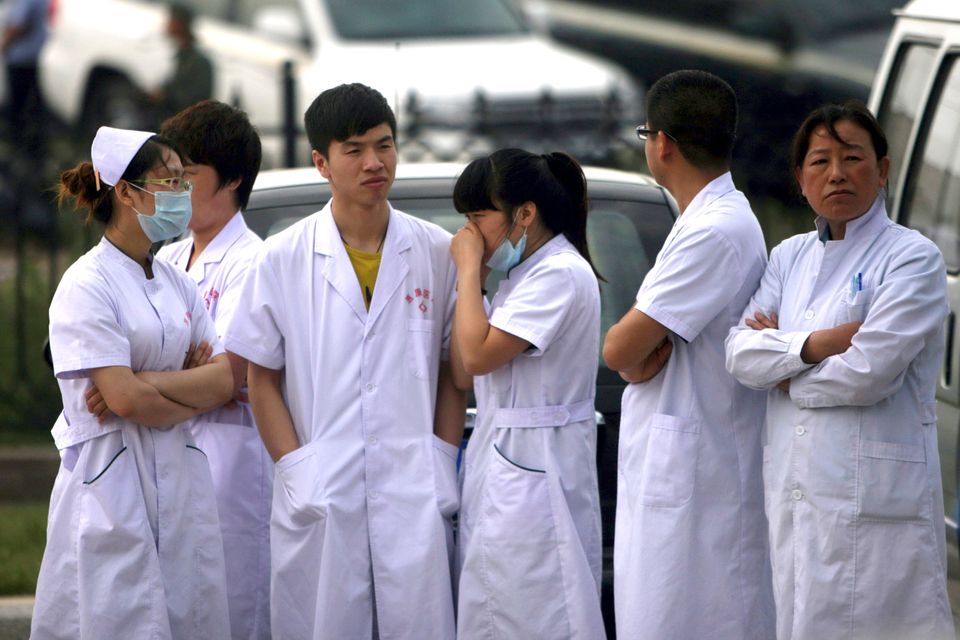 1 / 20
Medical staff wait near a poultry processing plant that was engulfed by a fire in northeast China's Jilin province's Mishazi township on Monday, June 3, 2013. The massive fire broke out at the poultry plant early Monday, trapping workers inside a cluttered slaughterhouse and killing over a hundred people, reports and officials said. (AP Photo)
AP