By Hong Soon-do, Beijing correspondent, AsiaToday - China is a country that has been traumatized by religious cults in the past. This is not an exaggeration considering the fact that many Chinese dynasties have vanished in history due to bloody wars followed by rampant cults over the last five thousand years. And things haven't changed much. It is true since China was thrown into chaos by Falun Gong at the end of the last century. Obviously, China learned a valuable lesson that you should be tough on religious cults and never leave the matter unsettled otherwise the whole country could be in danger. 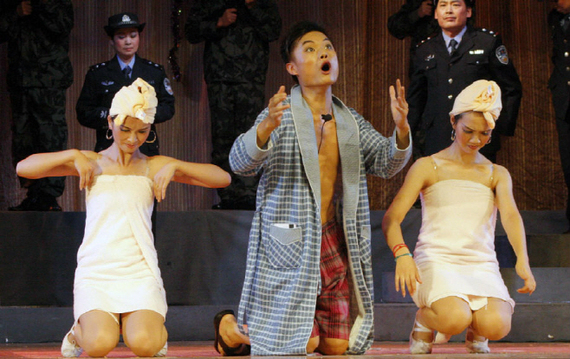 [A religious group recently held a rally at Chaoyang District, Beijing. Police were dispatched to check whether they are cult or not./ Source: Beijing News]

Chinese authorities have been working these days to apply the lesson in earnest as religious cult has been rampant in China for the past few years. China Youth Daily and other Chinese media outlets recently revealed that China has at least 20 active cult groups as of October 2016, according to a list of cults released by the Chinese religious authorities. Some cult groups, including Taiwan-based cult "Bloody Holy Spirit" and "Church of the Almighty God", are known to have at least one million members.

The problem is that these organizations aren't only extorting money from their members but also destroying families and individual spirits, throwing China into chaos. This seems why a powerful crackdown is needed in deed.

Of course, the crackdown on religious cults shouldn't be targeting healthy religions. Besides, it shouldn't provide a reason for religious suppression. However, there is a need for strong measures to cut off a cancer that is ruining the society.