It all started during my 35,000-mile backpacking journey across the 33 provinces and autonomous regions of China, a groundbreaking odyssey that ultimately resulted in the creation of my photography book CHINA: Portrait of a People, but at the time was a just a personal quest to see as much of this vast country as possible. Being more inclined to experience China as opposed to just watch it like so many "China watchers" back west, I spent two straight years drifting like debris in the wind to wherever my compass, a paper map and destiny had in store for me each day.

As my journey progressed beyond the steel-and-glass façade of its "first-tier" coastal metropolises, and past its "second-tier" provincial capitals, what I found was gross regional disparity: a largely under-developed landmass populated primarily with lower-tiered, or altogether tier-less, towns and villages.

From Beijicun, China's northernmost village at the frozen borders of Siberia, to steamy Xishuangbanna in the southwesternmost jungles, it was from my time in the villages -- where an impoverished yet proud people, unphased by or even unaware of the country's call for hyper-industrialization, are contented to proceed with their antediluvian customs just as they have for five-thousand years -- that I unwittingly fell in love with this country's culture and its people.

A few years following my travels, I convinced a special someone to leave her job in Beijing to return to her ancestral village in Jiangsu. China's provincial populous, desperate for a piece of the People's juicy economic pie, have been migrating to its megacities in record numbers (nearly that of the entire U.S. population), and those fortunate enough to find steady work in the city never look back. My girlfriend, too, had taken part in this ongoing, moth-to-light-like mass exodus, but just as she was settling down in the city, found herself returning to her roots at my request.

Dragon-scale rooftops, hay-insulated walls, washing laundry in the river, falling asleep to a symphony of frogs and rising with the call of cockerels... this is life in the thousand-year-old, 16-family village I now call home. I proposed to my wife in an immense bamboo grove, and our child was delivered in the communal delivery room of our local, public People's Hospital. Jiangsu is not a poor region -- the blight of white-tiled buildings with blue-tinted windows (New China's architectural symbol of success) -- is prevalent even in our village. But just outside our front door, vast fields of golden wheat spread out in leisurely harvest, where our neighbors plowed, tilled and sowed the good earth from dawn till dusk.

Then, last year, these lands were suddenly seized by the government and sold off for profit to a colluding company. The fields were fenced up overnight, and, just like that, a livelihood passed down from time immemorial came to an end. In other parts of China, peasants with pitchforks are rising up against state-sponsored property confiscation. My neighbors, lacking leadership (or resolve), unfortunately acquiesced without a fight; they are now all lowly assembly-line workers in outlying factories.

The struggle over China's land -- of which only 10 percent is arable -- has been taking place for millennia. Historically, farms were largely controlled by landed aristocracy ("masters of the earth") of the imperial courts. Following the Communists' ascension in the mid-1900s, land was briefly distributed to the peasants before Party leaders adapted an air of feudalism and outlawed the private ownership of land. Chairman Mao's notorious Great Leap Forward then saw China transformed into a veritable sub-continental labor camp whereby the entire population was forced to work in barbed-wired People's communes.

Deng Xiaoping's "Four Modernizations" (to strengthen agriculture, industry, science and technology, and national defense) have since transformed China into a formidable economic presence whose agricultural yields, the largest in the world, are responsible for feeding over 20% of our planet. Yet for all the country's economic fever and slash-and-burn development, provinces like Anhui and Jiangsu remain a vestige of villages. That is, until the next wave of land grabs is carried out... and until the Communists cover all of China in concrete.

Not unlike the country's own 260-million-strong "floating population" of itinerant laborers, I myself am also a nongmingong (migrant worker), presently dividing my time between our village and neighboring Shanghai, where I work. But the "simple life" I lead back in Jiangsu is not something I have been entirely inclined to share with other foreigners here. There seems to be an unspoken but prevalent attitude amongst more colonial-minded expats in China that leaving the luxury of the big city for the countryside is not becoming of us as westerners.

No, Western imperialism is not dead, and ironically it is found more frequently today among the Chinese themselves, especially the well-heeled, urban second-generation, whom harbor a deep-seated disdain for their agrarian countrymen. The derision is palpable, as if anyone with sun-kissed skin and a provincial hukou (identification card) is a shameful, sepia-toned reminder that China was not always an economic powerhouse.

Lest we forget, it is they -- not the government who steals their land, nor the second-generation snobs residing in the skyscrapers built by them -- who are the true People of this eponymous republic. And if the China watchers are correct in their prediction that the country's profound social divisions may culminate into outright revolution within the next decade, my forecast is that the numbers are in favor of the farmers.

For as history (something the current Communist leadership seems hopelessly heedless of) has shown, one billion landless, pissed-off peasants will not be easily contended with.

Tom Carter is a photographer and author of CHINA: Portrait of a People.

Of Peasants With Pitchforks: Inside China's Villages
China: Portrait of a People 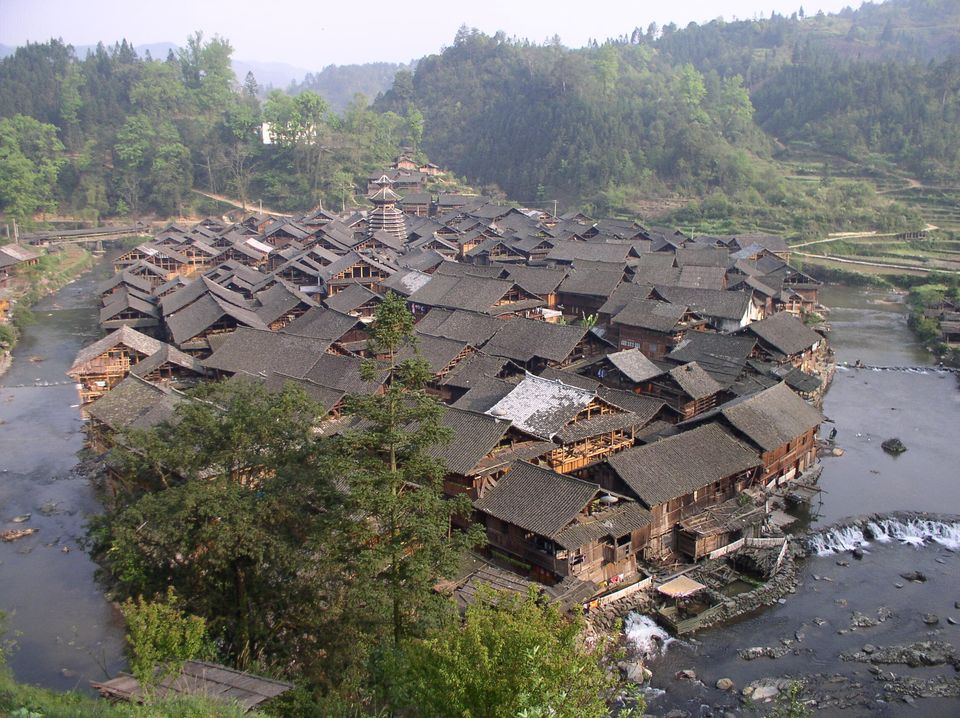