The pollution in Beijing is bad right now. “Nuclear winter” bad. Crops can’t breathe, and neither can people, so much so that this February, the Chinese government -- normally not the source for unflattering readings of the country's air quality -- told residents to definitely wear masks.

Leave it to an ad agency to spot an opportunity in all that gloom. 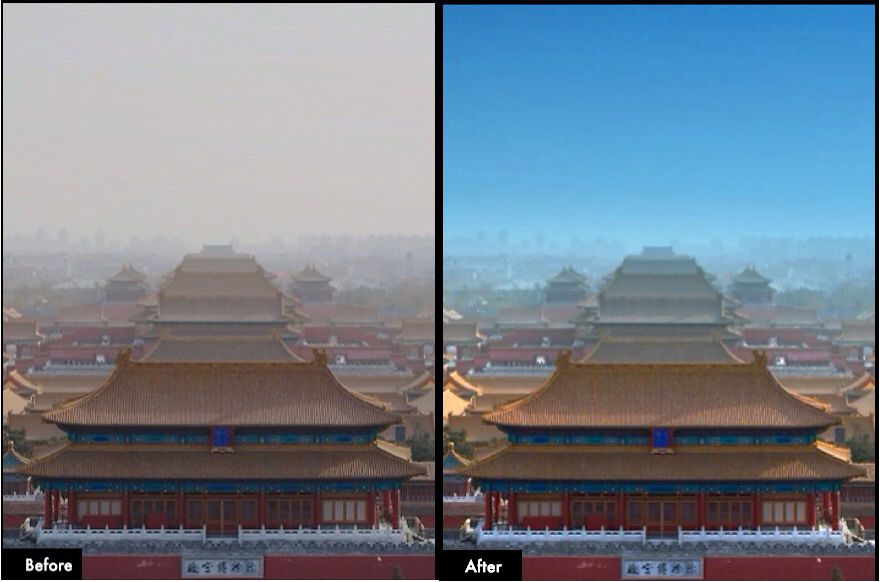 That transformation up there is the work of Blue Sky, a simple, clever and vaguely depressing new iPhone app designed by Ogilvy & Mather for the World Wildlife Federation of China. Launched on March 29 to coincide with Earth Day, Blue Sky lets users “paint” the sky in their photos, so a dingy grey can instantly become a brilliant blue.

In an email to HuffPost, OgilvyOne Beijing’s executive creative director Doug Schiff said the idea is to allow users -- quite literally -- to visualize a better world. If enough jaded urbanites are prompted to “think about the blue skies we are missing” by force of suggestion, they might also find “solutions of their own to lessen air pollution.”

It’s a nice idea, if completely unrealistic. China’s problems -- namely its PM2.5 levels, the measure of the particles that lodge inside lungs -- are just too staggering for well-meaning Blue Sky users to budge. Maybe if every one of the country’s billionaires and government officials got to downloading? We're skeptical.

With that caveat, the premise is right on one count. It is jarring to see an alternate version of a legendarily smoggy city. Sadly, there are plenty to choose from: Schiff tells us the app’s been downloaded more than 7,000 times since its March launch, and is available to users in India, Eastern Europe, South America and Africa.