Africa's elephants -- being killed for their ivory at an alarming rate -- have received some much needed help from the Chinese Government.

On Monday, Jan. 6, China's State Forestry Administration and the General Administration of Customs held a public ceremony to crush ivory confiscated from illegal trade. The Chinese destruction of ivory follows the U.S. government's crushing of six tons of illegal ivory in Colorado in November. 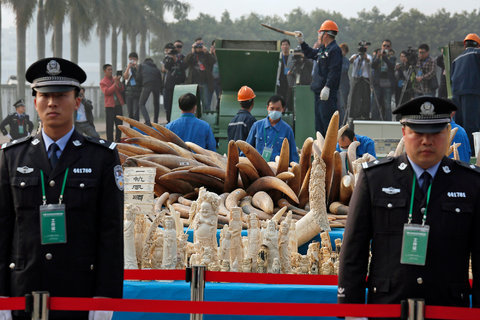 This symbolic act in China was designed to show the Chinese government's resolve to combat wildlife trafficking and to raise public awareness about the connection between ivory and the crisis facing Africa's elephants. This nation, which for centuries has cherished products made from ivory, has an opportunity to ultimately end this crisis. If China can end the demand within its borders and demonstrate to other nations that they can do the same -- the African elephant can be saved.

This important step by the Chinese government marks one of its latest efforts to join a growing global movement to end wildlife trafficking and the illegal ivory market. It is estimated that about 96 elephants a day are killed by poachers in Africa for their ivory. This has resulted in their numbers plummeting in all parts of the continent.

That is why the crushing of the ivory by the Chinese government has received positive responses from the groups fighting each day to save the African elephant. WCS joined several organizations working in China to praise the destruction of ivory, including: IUCN (International Union for Conservation of Nature), WildAid, TNC (The Nature Conservancy), Freeland Foundation, the Roots and Shoots Environmental Education Program, NRDC (Natural Resources Defense Council), and IFAW (International Fund for Animal Welfare). 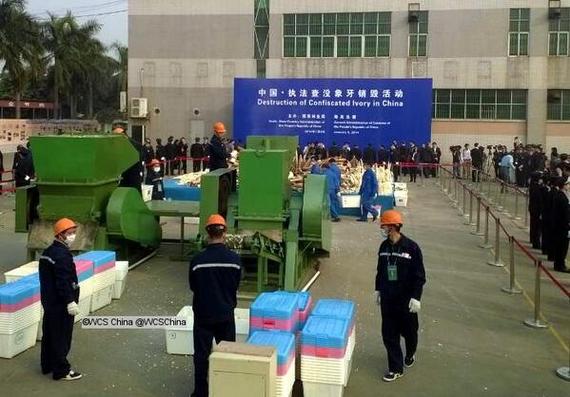 In a joint statement, the organizations said:

"The Chinese government's move to destroy seized ivory conveys a powerful message about the urgent need to end the illegal trafficking of wildlife. It indicates that the government is concerned about the toll ivory trafficking is taking on elephant populations, as well as the other threats to global security that arise in connection with wildlife crime."

Other positive signs for Africa's elephants and other wildlife have recently come from China. In November, an influential Chinese newspaper, Southern Weekly, published an article on the poaching of elephants which subsequently exploded on digital and social media within China; and last month, authorities in Jilin Province arrested five wildlife poachers -- the largest number ever for the province. China's joining the global community in the fight to save Africa's elephants is critically important, given its key role in the ivory trade. 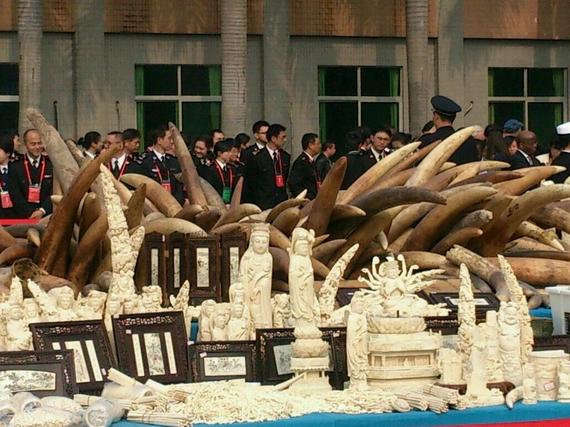 As a community working to save the African elephant, we have worked hard to stop the killing of elephants, stop the trafficking of the ivory, and stop the demand. But we know success will not come unless the Chinese government helps to end the demand. This symbolic ceremony to destroy ivory can turn into something much more. China is positioned to take a leadership role and ultimately to save the African elephant.