Now this is one way to teach sex ed.

According to ImagineChina, the agency that provided the images to HuffPost, the photos are from Yaolan Kindergarten, a school in Zhengzhou, the capital city of Henan province in central China. The pictures were taken in April.

The dolls have, naturally, drawn criticism from some parents. "I am worried that it's not good for the kids to know sexual knowledge so early," one parent said, according to Shanghai Daily.

But China, which has one of the highest abortion rates in the world, is, like many countries, grappling with how to effectively teach sex education in schools.

The Associated Press reports that a 2009 study found that while two-thirds of adolescents and young adults in China "had very limited levels of sexual reproductive health knowledge," they were also open to premarital sex.

According to China Daily, a state-run newspaper, almost two-thirds of abortions performed annually are on women between the ages of 20 and 29, most of whom are unmarried.

In August, the country announced an experimental -- and controversial -- sexual education program in 18 primary schools in Beijing, China Daily reports. Beginning this term, students as young as six years old will be taught about sexuality from "Growing Steps," a textbook that features graphical depictions and descriptions of sex.

China isn't the only country being criticized for how it's teaching sexual education. Last week, the Vatican blasted New York City public schools for teaching condom usage to middle school students, calling it "useless, and even harmful."

Do you think these dolls are effective for teaching sexual education to children? Are the children too young? Take a look at the slideshow below and let us know in the comments. You can also vote in the poll following the images. 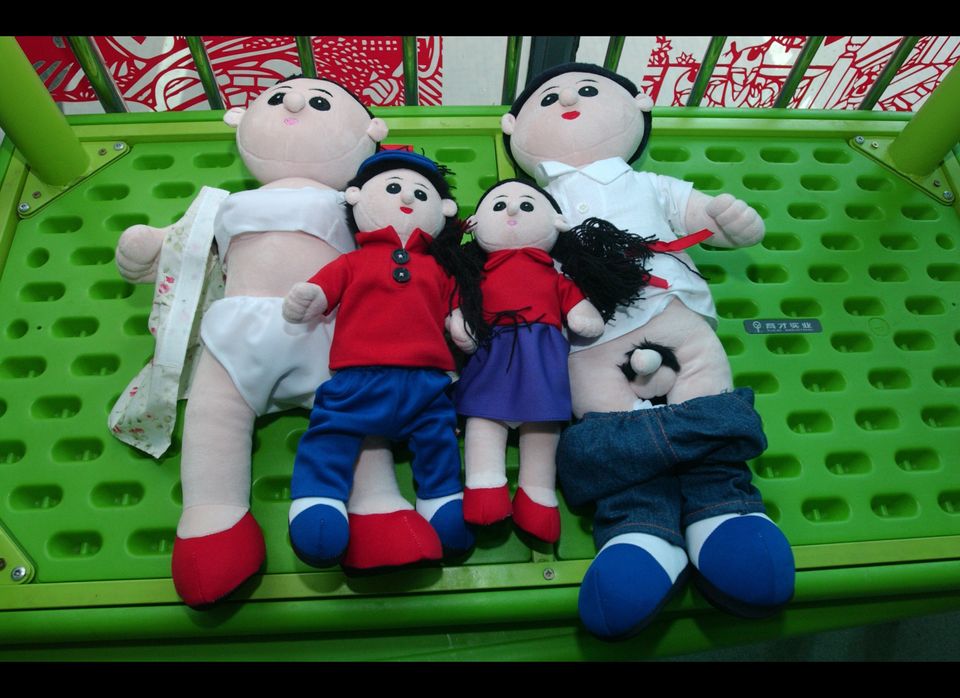