The Shenzhen Longgang district government said on its verified page on Sina Weibo, China's version of Twitter, that five people had died and added that it was investigating the incident.

The sinkhole formed just outside the Huamao Industrial Park in Shenzhen on Monday evening, at a time when many factory workers would have been changing shifts, according to the website of Beijing-based newspaper the Guangming Daily.

Reports said it was unclear how many people had fallen into the hole in total, but the search was continuing on Tuesday.

Sinkholes in China are often blamed on construction works and the country's rapid pace of development.

Surveillance cameras in March captured images of a security guard being swallowed by a sinkhole, also in Shenzhen.

Two months ago a man was killed when his bedroom was swallowed by a eight metre (25 feet) sinkhole in Florida, in the US. 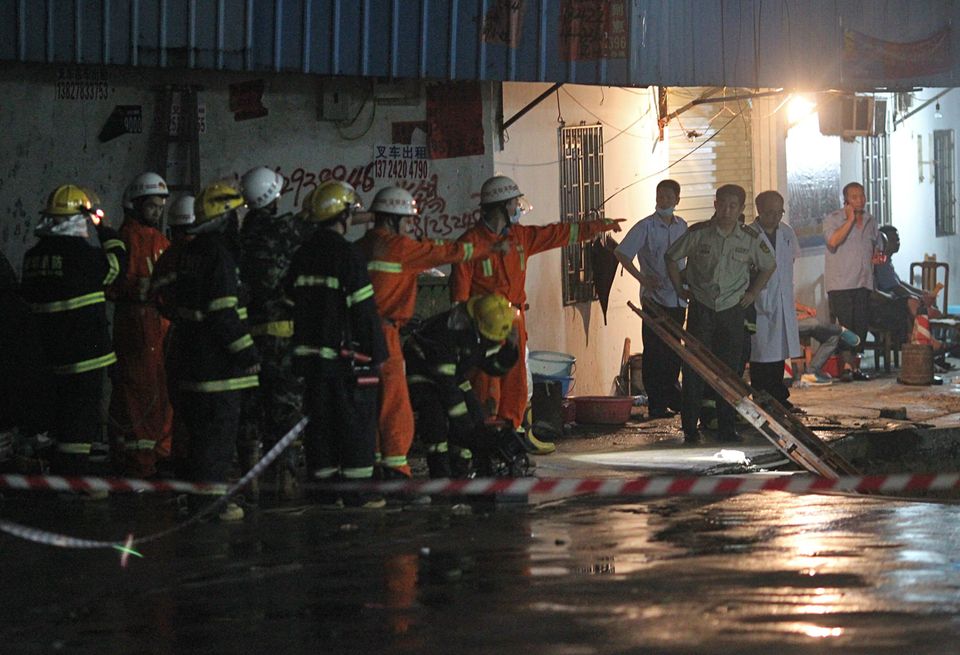