No this isn't the latest 'Derelicte' runway show (though there'll be no surprises if the trend hits Fashion Week next year.)

Thick levels of air pollution in east China meant models were forced to wear surgical masks at a gold jewellery show in Jiangsu province at the weekend. 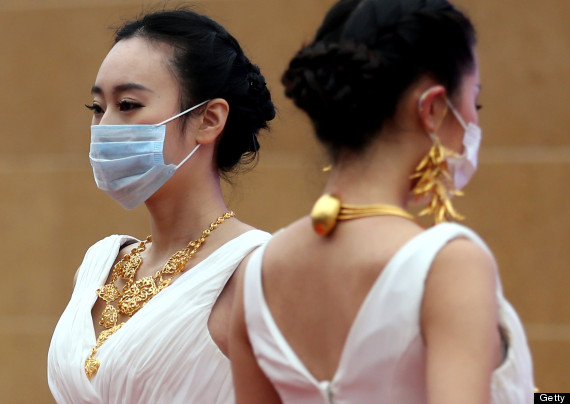 The winter months in particular have seen cities across China hit by heavy smog, much of it caused by emissions from coal-burning power stations.

Last month, an eight-year-old girl's diagnosis of lung cancer was blamed on the country's asphyxiating levels of pollution and smog.