A new book slated for release in Hong Kong next year is bringing China into yet another modern, Western tradition: arguing over the sexual orientation of its former leaders. 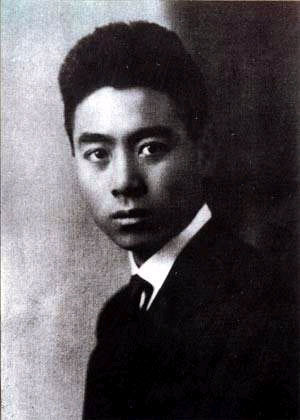 Tsoi draws her conclusions from her analysis of Zhou's journals, particularly his recorded fondness for his junior schoolmate Li Fujing, without whom Zhou wrote he could not live, and who Zhou wrote could "turn sorrow into joy," a sharp contrast with Zhou's apparently lackluster feelings for his wife. Unsurprisingly, Tsoi's reading differs from that of the more traditional historians of mainland China, who have had decades to mull the same material. What Tsoi brings to the table as a former executive editor of the liberal Open Magazine and an apparent chronicler of gay issues is an understanding of queer reality and a willingness to remark upon it. In this way, she is like American agitators who have pointed out gay threads in their own past, often to the doubt and even derision of mainstream scholars in the West.

America has had at least two arguably gay presidents: Abraham Lincoln and James Buchanan. There is ample historical evidence that both were, at the very least, bisexual. And in both cases, the historical mainstream has strongly resisted the call to examine themes that may seem obvious to modern readers. These experiences are likely to predict the path of Zhou's modern story in China, where the state of LGBT rights is similar to that of the U.S. several decades ago. 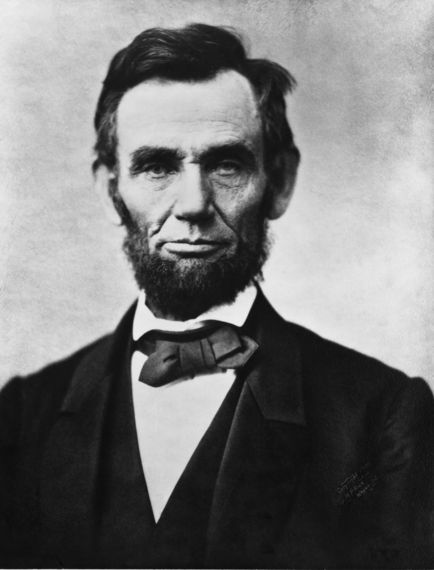 Starting in the mid-aughts, some scholars began seriously considering the possibility that Lincoln's adult relationships extended well beyond Mary Todd Lincoln, his wife of 17 years. Psychologist and writer C.A. Tripp's The Intimate World of Abraham Lincoln, published in 2005, shortly after Tripp's death, examined several seemingly queer aspects of Lincoln's life. The most notable included a poem Lincoln wrote that described a same-sex marriage; his recorded history of sharing a bed with other men, a practice not unheard of in his time; and his relationship with two men, his roommate and bedmate of four years, Joshua Speed, and his bodyguard David Derickson, the latter of which inspired contemporary rumors. (Before their impending marriages, Lincoln and Speed exchanged fraught letters exposing surprising anxieties about each one's own nuptials.) A great-great niece of William Herndon, Lincoln's longtime friend and eventual biographer, has also reported that her family has passed from generation to generation the story that Herndon and Lincoln were lovers.

A 2005 review of Tripp's work published in the New York Times accurately noted that modern notions of homosexuality don't apply to Lincoln's era. Other scholars were also quick to seize on that idea. Writing in Time magazine, essayist Joshua Wolf Shenk argued that "[r]ecent claims that Lincoln was gay -- based on a tortured misreading of conventional 19th century sleeping arrangements -- resemble the long-standing efforts to draft the famously nonsectarian man for one Christian denomination or another." Shenk railed against Tripp's "'epistemological hubris'" in assigning modern notions of sexuality to a time when "men could be openly affectionate with one another, physically and verbally, without having to stake their identity on it," and noted with seeming derision that Tripp's newfangled electronic search of Lincoln's records "yielded the delicious bit that Lincoln's New Salem, Ill., friend William Greene considered his thighs 'as perfect as a human being's could be.'"

Shenk was hardly alone in his views; much of the mainstream has viewed Tripp's take on Lincoln as ahistorical, suspicious and, apparently, immature. This is hardly a surprise; any time a gay historian claims a kinship with a historical figure, he or she is accused of inventing the connection in order to manufacture an affinity with that figure. Straight historians seem oblivious to the idea that this criticism could apply equally to them when they assume, without any supporting evidence, that a given historical figure was heterosexual.

Straight historians also seem to believe that if a comfortingly de-sexualized explanation for a historical fact exists, it necessarily negates the sexual possibilities. Take the example of Lincoln's practice of sharing a bed with another man, known as co-sleeping. While the practice may not be inherently gay, it's a necessary prerequisite for an awful lot of gay acts, knowledge of which is reflected in old, homophobic criminal laws. But Shenk argued that co-sleeping was merely akin to the modern sharing of houses and apartments by men, apparently oblivious to the fact that that's exactly what many gay couples do nowadays. (Do one hundred percent straight friends really sign letters to each other with the tagline "Yours forever," as Lincoln and Speed did?) 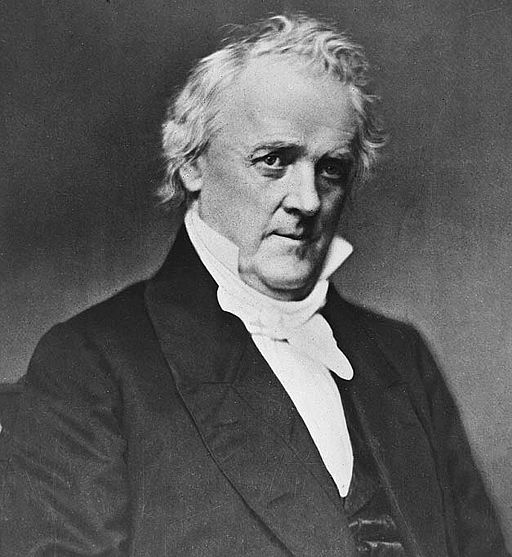 Buchanan should be an easier case, both because he was more obviously queer and is a less revered historical figure. But even he hasn't been allowed to simply be gay, and identity groups aren't exactly lining up to lay claim to the president who apparently approved of the Dred Scott debacle, described slavery in the territories in his inaugural address as "happily, a matter of but little practical importance" just before the South seceded, and went to war with Mormons in Utah. The only president to never marry, Buchanan was a lifelong bachelor who lived for 10 years with Democratic senator William Rufus King. Even at the time, others said they knew exactly what was going on: Andrew Jackson referred to Buchanan as "Aunt Nancy," while Alabamans called King "Aunt Fancy," and others considered King to be Buchanan's "better half" and "his wife." When King moved away to become an ambassador to France, Buchanan wrote that he was "now 'solitary and alone,' having no companion in the house with me. I have gone a wooing to several gentlemen, but have not succeeded with any one of them."

Yet even with such seemingly overwhelming evidence of a male-male sexual and romantic relationship, there are still those who argue that labeling Buchanan as "gay" injects too much contemporary understanding into an alien historical context. A 2012 article in Time magazine noted that "[o]ther historians, however, believe that his relationship with King was in fact more complex than that, and that the book is far from closed on the matter of Buchanan's sexuality." One wonders what more Buchanan could have done to show that he was gay short of overtly committing the very acts that would have gotten him arrested in his time.

To be sure, the Zhou deniers in China will have not just mainstream culture on their side, but the force of a Communist Party unwilling to revisit a resolutely heteronormative founding narrative. The book, or its assertions on Zhou, will almost certainly be banned in the mainland, as Tsoi herself acknowledges. But observers rightly decrying the party-state's censorship should remember that much of the opposition Zhou, and Tsoi, are likely to face will parallel what Lincoln, Buchanan and their modern biographers have faced in the United States. Ostensibly straight mainstream historians will claim that Tsoi is a revisionist, that she is applying ahistorical labels, or even that she is sensationalizing normal, platonic male affection.

The arguments for Zhou's heterosexuality will be as biased as those for Lincoln's and Buchanan's -- and for that matter, other famous historical figures like William Shakespeare and Susan B. Anthony. Straight academics will insist with straight faces that by default all previous human beings conformed to a particular idea of sexuality, ignoring the natural (and statistically inevitable) human variation that has spread LGBT identity throughout the globe, and across generations. We are doing a disservice to our natural diversity when we insist that historical figures must be straight until conclusively proven otherwise, yet need no evidence to be presumed heterosexual. Whatever the evidence reveals in Zhou's case, these debates should help us explore both our past and our present understandings of sexual orientation, be they American or Chinese, gay or straight -- or anywhere else along the great spectrum of human identity.