As the Chinese government prepares to put the disgraced former Politburo Standing Committee member Zhou Yongkang on trial in 2015, the question on the minds of most observers is whether the courtroom proceedings against Zhou will adhere to both Chinese criminal procedures and the well-established legal principle of fairness. There is little doubt that Zhou's trial will be the most sensational legal -- and political -- event since the public trial of the Gang of Four (the widow of Mao Zedong and her three co-conspirators) in 1980.

The stakes in a successful trial of Zhou are therefore extremely high for the Chinese government and President Xi Jinping. To be sure, Zhou is a widely reviled figure. During his tenure as China's internal security czar, Zhou was responsible for reversing the progress of legal reform and condoning practices that systematically violated Chinese law and individual rights. The wide-ranging investigation into the alleged corrupt activities perpetrated by his cronies, family members, and himself has also yielded, at least according to media reports, abundant evidence of serious criminal acts.

Yet, given the fact that Zhou also happened to be a political adversary of President Xi, and lost a vicious power struggle on the eve of China's leadership transition in 2012, there are lingering doubts about the motives behind sending this "mega-tiger" (a corrupt top Chinese leader) to jail.

So far, the Chinese government has not done much to dispel such doubts. The trail of Zhou will be the last opportunity for Beijing to establish, beyond reasonable doubt, Zhou's criminal culpability in China's most infamous scandal.

According to past experience, Zhou's trial is most likely to take place at the end of 2015.

Typically, Chinese prosecutors need 10 to 11 months to prepare for such a high-profile case. For example, Bo Xilai, the former party chief of Chongqing and a Zhou ally, was tried in late August 2013, 11 months after his case was transferred to the prosecutors from the Communist Party's Central Commission for Discipline and Inspection.

If the Chinese government follows this schedule, it should have plenty of time to take all the precautionary measures to ensure an open, fair and dignified trial for Zhou.

At the moment, because Zhou has been accused of "leaking the secrets of the party and the state," some observers worry whether such serious charges will be used as grounds for holding a secret trial. The most sensible way for the Chinese government to address such concerns is to pledge that the criminal proceedings against Zhou unrelated to changes of leaking "state secrets" will be open to the public.

In addition, the Chinese government may draw some valuable lessons from the Bo Xilai trial. While the Bo trial was conducted more openly than expected, some of the proceedings were flawed. For example, allowing Bo's wife -- a convicted murderer serving a suspended death sentence -- to testify against her husband via video and without cross examination was a legal misstep.

Another mistake, perhaps committed out of the desire to avoid staging a show trial, was to let Bo defend himself and turn the courtroom into a political stage. The presiding judges, probably showing too much deference to the defendant due to his high political status, diminished the authority and dignity of the court. The legal defense team for Bo was conspicuous by its low profile, if not absence, in the courtroom.

Compared with Bo, Zhou may be a more formidable defendant in the courtroom. Having watched Bo's trial (Zhou was not detained until December 2013), Zhou must know that he is likely to get a suspended death sentence (even with the seriousness of the charges against him, there is little chance that he will be executed). With nothing to lose, Zhou could be far more defiant and confrontational in court than Bo.

Alternatively, realizing that his cooperative behavior in the courtroom could result in leniency for his elder son, Zhou Bin, who has also been detained, Zhou might behave like nearly all corrupt party officials: confessing their crimes and begging the party for forgiveness.

Either outcome -- a political circus or a show trial -- would gravely damage the credibility of the Chinese government and its pledged legal reform. One of the reforms being pursued is to give judges greater power and autonomy in trials.

The upcoming Zhou case should provide an ideal test for this proposed reform. In his trial, Zhou should be treated like an ordinary criminal defendant, presented by qualified and independent counsel. The presiding judge should have complete control and uphold the dignity of the proceedings.

Needless to say, the entire proceedings should be made public via weibo, China's twitter-like service. Obviously, having a less scripted trial runs the risk of allowing unpleasant surprises in the courtroom. But this is a risk worth taking. A messy but fair and open trial, with an authoritative judge safeguarding the defendant's rights and the legal procedures, will do wonders to advance China's legal reform agenda -- and convince the skeptics that the case against Zhou was not motivated by political considerations.

China's Most Sensational Trial in Decades: Will It Be Political or Legal?
Zhou Yongkang 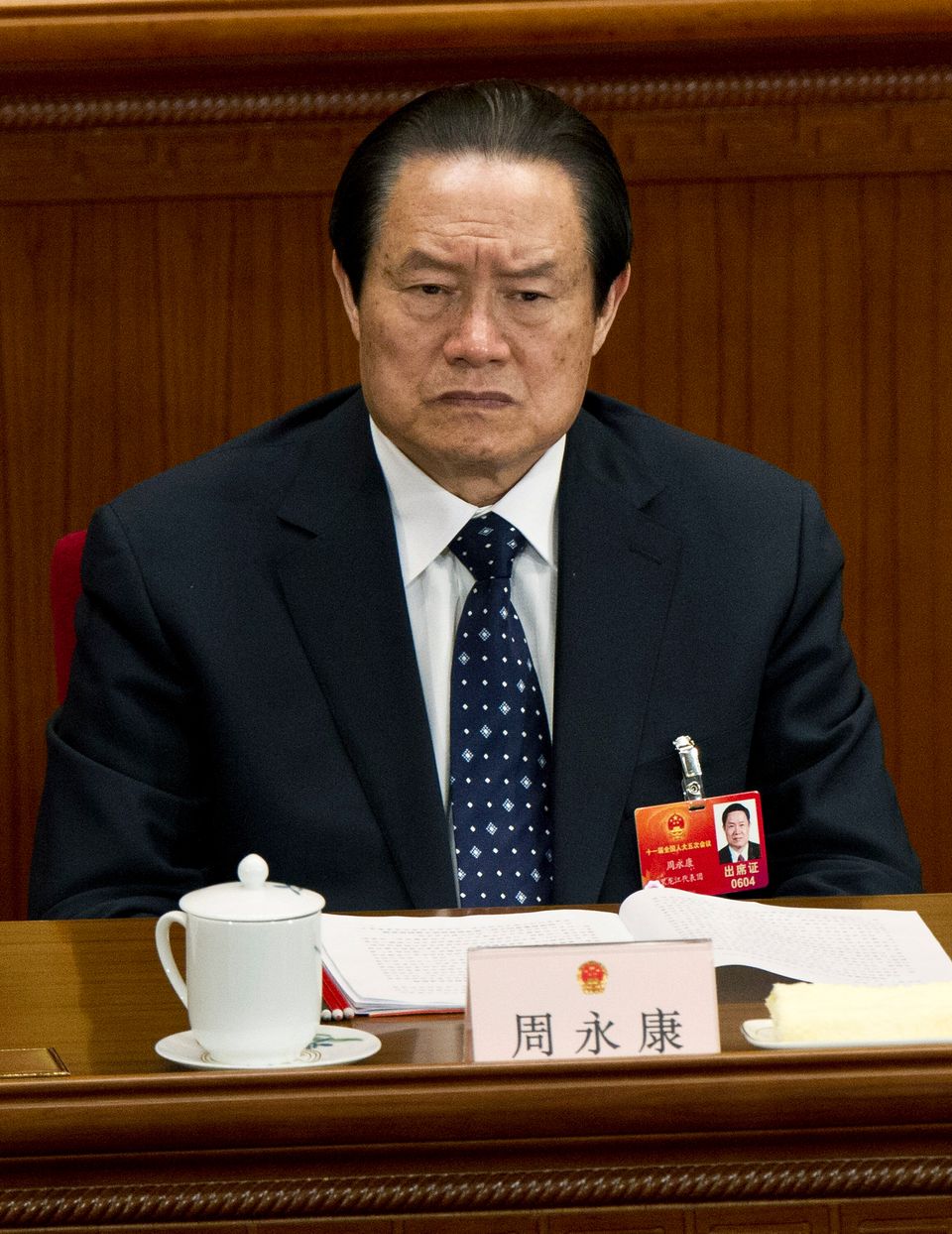 1 / 12
In this March 11, 2012 file photo, Zhou Yongkang, then Chinese Communist Party Politburo Standing Committee member in charge of security, attends a plenary session of the National People's Congress at the Great Hall of the People in Beijing, China. (AP Photo/Andy Wong, File)
AP