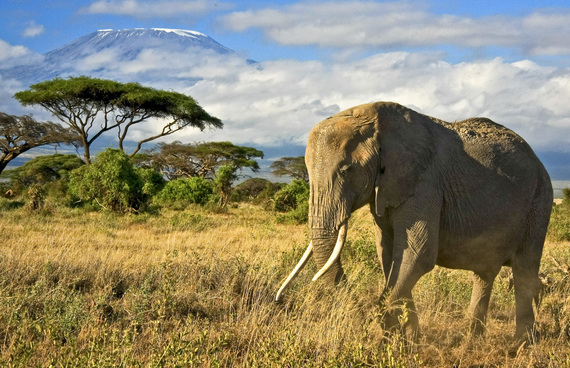 In China, business leaders are stepping up to address the country's--and the world's--big conservation challenges. © Danielle Mussman

Mark Tercek is President and CEO of the Nature Conservancy and author of Nature's Fortune. Follow Mark on Twitter: @MarkTercek.

China's economic growth over the last few decades has been extraordinary. Hundreds of millions of Chinese people have entered the country's new middle class--one of the greatest and fastest increases in human well-being ever achieved.

China's economic success is a very positive development in many respects of course. But it's also led to some unintended consequences, from declining air, water and soil quality to soaring carbon emissions.

Fortunately, China is now benefiting from new and important philanthropic initiatives. At the Nature Conservancy (TNC), we are proud to work with an influential group of Chinese leaders to address some of the country's biggest environmental challenges. And their influence doesn't stop at the Chinese border.

This week, I'm pleased to be in China with this group. TNC's global Board of Directors is holding its first-ever joint meeting with the boards of our China program and our local partner the Taohuayuan Foundation.

Here are four ways TNC's China Board is pursuing solutions to environmental challenges in China and beyond:

The reserve protects critical panda habitat and connects several existing nature reserves to create a buffer land that will help keep out poachers. We are also creating new livelihood opportunities for local people through community development projects like sustainable farming and beekeeping.

We are now working with the Taohuayuan Foundation-formed by several China Board members--to replicate this land trust model across the country.

By combining TNC's scientific experience with Taohuayuan's ability to navigate local policy and build sustainable finance models, our goal is to create 10 land trust reserves in five provinces by the end of 2018. 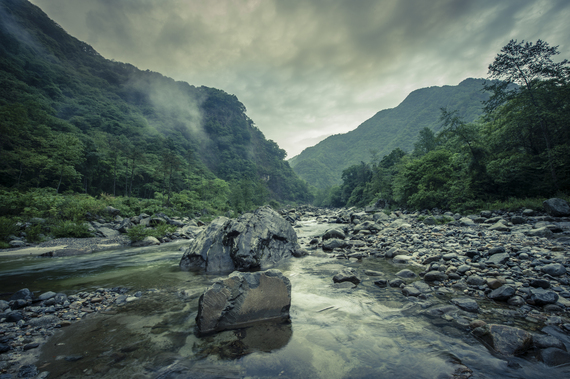 The Laohegou Nature Preserve in Sichuan Province is a replicable model for expanding conservation across China. © Nick Hall for the Nature Conservancy

In 2011, TNC's China Board members created the China Global Conservation Fund (CGCF) to expand the base of support for global conservation.

With a lead gift from Jack Ma that inspired other philanthropists, to date the fund has raised $17.2 million and supported 21 TNC projects around the world. These range from protecting elephants in Kenya, to addressing the impact of mining in the Solomon Islands, to tackling deforestation in Brazil.

This week, we are proud to announce several new gifts to the CGCF, including a $3 million commitment from Pony Ma, $1 million from Zhu Baoguo and $1 million from an anonymous CGCF committee member.

It's very encouraging to see Chinese citizens stepping up to support important conservation work outside China's borders and join their philanthropic peers in other countries. 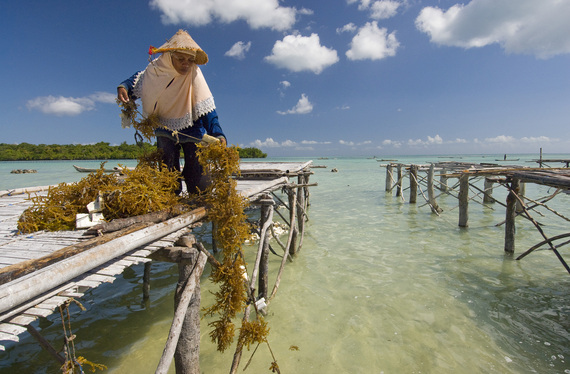 Our close working relationship with these influential Chinese leaders has also helped us forge important partnerships.

During this week's trip, members of the three boards plan to meet jointly with leaders from companies, such as China Three Gorges Corporation, to help shape sustainable business decisions.

TNC has worked with China Three Gorges, which operates the world's largest dam, since 2008 to do research, share information and implement science-based solutions that lessen the dam's impact on the Yangtze River and its ecosystem - including key fish species that are important both ecologically and economically.

For instance, the company has for several years released extra water from the dam in June to mimic the seasonal floods that used to naturally occur downstream in the Yangtze River. We hope these engineered floods will help carp populations rebound by giving fish the ability to once again spawn in flooded fields and wetlands near the river each June.

As hydropower emerges as an attractive form of low-carbon energy, dam investments around the world will continue to increase. Often, environmentalists rally against dams, but with more than 3,000 new hydropower dams already planned over the next decades, we can't just say "no" - we sometimes need to ask "how?" Working with companies like China Three Gorges is an important opportunity to make the trajectory of dam development more sustainable. 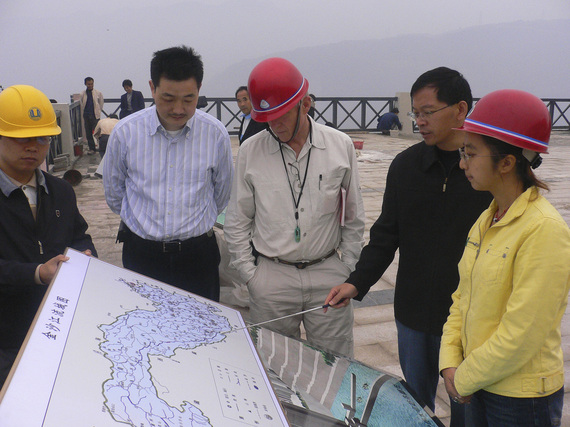 We're also working with these leaders to find ways to mitigate and adapt to climate change in China. Opportunities range from restoring reefs and wetlands that protect against climate impacts, to helping decision makers reduce the environmental impacts of renewable energy.

As part of a big forest restoration initiative, last year alone we planted more than 2.3 million native trees in Yunnan, Sichuan and Inner Mongolia. Besides absorbing the heat-trapping carbon dioxide that causes climate change, trees are good for people, too - they help clean the air and cool off urban areas.

So far, we've implemented six carbon sequestration projects in China, restoring 11,400 hectares of forests that will absorb 2.6 million tonnes of carbon dioxide - equal to taking 400,000 cars off the road for a year. And through our collaborations with Chinese influencers, we hope to scale up this work even more. 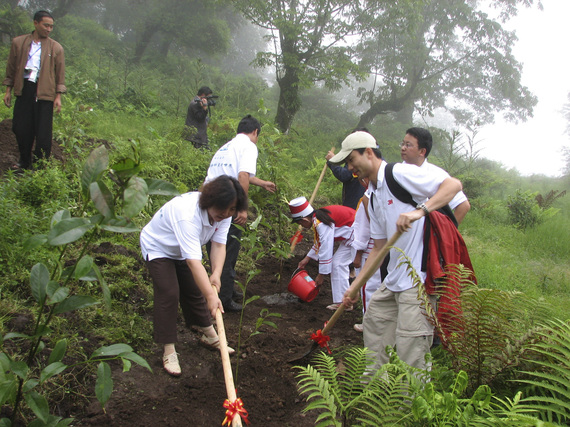 Since our founding in 1951, TNC's volunteer leaders have been the secret to our success. They not only provide critical funding for our conservation work, but also offer their time, energy and expertise.

While our China Board, founded in 2009, is relatively young, the group is already having an outsized impact on addressing China's--and the world's--big conservation challenges. It's an honor to work alongside these leaders who are putting their country on the stage of global philanthropy and conservation.