BEIJING -- The coming crash of the Chinese economy has reemerged as a popular view in the global media. The reason for such a prediction this time is the persistent deceleration of China's growth after 2010. The growth rate dropped from 10.6 percent in 2010 to 7.3 percent in 2014 and further down to 6.9 percent in 2015, which is the lowest record in 25 years. It is the first time that China has experienced such an extended period of deceleration after the transition to a market economy in 1979.

The downward pressure continues to be huge. This deceleration is commonly attributed to China's internal structural problems, such as inefficient state ownership, high debt leverage, aging and an unsustainable investment-led growth model. Such structural problems are hard to solve. As such, a crash is believed unavoidable. The turmoil in the stock market and foreign exchange market since the second half of last year further reinforces this pessimism about China's future. It was the dominant view at the recent Davos conclave and other international fora.

As an economy in transition, China does have many structural problems. The Third Plenum's decision for comprehensively deepening reform in 2013 aims to address those issues. However, the deceleration after 2010 is in fact mostly due to external and cyclical factors.

In 2010 the growth rates of Brazil, India and Russia, the other BRIC countries, were respectively 7.5 percent, 10.3 percent and 4.5 percent. Their growth rates in 2014 dropped down to 0.14 percent, 7.3 percent and 0.6 percent. Their growth deceleration is similar to China's and the drop is even bigger. We cannot attribute their slowdown to China's structural problems. Moreover, the growth rates of South Korea and Singapore in 2010 were 6.1 percent and 15.2 percent, and in 2014 sharply down to 3.3 percent and 2.9 percent. They are high-income, high-performing economies and are supposed to have few structural problems. However, they encountered an even sharper growth deceleration in the same period than that of China. Only common external and cyclical factors can explain why these countries had a similar pattern of growth deceleration in the same period of time.

High-income, high-performing economies are supposed to have few structural problems. However, they encountered an even sharper growth deceleration in the same period than that of China.

In fact, it is not hard to understand the causes for such a simultaneous deceleration in so many countries. There are three drivers of growth in a country: exports, investment and consumption.

Firstly, from 1979 to 2013, China's average annual export growth rate was 16.8 percent. However, due to a slow recovery from the 2008 global financial crisis and consequent subdued demand growth in the United States, Europe and other developed countries, the export growth rate dropped sharply to 6.1 percent in 2014 and further down to -1.8 percent in 2015. Other emerging market economies and the East Asian export-oriented high-income economies were similarly affected.

Secondly, facing the 2008 global crisis, China, like other countries, adopted a fiscal stimulus to support investments. Those investment projects have been completed. The global economy has not yet returned to normal and external demand is weak. If there is no new stimulus, investment growth inevitably will have a cyclical deceleration. Such a cyclical decline in investment is also common to all countries.

With weak growth in export and investment, consumption becomes the main driver of economic growth. China's consumption growth has been stable at around 8 percent due to the steady employment rate. Other emerging market economies and the high-income, high-performing, export-oriented East Asian economies, consumption growth was not as robust China's. Consequently, their deceleration is much sharper than China's.

It has been eight years since the hit of the 2008 global crisis. The United States, eurozone and other developed countries are yet to return to normal growth. Due to political reasons it is difficult for the crisis-hit high-income countries to implement necessary structural reforms such as reducing wages, lowering social benefits, financial deleveraging and consolidating budget deficit in order to enhance economic competitiveness and vitality. They may be trapped in lost decades, like Japan after the burst of bubble in 1991, with sluggish growth contributing to weak global demand. Future growth in China and other emerging market economies will have to rely mostly on domestic demand.

China's Goal Is 6.5 Percent and Above Growth

The Chinese government's goal is to maintain a moderate high growth rate of 6.5 percent and above annually in the 13th Five-Year Plan period between 2016 and 2020 so as to double GDP and household income by 2020 from 2010 levels. As external demand is likely to be weak in the coming years, whether China will be able to achieve its growth target depends on the situation of domestic demand, including investment and consumption. There are good opportunities in both areas.

First, as a middle-income country, China has ample opportunities for industrial upgrading. Even though there is serious excess capacity in steel, cement, glass, aluminum, shipbuilding and other industries -- while the traditional labor-intensive processing industries have lost comparative advantage due to rising wages -- they all belong to the category of middle-low industries. China has many investment opportunities in moving up the industrial ladder to middle-high industries, such as special steels, precision-machine tools, advanced equipment, etc. Such investments will generate high economic returns.

Second, infrastructure investments in China in the past were mainly for the purpose of connecting one city to another city through highways, high-speed train, airports and seaports. Infrastructure within cities, such as subways and sewage, however, are in serious shortage. Investments in those areas can reduce transaction costs, enhance economic efficiency and generate high social and economic returns.

The existence of many good investment opportunities during the present economic slowdown is the major difference between China as a developing country and the developed countries.

Lastly, urbanization. Currently, only around 55 percent of China's population lives in urban areas. The urbanization rate in high-income countries generally exceeds 80 percent. With economic development and the increase in the urbanization rate in the coming years, investment is required for providing housing, urban infrastructure and other public services.

China Has the Necessary Resources for Investment

First, the total accumulated public debt of the central and local governments in China is less than 60 percent of GDP. In most other developing and developed countries, their government debts have exceeded 100 percent of their GDPs.

Second, China's household savings is nearly 50 percent of GDP, one of the highest in the world. The government can use active fiscal policy to leverage private investments, including using private-public partnership to build infrastructure. 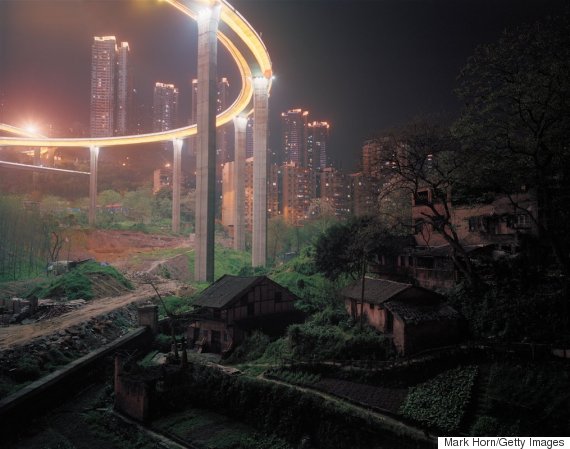 The above conditions explain why China differs from other developing countries. Other developing countries also have many good investment opportunities, but their investments are often constrained by the government's poor fiscal strength, low private savings rate or inadequate foreign exchange reserves when they encounter external shocks and downward growth pressure. China has no such constraints.

With the above favorable conditions, China will be able to maintain a reasonably high investment growth rate, which will create jobs, increase household income and maintain consumption growth at a reasonably high rate. Such favorable conditions will not change in the 13th Five-Year Plan period. Even if external conditions do not improve and export growth is relatively weak, China still has the ability to achieve the growth target of 6.5 percent and above by relying on domestic investment and consumption growth.

Because it is able to reach its target growth rate, China will continue to be the main growth engine in the world, contributing around 30 percent of global growth annually.