In 2014, the Committee to Protect Journalists singled out China as the world's worst jailer of journalists. Uyghurs, a Turkic people indigenous to China's northwest, make up a shocking proportion of those in jail. Though they make up less than 1% of China's population overall, CPJ found that 17 of 44 jailed journalists in China were Uyghurs, nearly 40%. This staggering rate highlights China's desire to control information about Uyghurs and restrict their freedom of speech and of the press.

China's free speech reprisal goes beyond jailing journalists. After its census was released, CPJ reported a case not included in the tally: a Uyghur journalist whose brothers were imprisoned as a result of his work. Authorities have harassed the family of Shohret Hoshur, who works for Radio Free Asia, since 2009 in order to silence Hoshur's critical reporting on Uyghurs from overseas. Last year, one of his brothers was sentenced to 5 years in prison for speaking to Hoshur, and two of his other brothers have also been detained. Marking the severity of the injustice, the US State Department appealed for China to stop harassing Hoshur's innocent family.

Family harassment is a common tactic employed by Chinese authorities to silence Uyghurs. Earlier this month, the Uyghur Human Rights Project mailed a petition with over 500 signatures to President Xi Jinping urging him to release a list of Uyghur political prisoners. The petition, launched in October alongside a UHRP report on the prisoners, focused on eight individuals jailed for up to 25 years for political reasons. They are innocent. In the case of journalist Gulmire Imin, her "crime" was working on a Uyghur language website and message forum - she is one of many Uyghurs included in CPJ's imprisoned journalist census. And as in the case of the CPJ census, behind many of the prisoners selected for the list are families devastated by state persecution. 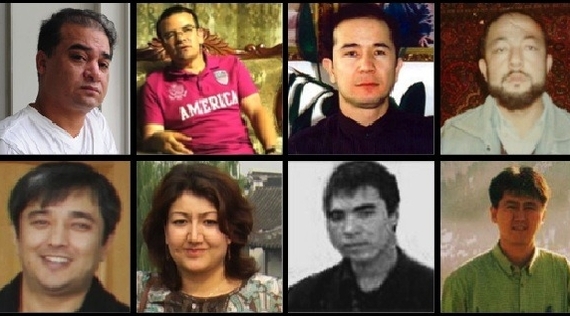 One prisoner in the petition, Ablikim Abdureyim, highlights with devastating poignancy how China punishes outspoken Uyghurs' families. Ablikim was sentenced to nine years in prison in 2006 after his mother, Uyghur democracy leader Rebiya Kadeer was elected president of the Uyghur American Association and the World Uyghur Congress. He was tortured in prison, and UHRP selected his case to illustrate the endemic nature of torture facing Uyghur prisoners. Ablikim's brother Alim, imprisoned for seven years, was also tortured. In total, more than 30 of Ms. Kadeer's relatives in China including her children and grandchildren have been targeted, evicted from their homes, and in some cases forced to speak out against her on public television.

A pattern apparent in these cases is the application of pressure on families in China to convince overseas Uyghurs to cease raising awareness of human rights abuses in China, an increasingly common tactic in 2014. In addition to Hoshur's family, authorities have singled out the family of Ilshat Hassan, an activist who serves on the board of the Uyghur American Association and frequently writes for the Mandarin-language Chinese democracy site boxun.com. In August, Hassan's sister was detained. A similar fate met the younger brother of Australian activist Ghopur, who was sentenced to 10 years. Overseas Uyghurs, free to analyze and question Chinese policies, pose a major threat to state media control.

Family pressure is also used to stymie asylum seekers. In a 2011 report by UHRP on asylum seekers in Europe, many interviewees said that their families in China had been pressured for them to return, and in a report that year the Dutch Foreign Ministry also highlighted this problem as widespread among Uyghurs seeking asylum there. RFA reported in 2012 that China pressured parents whose children sought asylum abroad to return, or their parents risked losing their passports and never seeing their children again.

The families of Uyghur people in China are no less vulnerable to state pressure. Chinese authorities have targeted another prisoner's family who was included in the UHRP petition, Uyghur academic Ilham Tohti, both before and since his detention last year. In an autobiographical essay in 2011, Professor Tohti explained that throughout his career and particularly since he founded the Uyghur Online website in 2006 his family has come under fire. "Pressure has mounted not only on my professional life, but also on my relatives in Xinjiang," he wrote. "They have often bitterly entreated me in the hope that I will speak out less, mind my own business, and focus on making money." After he was convicted last September, authorities seized his family's assets and targeted the home with heavy surveillance.

China's brutal targeting of Uyghurs who speak freely, especially through family pressure, demarcates limits on free speech and press freedom, recently articulated in Chinese officials' reaction to the Charlie Hebdo massacre in Paris. News of violent incidents in East Turkestan are regularly followed by media blackouts, and broader policy decisions targeting Uyghur language, religion, culture and political status are strictly off-limits for debate. Gulmire Imin, Ilham Tohti, Shohret Hoshur and Ilshat Hassan have been punished only for seeking to discuss events affecting their community and fostering dialogue among Uyghurs, between Uyghurs and Han Chinese, and with the international community. To build stability in the Uyghur region, China must allow this peaceful dialogue and release its proponents from prison. 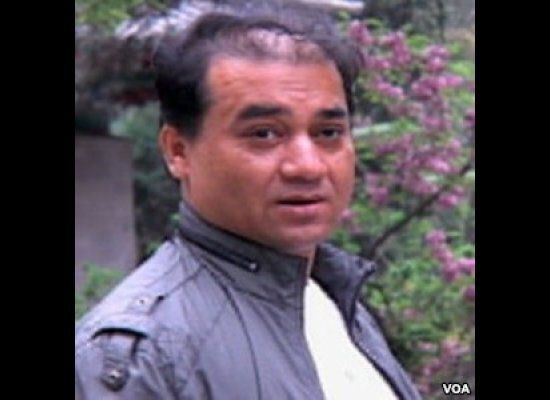 1 / 8
Ilham Tohti
Ilham Tohti was a noted Uyghur academic and economics professor at Minzu University in Beijing. Professor Ilham also ran the Uighurbiz website, a forum in Mandarin Chinese to discuss economic, social and cultural issues facing the Uyghur people in China. He was handed a life sentence on September 23, 2014 after a trial that fell far below international standards. Read his <a href="http://uhrp.org/political-prisoners-2014/ilham-tohti" target="_hplink">full profile</a>.