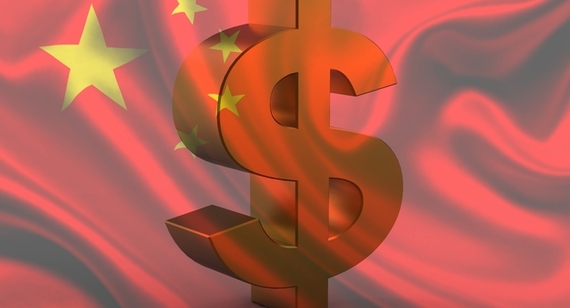 If there was one virtue that China projected, it was an economy that could handle like a BMW, and go from 0 to 7.5% growth in 3 months. The 2008 global "great recession" appeared like a test drive. The globe appeared prepared to tolerate human rights abuse of minorities, suffocation of dissent, gross pollution and even overt territorial threats to neighbors if that meant having China as the engine for global growth.

However, the illusion of a centrally controlled economy acting out its role on a capitalist global stage has taken perhaps an unexpected and potentially dangerous turn. China's economy has slowed down markedly, and this has left much of the globe's policy makers without the safety net most assumed Beijing represented with its vast foreign currency reserves. Worse, with its recent devaluation, China has now joined the currency wars rather than stand above them, and there is the real risk of recession and deflation waiting as landmines for the next step of interest rate hikes, whether from the US Fed and the ECB. The IMF is aware of the risk, but will anyone listen in Beijing or Washington, or merely engage in verbal swashbuckling particularly as the US Presidential campaign takes main stage? (Read: "IMF sees Risk for US Economy if Interest Rates Raised Prematurely")

There are even greater long standing consequences of the illusory China. We have come to tolerate, and some even model their own economic plans on the basis of a miracle. Workers' rights are subdued presumably as part of labor competing on a global scale. Income inequality is given lip service while a new class of super-entitled control not only capital but the buying and selling of politics. The state is ever more embedded into everything from bedrooms to culture, and freedom on the Internet. Beijing urges and applies greater "regulation" as necessary to maximize the commercial utility of the Web. (See: "Come to the Virtual Atlantis")

Suffocating in its Own Pollution

Worse is coming perhaps, as evidenced by the past several decades of suffocation of the environment, contamination of food and industrial accidents that dominate China's economic expansion. The recent explosion at China's Tianjin seaport and the still continuing poisons spewing out are only the tip of a big iceberg, and the lack of transparency only makes it less visible and more difficult to asses and address.

Realignment of Global Alliances as Response to Domestic Failings?

Can it get any worse? Unfortunately now being exposed, the authoritarian, quasi-Communist emperors in Beijing need an outlet for the dashed hopes and disapproval of their populations. They will not admit that their mutation of centrally controlled economy, capitalist transplants and authoritarian politics is doomed. There is no utopia. The excesses of a new elite will be symbolically punished by firing squads, somewhat more convincing than the treatment of a few oligarchs in Putin's Russia. Dissent, whether of political opponents, artists or minorities, will be mercilessly suppressed as purported dangers to the state. More troubling, nationalism will be ever more the outlet. Whether imposing its territorial claims in the East China Sea (Japan and Korea) and/or South China Sea (Brunei, Malaysia, Philippines, Vietnam, Taiwan, etc.,) Beijing will rouse national honor to camouflage domestic economic and political deficiencies. The US will appear as potential opponent on one side while Putin's Moscow will be a willing ally on the other, with its own agenda of distracting Washington. (See: "Construction According to Putin's Model...")

What Would Donald Trump Do?

I don't buy Donald Trump's political grandstanding of accusing "our leaders of being stupid" in dealing with Beijing. Indeed, it would be both tragic and comic in Shakespearean definition, to watch an encounter between the Great Donald and Beijing leaders, beyond lost in translation. It is more accurate that the US may have to choose between bad and worse options lacking obvious tools to counter Beijing's excesses. The UN may not be as yet mature enough to address systemic abuses arising from members of the "P-5," the UN's Security Council Veto powers. (See: "UN at 70, Ready to Be Retired?") Beijing, anyway, has already resisted any effort to resolve its territorial disputes with neighbors in a multilateral forum or via international courts as the International Court of Justice. Beijing tactically sees it more opportune to pressure, bully its smaller neighbors into concession rather than accede to a broader regional approach and compromise.

Mercantilist at the Core

The China economic miracle has from the outset lacked the transparency as well as political and societal freedom needed for sustainability. Utopia is much less and perhaps worse if imposed from the top of an authoritarian hierarchy. The new China has been grounded in mercantilist ambitions rather than such to benefit its citizens or neighbors and globe as whole, while fed by memories of when it suffered from the dominance of others. Now that it is coming undone, could we also foresee a China adopting the excesses of mercantilism exhibited by previous reiterations, from European colonial powers to more recently the Imperial Japan of a century earlier?